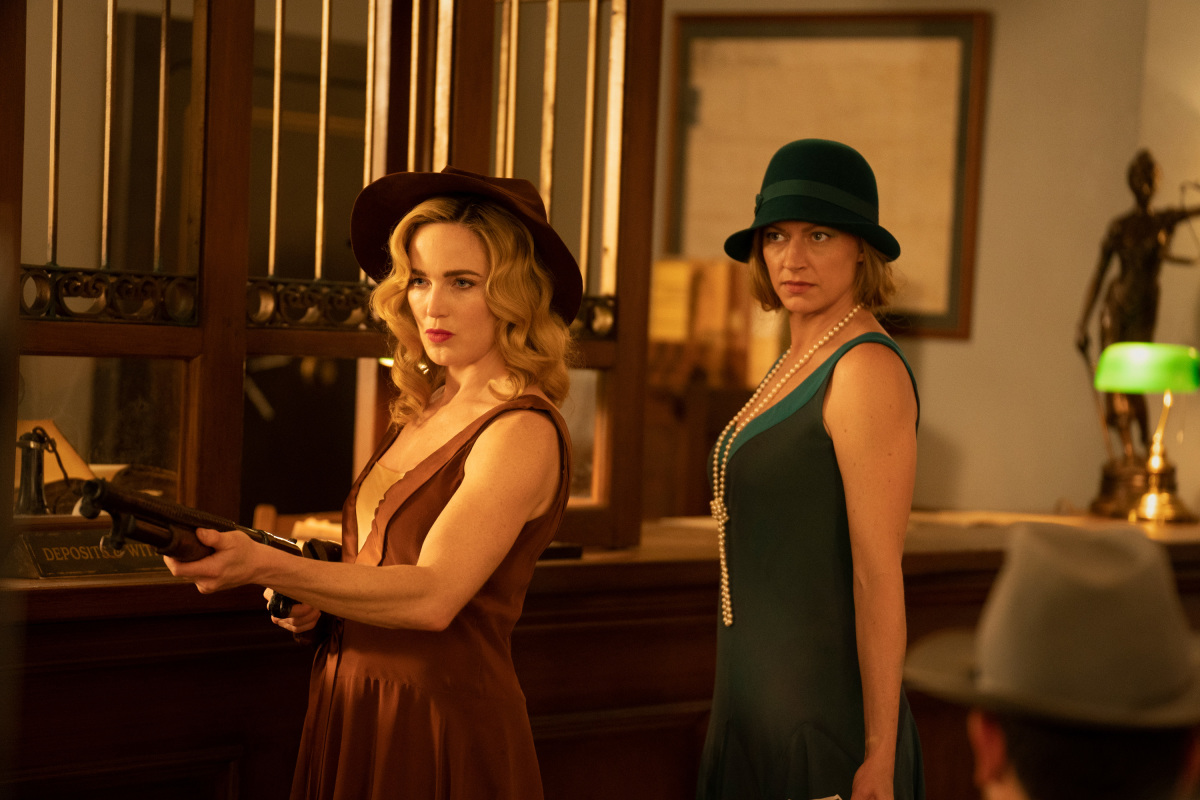 This week’s episode of ‘DC’s Legends of Tomorrow‘ season 7 provides the viewers with a formal introduction to Dr. Gwyn Davis, who holds the fate of the Legends in his hands. He is the person responsible for constructing the time machine that could effectively help them leave the time period they are trapped in. Sara, Behrad, Gary, and Ava try to catch hold of time travel notes in order to kickstart their mission. The rest of the episode is outlined in the recap. If you’re excited for next week, we’d like to give you a brief rundown on what to expect from episode 6!

‘DC’s Legends of Tomorrow’ season 7 episode 6 will premiere on November 17, 2021, at 8 pm ET on The CW. Every episode is of 42–45 minutes in length, and new ones air on the network weekly every Wednesday.

Where to Watch DC’s Legends of Tomorrow Season 7 Episode 6 Online?

To watch ‘DC’s Legends of Tomorrow’ season 7 episode 6, cable subscribers can tune in to The CW at the date and time specified above. Alternatively, you can stream the episode on The CW’s official website or The CW app. Folks without a cable subscription can live stream the new episode on services like Fubo TV, DirecTV, Xfinity, YouTube TV, and Hulu+Live TV. You can also choose to buy the sixth episode on various VOD platforms such as Google Play, Vudu, iTunes, Amazon Prime, and Spectrum.

The fate of the Legends now heavily depends on Gwyn, who might again gain central focus in the sixth episode titled ‘Deus Ex Latrina.’ They will accompany the doctor on a harrowing journey of time travel, which is set to end when the machine malfunctions mid-way through. As a result, they will be stranded in a lush forest without actually knowing where they are.

The stressful situation will take a toll on Sara and Ava, but Nate will try to keep them busy by assigning tasks to everyone. The Legends will also be unaware of the presence of someone who has been trying to destroy the frequently occurring anomalies. This could lead to something significant in the course of the timeline. Let’s dive into the promo for a better idea of what’s to come!

After being trapped in the alienating confines of the 1925s, the Legends finally arrive in New York City in the fifth episode titled ‘It’s a Mad, Mad, Mad, Mad Scientist.’ They finally run into Dr. Gwyn Davies, who is responsible for creating the world’s first functioning time machine. Before the group reunites with Ryan, they realize that their future lies in the doctor’s hands. At the same time, their existence is also threatened by a bunch of bots sent by the villainous Waverider who wants to wipe them out.

Nevertheless, the story diverges into three arcs in episode 5. Sara, Behrad, Gary, and Ava try to gain access to Davies’ time travel notes from the Edison Institute, but when they fail to do so, they pursue Davies himself. Nate and Zari spend some quality time in the vicinity of the scary Hoover-1000, while Spooner, Astra, and Gideon undergo a painful journey to New York. Amidst all of that, the lives of Sara, Ava, Gary, Behrad, Zari, Nate, and Davies hang on a thread. Also, there is a high chance Spooner, Astra, and Gideon might be locked in 1925 for the rest of their lives.

However, Astra refuses to lose hope and tells Spooner that they will always be in control of their own fate as Spooner listens apprehensively. Nate and Zari come to crossroads in their relationship when she admits that her heart is torn between two options — her real-life that awaits her and the blissful family she has found inside the totem. Zari also witnesses Hoover-1000, the new programming set up by the Legends, blowing up at the end of the fifth episode.