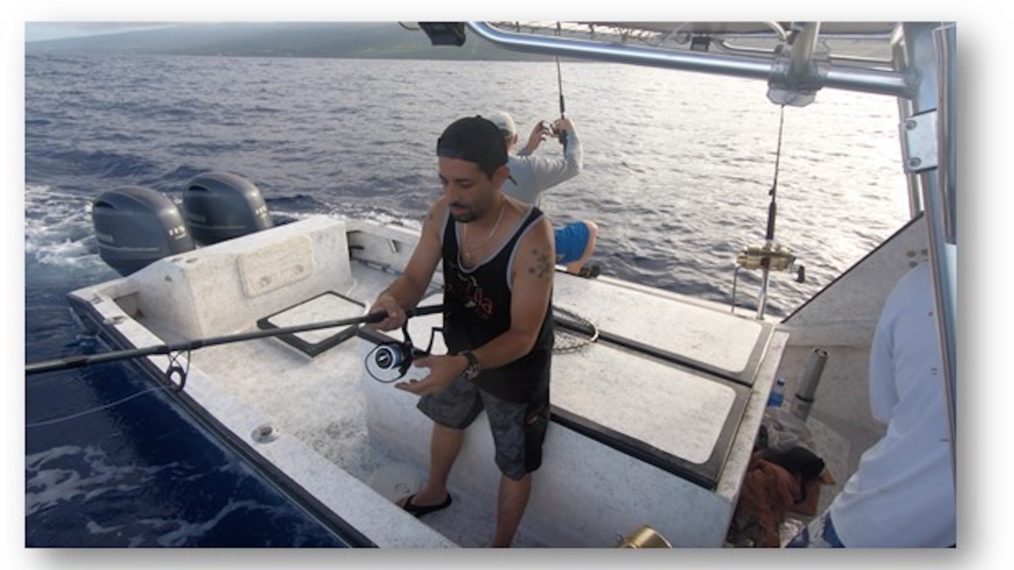 ‘Deadliest Catch: Bloodline’ is a spin-off of Discovery’s long-running, hit unscripted series, ‘Deadliest Catch‘. While the parent show is filmed in the freezing waters of the Bering Sea, ‘Bloodline’ takes viewers to the warmth of a tropical climate. Also, instead of the Alaskan king crab and snow crab fishing expeditions, it veers into unchartered territories and explores other lucrative deep-water fish species. With the show having completed its racy, first season run, let’s now get straight into the details of ‘Deadliest Catch: Bloodline’ season 2.

Deadliest Catch: Bloodline Season 2 Release Date: When Will It Premiere?

‘Deadliest Catch: Bloodline’ season 2 premiered on April 14, 2020, at 10 p.m. ET/PT on the Discovery Channel. Following its debut, new episodes aired every Tuesday at 9 p.m. ET/PT. It concluded with its sixth episode on May 19, 2020. Fans can also catch the episodes on the Discovery GO app.

Noting the long-standing popularity of its parent series, it was not a surprise when ‘Bloodline’ opened to positive reviews as well. Considering the legacy of the original material and the fact that its spinoff is an ode to one of its iconic cast members (Phil Harris), we are positive that ‘Bloodline’ will span multiple seasons as well. If everything goes as per plan, we can expect ‘Deadliest Catch: Bloodline’ season 2 to premiere sometime in April 2021.

Deadliest Catch: Bloodline Season 2 Cast: Who Can Be In It?

Josh Harris, co-owner and co-captain of the fishing vessel Cornelia Marie is one of the lead stars of ‘Bloodline’. He is the son of Phil Harris, who was one of the primary cast members in ‘Deadliest Catch’ and had died in 2010.

Josh is a legacy fisherman on his own and coincidentally, he came across a bunch of fishing maps while remodeling the captain’s quarters of the Cornelia Marie. The charts were from the 80s and had been drawn by his dad. The documents contain details about Phil’s quests in the Hawaiian islands. After discovering these lost plans, Josh decided to head to Hawaii and complete his father’s unfinished work. And this is exactly where the events of ‘Bloodline’ take place.

Joining him is Casey McManus, the co-captain of the Cornelia Marie and Josh’s business partner. She has also appeared in ‘Deadliest Catch’. Alongside them, we get to meet one of the leading commercial fishermen from Hawaii, Jeff Silva. He helps the duo in understanding the maps and guides them in navigating these new, unfamiliar waters. Additionally, the crew also receives help from Captain Johnathan Hillstrand, who used to be a friend of Phil in Hawaii.

In season 2, Josh will definitely make a comeback, accompanied by most of the lead cast members and a couple of new faces.

What Can Deadliest Catch: Bloodline Season 2 Be About?

In ‘Bloodline’, Josh Harris sets off to fulfill his late father’s dream of starting a fishing business in Hawaii’s Kona Coast. But in order to launch anything in the locale, he and partner Casey need to figure out if fishing is profitable and feasible here or not. The pair teams up with local guide Jeff Silva and Captain Johnathan Hillstrand to understand new ways of catching deepwater fishes. For instance, instead of pots and nets, they now need to use poles.

Josh attempts to understand Phil’s scribbled notes on where to catch the lucrative ahi tuna, which is worth around $2,000 a pop. Other seafood species that also have made the Kona Coast their home are the bonefish, barracuda, and swordfish. The stakes in ‘Bloodline’ are definitely quite high. But Josh’s efforts finally pay off. In the finale, just a couple of days before Josh and Casey need to reach Dutch Harbor, they achieve their goal — catch a big marlin. However, there are no limits to records that can be set in fish-packed waters of the Kona Coast. Next season, we hope to see Josh and the team returning with bigger dreams and even bigger catches!