When Does ‘Deadly Recall’ Come Back On ID? 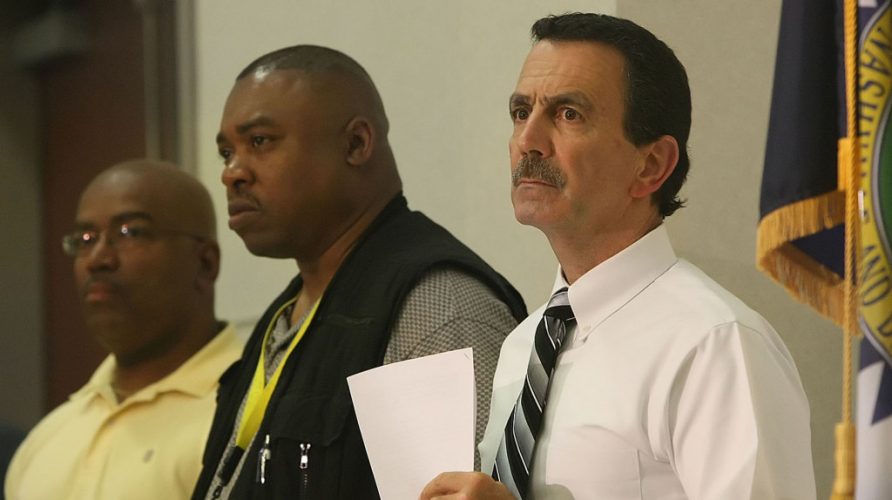 Deadly Recall is a true-crime series that first premiered in March 2019, on Investigation Discovery. The show comes from Joke Productions, which also gave us CNN’s Unmasking A Killer (the story of the Golden State Killer) — and is the first collaboration of the firm with the true-crime network.

Deadly Recall Season 2 Release Date: When Will It Premiere?

Soon after, the show was renewed for another season. The second edition will consist of six new episodes, with each episode covering one case. Deadly Recall season 2 will premiere on April 15, 2020, at 10 pm ET/ 9 pm CT. It will wrap up with its finale on May 20, 2020.

The show features the retired Detective Pat Postiglione, a homicide investigator, with more than 25 years of experience. In his lifetime and career span, this expert with a photographic memory has witnessed innumerable crime scenes. But what makes him stand apart from others is his ability to recall the minutest details, as if the incidents had just happened yesterday.

According to a statement by Henry Schleiff, Group President of Investigation Discovery, Travel Channel, American Heroes Channel, and Destination America on Deadline Hollywood, “There are very few men like Det. Pat Postiglione and that’s not just due to his exceptional memory.” “He encapsulates what it means to be dedicated to justice, using every ounce of his energy, determination – and, his unique gift – to bring closure, finally, to the families of the victims of these tragic, yet enigmatic cases.”

To give a bit of background, Postiglione was born in Queens, Nashville and then settled in Nashville in 1980 after he was hired by Metro police. In 1987, he was moved to the homicide department, where he worked for 12 years. Here, he was in charge of the murder squad and thereafter, also the homicide cold-case unit. Currently, he has a wife, three children, and four grandchildren. He is employed on a part-time basis in the role of an investigator in the Davidson County District Attorney’s Office.

Postiglione had retired from his employment with the Metro Nashville Police Department in 2013. During his tenure, he was involved in several high-profile cases such as the Steve McNair homicide-suicide case of 2009.

The 6-part season 1 documents Nashville cases that had been solved by the detective — with the criminals either behind bars or already dead. Talking about the show, Postiglione said to USA TODAY “A lot of these cases are cases that didn’t hit the high profile.” He further added, “This is the first time the families, in this case, have been able to talk about their family members to a (broader audience).” “But to the detective, it’s always the same, regardless of the publicity,” he additionally told the network.

The main purpose behind Postiglione agreeing to be part of the show is because he wanted the victim’s stories to be heard in the true, original versions. As per his statement to USA Today, “Talking about who they were: fathers and brothers, sisters and mothers and how they had a future and a plan.” As expected, Postiglione will make a comeback in season 2 as well.

What Can Deadly Recall Season 2 Be About?

Here’s the brief rundown of the episodes of Season 1.

Episode 1 takes us through the case of 31-year-old mother Christine Ullman and her murderer Tommy Jones. When Ullman suddenly disappeared from a Green Hills condo complex in January 1999, her boyfriend filed a missing report. Her body was discovered two months later on a creek bed in a wooded area. The case came to Postiglione, who identified the killer after one month of investigation, using a tiny detail he remembered while scrutinizing the crime scene.

Episode 2 highlights the Gul Telwar case which involved Telwar, a professor at Tennessee State University, and his killers Ronnie Oller and Terry Blandford. The victim was murdered in March 1990 while he was at his working site — a used car lot in Nashville. An investigation by Postiglione and his team led him to two suspects, with the detective finally determining who was the actual killer.

Episode 3 documents the 1977 killings of Sandra Stevens and Myrtle Wilson by their killers Bill Stevens and Corey Millikan. Sandra was Bill’s wife and Myrtle was his mother in law. The murder, which involved strangulation and stabbing, was reported by Bill himself. However, the discovery of Sandra’s diary finally helped the detective in confirming who were the killers.

Episode 4 focuses on the triple murder of Ronnie Bingham, Kelly Phillips, and Robb Phillips and the suspect Tom Steeples. During the span of October 1993 to March 1994, there were three murders. The first was of Bingham, who was found to death inside his bar. And the second was of the Phillips couple. Postiglione finally discovered that all three crimes were committed by one individual.

Episode 5 is about 23-year-old Maichelle Trotter and her murderers Anthony Stokes and James Stanfield. Trotter was brutally murdered in January 1993 while she was working at the Hillsboro Road Exxon station. With the help of his photographic memory, Postiglione recalled some tiny details from the crime scene which helped the team in catching the offenders.

Episode 6 documents the murder of 27-year-old Florence Ballino who was killed in April 1989. Her murderer was Marvin Espy who was caught by Postiglione after the detective proved that one of the victim’s friends was, in fact, lying. Season 2 will take up six more tantalizing cases — including the brutal murder of an NFL star, a triple homicide near a college campus, and the capture of two serial killers together, among others.

We don’t have a trailer yet for Season 2 yet, but you can watch all the previous episodes of the show on its official website.