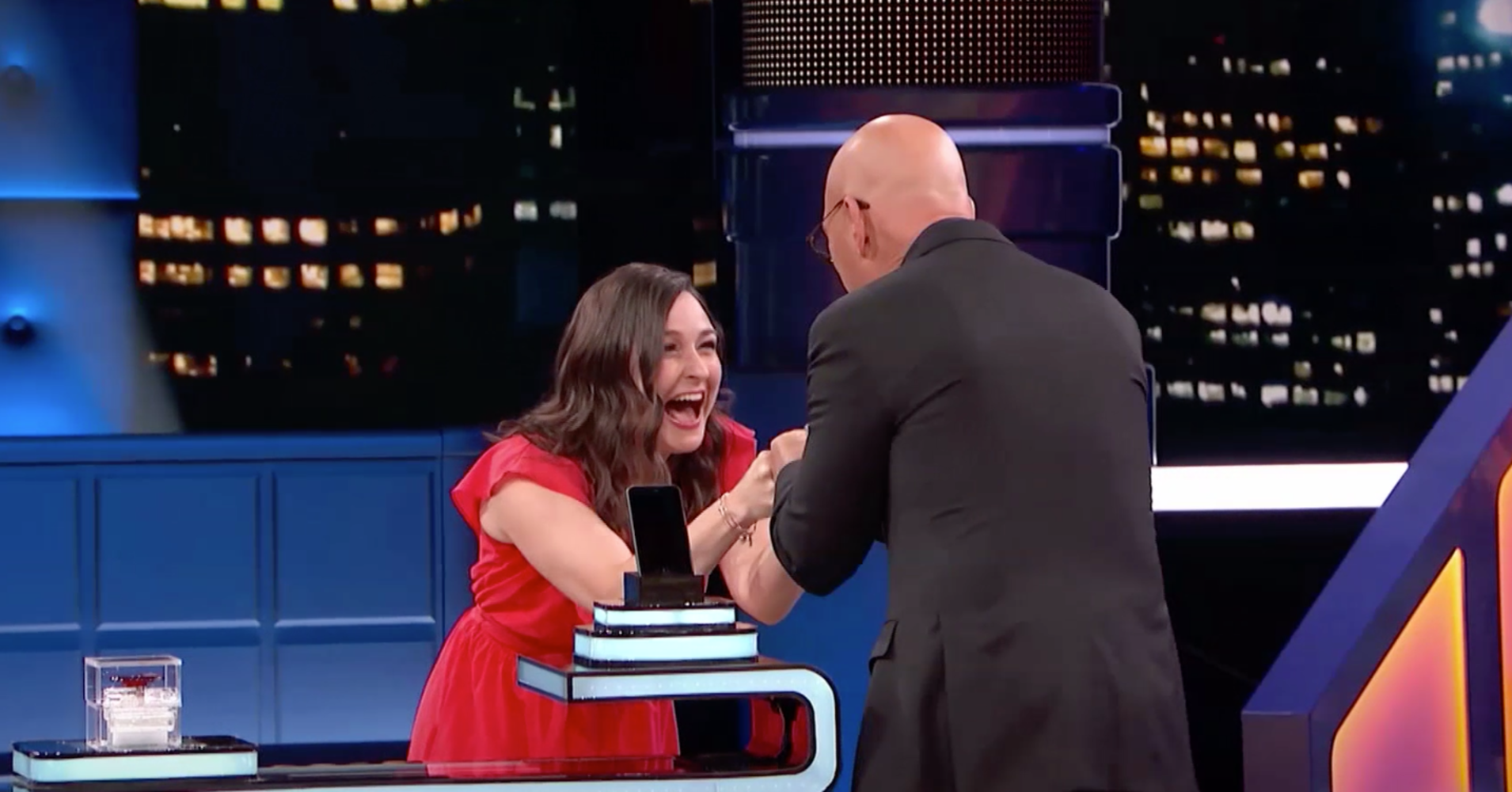 CNBC embarked on the bandwagon of the game shows on television after it added the popular TV game show ‘Deal or No Deal’ to its catalogue. CNBC prime-time lineup established over half a decade had aimed to capture “the spirit of business and entrepreneurship” but with the inclusion of the hit show — conceived at NBC first — the network decided to target a different set of audience in tis quest to bolster its brand as in the field of business and entrepreneurship.

For those unaware, ‘Deal or No Deal’ is the American version of the Dutch game show of the same name. It used to air on NBC and the format has never been very different from the international format, that is, “a contestant chooses one briefcase from a selection of 26. Each briefcase contains a cash value from $0.01 to $1,000,000. Over the course of the game, the contestant eliminates cases from the game, periodically being presented with a “deal” from The Banker to take a cash amount to quit the game. Should the contestant refuse every deal, they are given the chance to trade the first case – chosen before play – for the only other one left in play, and win whatever money was in the chosen case.” Notably, there have been some twists which have been introduced to keep the contestants and the audience on their toes. These include ‘Million Dollar Mission’ and ‘Lucky Case Game’. As we mentioned earlier, the current version of this game airs on CNBC and first premiered on December 5, 2018.

Notably, game shows have been the mainstay of the entertainment industry for a long time with shows like ‘The Price is Right’ and ‘Jeopardy!’ forming the backbone of the genre. This series is up there with them and enjoys a massive audience across various age groups.

Deal or No Deal Cast: Who is in it?

Famous Canadian TV host Howard Michael Mandel, better known as NBC’s ‘America’s Got Talent’ judge Howie Mandel, hosts the show. Well known for his roles in ‘Walk Like A Man’ and NBC medical drama ‘St. Elsewhere’, Howard Michael is well-acquainted with the reality TV scene and given his popularity throughout the original four-year run of ‘Deal or No Deal’ on NBC, he is the face of the show. Naturally, it was no surprise that he retained his pedestal of the host when he announced the show joined by Brenda, Vaeda, and Malika, each holding up a numerical component of the release date etched on three cases. Notably, in the new version of the show, the Banker is a woman, unlike the previous versions where men would take up this role.

Host Howie Mandel is expected to return for season 6.

Deal or No Deal Plot: What is it about?

It was the Dutch company Endemol that produced Miljoenenjacht (Hunt for Millions), first introducing the formula we see in ‘Deal or No Deal’ to television on November 20,, 2000. The game gained traction very quickly and stepped up on the international stage as numerous countries over the years adapted the game show to their own national version over the years, and the US was, of course, no exception.

The US version premiered on NBC, on December 9, 2005. It then had a spectacular four-year run in a row from 2005 to 2009, all hosted by Canadian actor-comedian Howie Mandel. After the cancellation, it came as a surprise when the CNBC revival was announced in early 2018. The game largely keeps the original Dutch formula intact. The rules are simple and straightforward: a contestant chooses a briefcase from a pool of 26 briefcases. Each briefcase can contain a random value ranging from as little as 1 cent to the highest grand prize of one million USD. The contents are predetermined for each case but concealed initially.

After the contestant chooses their case, he or she then gets to eliminate the cases by picking them out one by one while also revealing their monetary contents. On certain select points throughout this process, they are offered with a deal from the enigmatic figure of ‘The Banker’ periodically. At these junctures, they are given a choice to quit the game for a set cash amount, sometimes with a bonus gift like a car thrown into the mix. If the contestant chooses to refuse the offers in all these instances, their ultimatum is decided when there is only one case left from the 25 cases. They can then trade the last case, should they choose to, with the first case that was selected in the beginning, and their takeaway is whatever amount there is in their chosen case, revealed in the climactic final moment of the game.

There had also been a spinoff minigame tie-in with the viewers in the NBC seasons, called “Lucky Case”. Howie Mandel noted while talking about the game on CNBC, that it was a “study on humanity” vis-à-vis the stakes of “greed vs taking chances”. Notably, the CNBC version has an additional change called the counter-offer. This gives the contestant a chance during the game to produce a counteroffer to the Banker’s offer. If the offer is accepted by the Banker, the contestant receives that sum of money and the game ends. If not, then the game moves on to the next round.

Greed and risk-taking are integral parts of the game and we fully expect to see these in full display in season 6 as well.

Deal or No Deal Season 6 Release Date: When will it premiere?

‘Deal or No Deal’ Season 5 premiered on December 5, 2018. The show went on a hiatus for a while, but then returned to the TV screens on June 12,  2019. Considering the popularity of the show, CNBC is likely to renew it for another season. While no release date has been fixed, it is expected that ‘Deal or No Deal’ Season 6 will release sometime towards the end of 2019. However, do stay tuned for an official update on the release date.

Deal or No Deal Trailer:

You can check out this clip from ‘Deal or No Deal’ below. If you have not seen the series and happen to like game shows, then this is the series for you.