Where to Stream ‘Dear Basketball’? 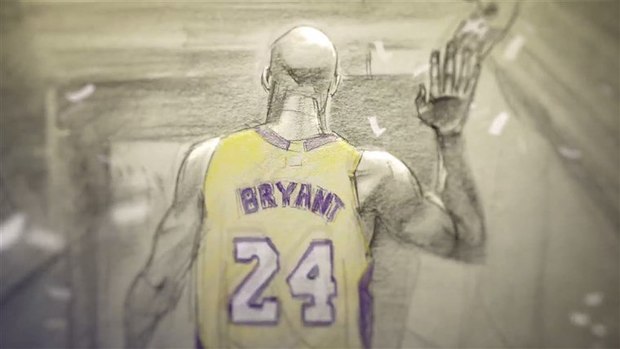 Sports is an emotion, and ever so often, we have people gracing the game and making changes. They are legends who leave behind legacies, meant not just to be admired, but also intended to inspire. Kobe Bryant’s ‘Dear Basketball’ encapsulates, not just the emotions that come from the game, but remains a testament to the player’s love for it.

Despite Bryant’s off-court controversies, his contribution to basketball, and his on-court skills remain almost incomparable. With his untimely, and sad demise, you might be wanting to relive Bryant’s love for basketball through his eyes. In case you want to know where you can catch ‘Dear Basketball’, we have got you covered.

What is Dear Basketball About?

Before getting to where you can watch ‘Dear Basketball’, let us quickly walk you through what it is about. It is an American animated short film, written by Kobe Bryant, based on the letter he wrote to The Players’ Tribune, which announced his retirement from the game.

The short film is set on the eve of Bryant’s retirement from the NBA, where he describes his love for the game. Starting with his dreams of glory as a child, to his stellar 20-year career, the movie traces how Bryant and basketball have given each other everything, while he was in his prime. At the start of the movie, he expresses this perfectly, saying, “A love so deep I gave you my all — from my mind and body to my spirit and soul.”

Notably, ‘Dear Basketball’ won the Oscar for the best-animated movie in 2018.

Is Dear Basketball on Netflix?

Netflix is known globally for its content, be it originals, or the ones it carefully curates. However, the premiere streaming service does not happen to have ‘Dear Basketball’ on the platform. Instead, we recommend you watch ‘Coach Carter‘, which is a true story about how a coach benched his undefeated team due to poor academic results.

Is Dear Basketball on Hulu?

Hulu is a streaming platform to watch out for, especially since it keeps updating the library to include the latest and most relevant content, for its diverse viewer base. ‘Dear Basketball’ is not on Hulu, but don’t let that get you down. You can watch ‘The Winning Season‘, for a feel-good basketball story, where a has-been coach has to run a local high-school girl’s basketball team.

Is Dear Basketball on Amazon Prime?

Amazon Prime and Netflix can be uttered in the same breath, as streaming platforms that are leading from the front. With its vast content, Prime subscribers have various options. While ‘Dear Basketball’ is not available for free streaming, you can buy and stream the entire collection of Oscar-nominated short films for 2018. Among them is ‘Dear Basketball’, obviously. Check it out here.

Where Can I Stream Dear Basketball Online?

If you wish to stream ‘Dear Basketball’ online, without access to Amazon Prime, you can head over to Vimeo, where the entire short film is available.

Can I Stream Dear Basketball Online For Free?

Yes, Vimeo is a free streaming service, much like YouTube, which will allow you to watch ‘Dear Basketball’. The film was released on the platform by Bryant’s production company, Granity Studios, shortly after the athlete’s demise. Check out ‘Dear Basketball’, here.