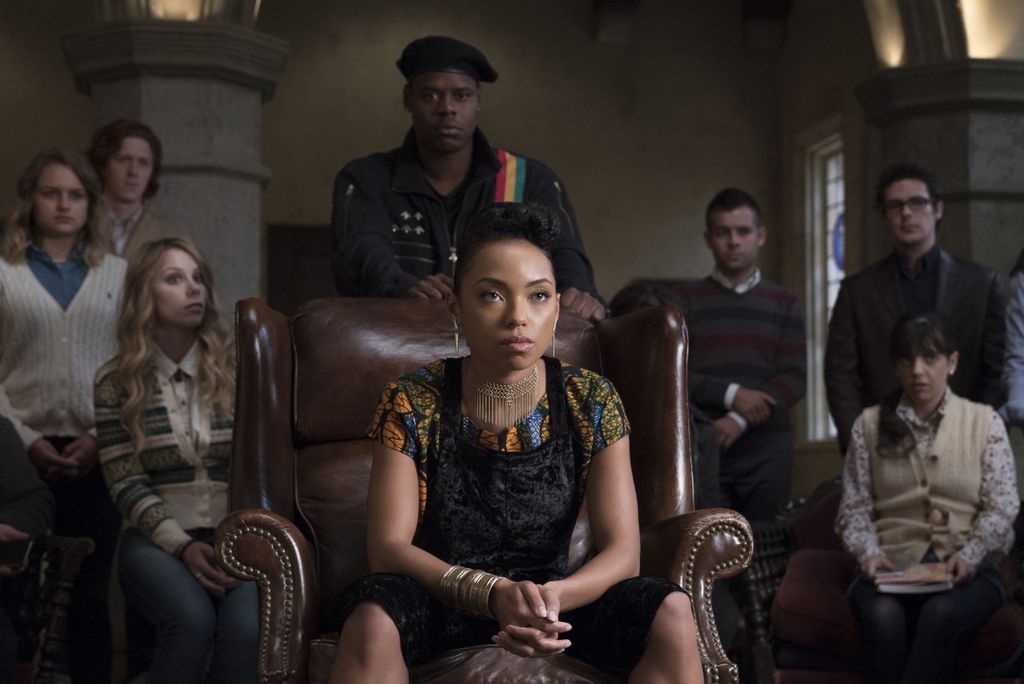 Conversations around race and bias can often be complicated, but Justin Simien’s ‘Dear White People’ uses satire and humor to get the point across quite effectively. The comedy-drama series is an extension of Simien’s eponymous 2014 film that debuted at the Sundance Film Festival. Set in a fictional Ivy League institution, the series shines a light on the experiences of a group of black students navigating racial and other forms of discrimination.

Initially released on April 28, 2017, the comedy-drama ruffled some feathers as people alleged that the series was prejudiced against white people. However, it did not take long for the show to find its footing as it received critical acclaim. It garnered a strong positive response for its sharp writing and provocative and timely social themes. While the popular show has delivered four successful installments, fans are eager to know if there will be a season 5. Well, you will want to know what we have learned!

‘Dear White People’ season 4 premiered on September 22, 2021, on Netflix. The fourth installment comprises ten episodes that run for 30-39 minutes each.

As for the show’s fifth round, we’ve got news. On October 2, 2019, the show was greenlit for its fourth installment and announced as its final outing. While the series has had a successful run, Simien and his team were not always confident they would be called back for a new season. In an interview with Collider in November 2020, he revealed, “Each season, we would go into it, not knowing if we just made the last season…and then there’s this waiting process that just stretches on for months.” Since the team had not begun writing round 4 when the announcement was made, it helped tie up all the loose ends of the storyline.

Simien continued, “Also some of the things that I’ve just been holding back on because maybe there were crazy for an early season, I can do all of those things now. For me, it’s actually very liberating and freeing. I think this is the right time to conclude this chapter of Dear White People.” So, it seems like  he believed it was essential for the series to have an ending and “feel like it’s all one piece.” Therefore, it is unlikely that ‘Dear White People’ season 5 will ever get made.

However, we would not be quick to brush aside the possibility of spin-offs as Simien has toyed with the idea in multiple interviews. While he “definitely” saw possibilities of spin-offs based on the characters of the show, the filmmaker, actor, and author revealed that the decision depended on several factors. One of the biggest determinants is whether the bosses who own copyrights to ‘Dear White People’ would like to see more. Simien shared that several ideas had been discussed, should they decide to expand the show into a full-fledged franchise.

But if you are hoping for Simien to continue the story, you might be disappointed. He seemingly made it clear that he would be happy to move on to newer projects. In July 2020, he told Deadline, “There might be ways for the characters to live on too, but this particular chapter of these characters’ lives for me needs to come to a satisfying conclusion because there are other stories that I need to tell.” While he was sad about the show coming to an end, he felt it was time for him to let it go, as he had already spent roughly 15 years on the project.

The fans need not lose heart since Simien hinted that the fictional Winchester University might continue to live on in the universe of ‘Dear White People.’ It could even become a stage for various radical voices to share their stories. He said, “I could certainly see a world in which someone with something else to say something more interesting the next step of what I’ve been saying could walk into the campus of Winchester and shake it up.” So, if all goes well, the fictional institution might soon become witness to another socio-politically charged discourse.