Death in Paradise Season 10: Everything We Know 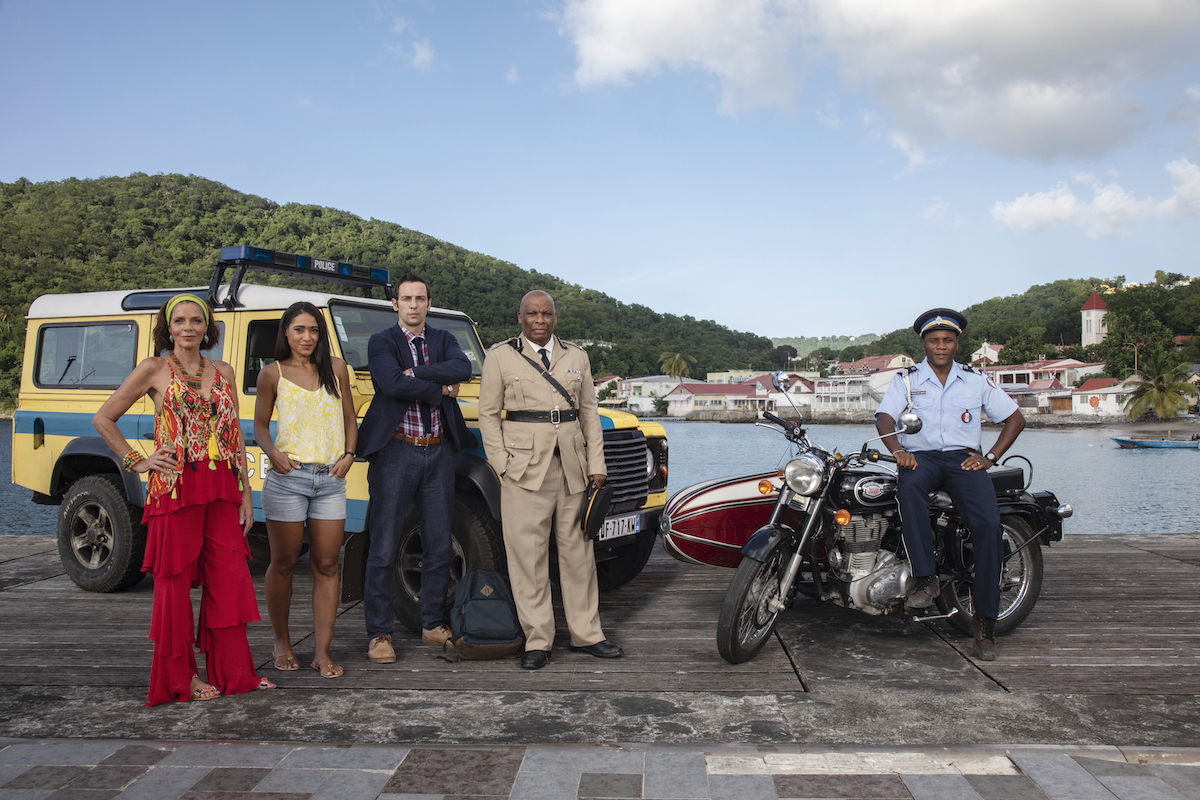 Created by British novelist-screenwriter Robert Thorogood, ‘Death in Paradise’ is a TV crime drama refreshingly set in the warm Caribbean islands, employing enough stylistic intrigue to create an exotic escape location fraught with puzzling crimes. Set on the fictional island of Saint Marie, the story begins with the homicide of a British police officer, following which, one after another officer arrives from London to take the position of the detective inspector of the island, all of them finding it difficult to acclimatize to the warm tropics.

After the premiere of the first season on October 25, 2011, the show has spawned nine seasons so far. While the tenth one is already broadcasting in the UK, fans in the US are still pretty much in the dark. The British-French joint production has been met with mixed reception from the critics, but it has still managed to captivate a significant part of the UK TV viewership from the second season. If you are looking to find US premiere details of season 10, we have you covered.

Let us now investigate the release date of the tenth season in the US. Filming of the tenth season began in July 2020, maintaining pandemic restrictions, and like every year, the show punctually aired in the UK in January 2021. The tenth installment has already completed its run on BBC One, with the final episode airing on February 18, 2021. Following the ending of the season in its home country, BBC has ordered two more seasons – 11 and 12, owing to the robust popularity of the program.

The network is yet to announce when the show will be made available in the US. However, the tenth season is already made available for streaming on Britbox since April 6, 2021. In the North American region, including the US and Canada, the show is broadcasted through PBS Stations. Luckily for fans, the network KPBS confirmed that ‘Death in Paradise’ season 10 will release in the US on April 30, 2021.

@KPBS when will we get season 10 of Death in Paradise? Please say soon!

Death in Paradise Cast: Who is in it?

The tenth season features Ralf Little in the role of Neville Parker, the newcomer DI with a quirk, and Ardal O’Hanlon’s Jack Mooney makes a guest appearance. In other main roles, Don Warrington will play the role of commissioner Selwyn Patterson and Élizabeth Bourgine will play the role of mayor Catherine Bordey. Moreover, Joséphine Jobert will reprise her role as Florence Cassell and Tobi Bakare will play as Sergeant JP Hooper.

Among the new faces, Tahj Miles is expected to play a crucial role in the character of Marlon Pryce, the trainee officer whom JP takes under his wing. Former main supporting actor Sara Martins (DS Camille Bordey) will appear in a guest role to commemorate the tenth anniversary of the show. But most importantly, Ben Miller’s Richard Poole will make a comeback as a guest. On the other hand, Aude Legastelois (DS Madeleine Dumas) and Shyko Amos (Officer Ruby Patterson) have exited the show following the finality of the ninth season.

Death in Paradise Plot: What is it About?

The ninth season sees the handover of the DI title from Jack Mooney to Neville Parker. Mooney accepts the death of his wife and returns to London to spend time with his daughter. His perennially ill replacement DI Parker does not initially like the tropical environment of heat, sand, and mosquitoes, but as the season comes to a close, he gets accustomed to the Caribbean lifestyle.

The tenth season will definitely pack a lot of crime, mystery, and drama. The creator and his team will expectantly go the extra mile to make the tenth anniversary more memorable. DI parker will make himself more at home on the island, but following the exit of Commissioner Ruby Patterson, there remains a vacancy to be filled. DS Florence Cassell, at the request of Patterson, will take up the post. One of the most exciting highlights of the season is, of course, the return of Richard Poole, although we do not know how exactly the creator will incorporate the character into the story.