Death March Club: Everything We Know 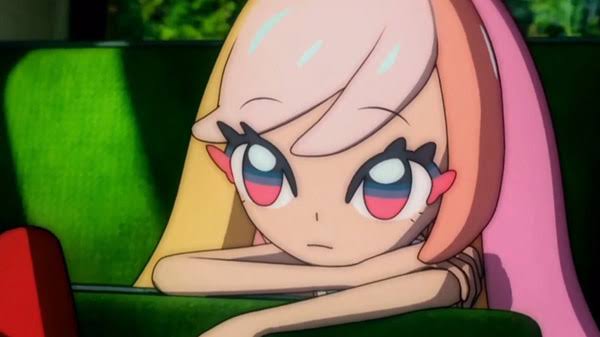 Despite the game’s title, the upcoming Japanese indie game ‘Death March Club’ is about a bunch of twelve-year-old kids inside an amusement park. Subverting that seemingly innocuous premise, the game will stay true to its name and involve plenty of dying. ‘Death March Club’ is the next big project from the recently formed Too Kyo Games, helmed by the creators of ‘Danganronpa‘ and ‘Zero Escape’, and will seek to combine the lofty narrative ideals of those two games with more interactive gameplay.

The game is a mish-mash of various different gameplay ideas connected by a tense narrative that is very likely to throw plenty of twists and turns before the story concludes. With a release very likely slated for later this year, read on to find out everything we know about ‘Death March Club’.

At its core, ‘Death March Club’ is a puzzle platforming game presented in a 2D side-scrolling style. Typically speaking, platform games are fairly stingy with complex narrative themes and compelling characters. Instead, the story simply acts as a vehicle to facilitate the gameplay.

With ‘Death March Club’, this script is essentially flipped. The upcoming game is the combined brainchild of ‘Danganronpa’ series writer Kazutaka Kodaka and Kotaro Uchikoshi, writer and director of puzzle horror game ‘Zero Escape’. Kodaka is known for crafting grim worlds with morally ambiguous characters and the irrepressibly disturbing ‘Danganronpa’ games, while Uchikoshi is famed for tense and perplexing puzzle horror experiences.

‘Death March Club’ looks like it will combine all of these elements into what the developers are describing as “a death game that nobody has ever seen before”. The webpage for the game describes it as follows:
“In a school in Tokyo, there is a group called the ‘Losers class’ in which underachievers from around the nation have been gathered together as classmates. This class is made up of Reycho and his friends. Kids that are somewhat unusual compared to the rest of their peers.”

The plotline of ‘Death March Club’ will reportedly follow a group of a dozen school kids who are all twelve years old and are part of a specially assembled “Losers class”. The main protagonist of the story is a boy named Reycho who, along with all the rest of his Losers class friends, is not simply an ordinary school student.

Another prominent character in the game besides Reycho is a girl called Vanilla, who is described as having an “innocent, light personality” but also being quite action-oriented. While out on a school trip one fine day, the group’s school bus is struck by a rock slide accident and all the children are rendered unconscious. When they wake up, they find themselves in a desolate amusement park built underwater. A frightful character dressed as a clown shows up and tells the kids that they must participate in a battle royale-style deathmatch game in order to have any hope of escaping the park alive.

The gameplay looks to consist of familiar 2D puzzle-solving and platforming. However, co-developer Grounding’s co-founder Yukio Futatsugi previously mentioned something about the game mechanics “leveraging the personalities of the characters”, which suggests to me that each of the twelve different kids could possess unique supernatural abilities and gameplay mechanics. This is further reinforced by the game’s synopsis, which further hints that the kids are no ordinary school children.

If the respective developers’ previous projects are any indication, we can expect ‘Death March Club’ to tell a twisted and mature story that will almost certainly involve the horrific deaths of several of the children. Also expect copious amounts of unexpected turns along with multiple branching narrative paths and endings, as confirmed by Izanagi Games CEO Shinsuke Umeda.

Death March Club Developers: Who Are the People Behind the Game?

‘Death March Club’ is being developed by Japanese video game development studio Too Kyo Games and Grounding Inc. Too Kyo is handling the narrative and design aspects of the game, while Grounding is working on the action elements.

Death March Club Release Date: When and Where Can I Play It?

Although we do not have an exact final release date for ‘Death March Club’ yet, the game is widely expected to come out sometime in 2020.

‘Death March Club’ was initially only confirmed for PC via the Steam Storefront but the developer has since gone on to reveal that the game will also be available on several other platforms. A PlayStation 4 version seems highly likely and we could possibly see the game come to the Xbox One as well.

You can watch the opening cinematic and gameplay trailer for ‘Death March Club’ right here.