Debris Season 2: Everything We Know 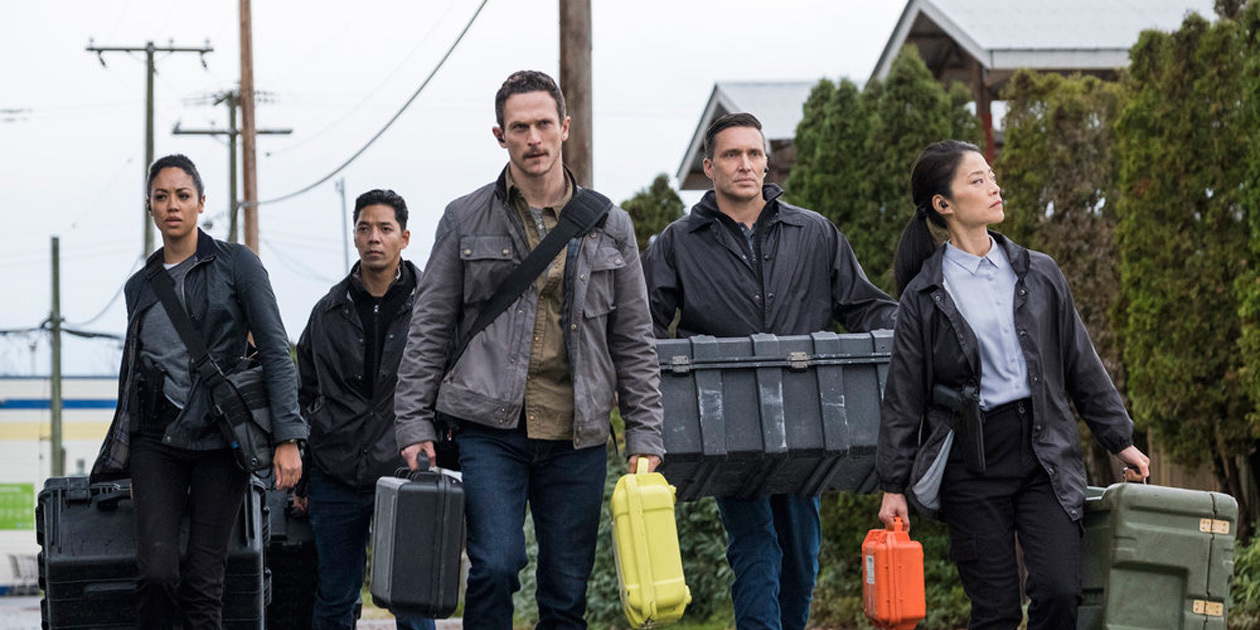 ‘Debris’ is a science-fiction television series that is created by J. H. Wyman. It revolves around an international task force, helmed by CIA operative Bryan Beneventi and MI6 operative Finola Jones, that investigates the mysterious debris falling from a destroyed alien spacecraft on different parts of Earth. Each piece has the potential to change the life of anyone who comes in contact with it. But Bryan and Finola aren’t the only ones looking for the pieces.

Originally released in March 2021, the series elicited a favorable response as it is developed around the age-old intrigue about the unknown. It has primarily drawn appreciation for its strong cast and fascinating characters. However, it has faced criticism for the perceived lack of novelty of the premise. Many viewers admitted that the first season starts slow, which could be a deliberate move. But it is hard to ignore that the series has gathered a passionate fanbase that is already demanding a second season. If you are waiting in anticipation to learn what the future holds for the show, you are in the right place!

‘Debris’ season 1 released on March 1, 2021, on NBC, with the season concluding on May 24, 2021. The first season comprises 13 episodes that run for 42-43 minutes each. As for the second season, here is what we know. NBC is yet to make an official announcement regarding the renewal or cancellation of the series. Despite its nebulous fate, the show’s creator Wyman was highly optimistic and admitted that he did not write the season 1 finale as a closing chapter for the series. Instead, the first season is only the setup for what is to come. Wyman also revealed that he has five installments already chalked out to a tee. Therefore, he has eagerly been waiting for the second season to be ordered.

However, the mediocre ratings on NBC remain a concern for the show. The performance of the series has been compared to that of ‘Good Girls’ and ‘Zoey’s Extraordinary Playlist,’ both of which received low ratings but are doing better on streaming services. ‘Debris’ is also broadcast in France and Japan as TF1 and U-Next have acquired exclusive distribution rights in the two countries. Taking these factors into consideration, the future of the science-fiction drama looks hopeful.

The show was first given the go-ahead in January 2020, but the pilot was picked up for the series order only in late June 2020. While the pilot episode was mostly filmed before COVID-19 forced the industry to shut down, the main chunk of the first season was shot between November 2020 and April 2021. Accounting for the fact that Wyman already has five seasons drawn up, the production for season 2 should not take long. If the series is renewed by the end of summer and the filming begins in the fall, we can expect ‘Debris’ season 2 to release sometime in early to mid-2022.

Debris Season 2 Cast: Who can be in it?

Bryan Beneventi and Finola Jones are the central characters around which the series revolves; therefore, we can expect Jonathan Tucker and Riann Steele to reprise their respective roles in the potential season 2. The first season also includes other characters like Craig Maddox (Norbert Leo Butz), Anson Ash (Scroobius Pip), Priya Ferris (Anjali Jay), Dee Dee (Gabrielle Ryan), Brill (Sebastian Roché), and George Jones (Tyrone Benskin), among others. We can expect to see the actors playing the abovementioned roles once again. If the series is greenlit for another season, it may also include new cast members as the story might expand to introduce new characters.

Debris Season 2 Plot: What can it be About?

In the first season, Bryan and Finola go to different places in order to track down the pieces of the wrecked spaceship. As we know, anyone who comes in contact with the alien material experiences bizarre things. In this season, Finola also learns that her father, who was presumed dead, is actually alive and well. He even joins hands with the task force to help them solve the cases and retrieve the debris that could pose a threat to the universe if it falls into the wrong hands.

If the show returns with another installment, the storylines could delve deeper into the mystery of the debris. We are yet to learn more about the spacecraft itself and how did it collide with planet Earth. What was inside the spaceship, and why was the vessel venturing out from whichever celestial body it came from? Since the series also depicts political involvement, we might see what it could mean for a nation where debris is found. So, while the first season also answers many questions, it raises a whole lot of new ones. If the show returns for a second round, it could address all of these matters.

Read More: Why Does Jonathan Tucker Have a Scar on His Chin in Debris?