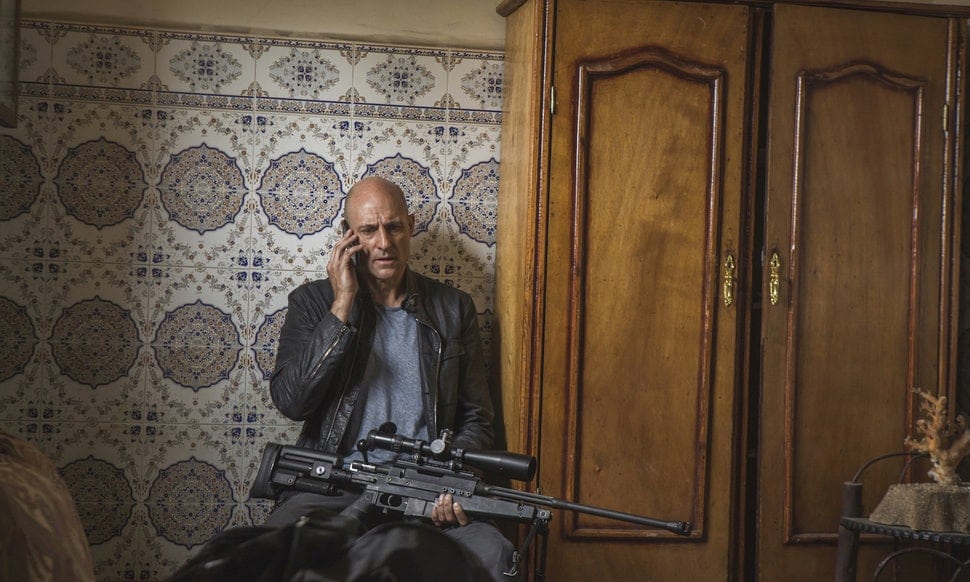 ‘Deep State’ is a British espionage thriller series that made its entry into television in the United Kingdom on April 5, 2018, on Fox. It first premiered in the United States on Epix on June 17, 2018. It is created by Simon Maxwell, and Matthew Parkhill, and produced by Khadija Alami. The thriller series is executive produced by Sara Johnson, Matthew Parkhill, Hilary Bevan Jones, Alan Greenspan, Helen Flint, and Jeff Ford, and began filming in 2017. ‘Deep State’ has Endor Productions, Red Arrow, International, and 6 Degree Media as the production companies backing the venture.

The show revolves around a man who is retired from the MI6 but gets pulled back to do one last job which will give him his life back. However, once he undertakes it, he realizes that he is in deeper than he should be and he might not have a life to get back to if the job is even slightly misdone. Both the seasons of the espionage thriller has received a good response from the viewers. Here’s everything we know about Season 3.

Deep State Cast: Who is in it?

The cast of ‘Deep State’ is led by Mark Strong who plays Max Easton, a former MI6 field agent. Joe Dempsie, who is famous for playing Gendry in ‘Game of Thrones,‘ plays Harry Clarke, the son of Easton and an operating MI6 field agent. Karima McAdams stars as Leyla Toumi another MI6 agent, Lyne Renee plays Anna Easton Max’s wife and Harry’s mother, Anastasia Griffith is seen as Amanda Jones, a member of the CIA, and Alistair Petrie dons the role of George White.

In the second season, Walter Goggins, of ‘Justified’ and ‘Django Unchained’ fame, joined the cast to play the role of Nathan Miller, an ex-CIA field operative. Other additions were Lily Banda as Aïcha Konaté, a Malian translator; Victoria Hamilton as Meaghan Sullivan, a Republican senator from Ohio; and Zainab Jah, who plays the role of Aminata Sissoko, the Malian President’s senior advisor.

Deep State Plot: What is it about?

‘Deep State’ is a thrilling narration of the journey of Max Easton (Mark Strong), a retired spy who takes back his role as a Field agent after his son Harry is apparently killed. The news of the botched operation disrupts Max’s idyllic life of retirement, and as he steps into the field once again, he has to reestablish old and possibly soured contracts, while he gets back into the groove of action, explosions and torture, all behind enemy lines. The show’s tagline is ‘Husband. Father. Assassin.’ which alludes to Max’s balance of family life and duty. However, the series focuses very little on the family side of things and opts to take an uncritical look at a foreign state which always seems to have extremely audible Muslim calls to prayer.

The second season delves even deeper into the murky world of deep state politics. This time the powers shift their attention from the Middle East to sub-Saharan Africa, attempting to loot its natural resources in what could be the first dirty war for clean energy. The creators clearly raised the ante with second season by adding more action, twists and turns. Characters come to terms with who they really are, and viewers get to see the fall of a hero, and all the orchestrating that goes behind making someone a terrorist in the eyes of the West.

Despite its best intentions, the show has failed to receive universal acclaim. The Hollywood Reporter gave an unflattering review of the show criticizing its lack of characterization and falling easily into the cliched trap of British spy thrillers. Here’s a snippet from their review “The peak tradition of British espionage thrillers was tied to the declining of the empire, as authors like John Le Carre and Graham Greene depicted career spies clinging to their positions in a changing world of diminishing British influence. Since 9/11, a major new thread of British espionage thrillers has taken a different approach, one that could best be described as Crap We Got Stuck in Because of the United States. They’re portraits of middle managers put in uncomfortable positions because of things the British government made them do to help maintain our so-called special relationship. Deep State fits squarely into that new genre.” Criticism apart, the series has been praised for its flashback narratives.

Deep State Season 3 Release Date: When will it premiere?

‘Deep State’ Season 2 premiered on April 28, 2019. After season 1, Epix had decided to renew the show despite mixed reviews. Will it do the same again and renew the show for a third season? It’s difficult to say at this point of time, but we had to take a guess, Epix in all likelihood would renew the show for one more season. If that happens, we will update you about ‘Deep State’ season 3 release date. Stay tuned to The Cinemaholic for the latest on ‘Deep State’.

While we wait for an update on ‘Deep State’ season 3, check out the season 2 trailer to refresh your memories. If you haven’t seen the show yet head over to Epix to catch all the episodes of the previous seasons.