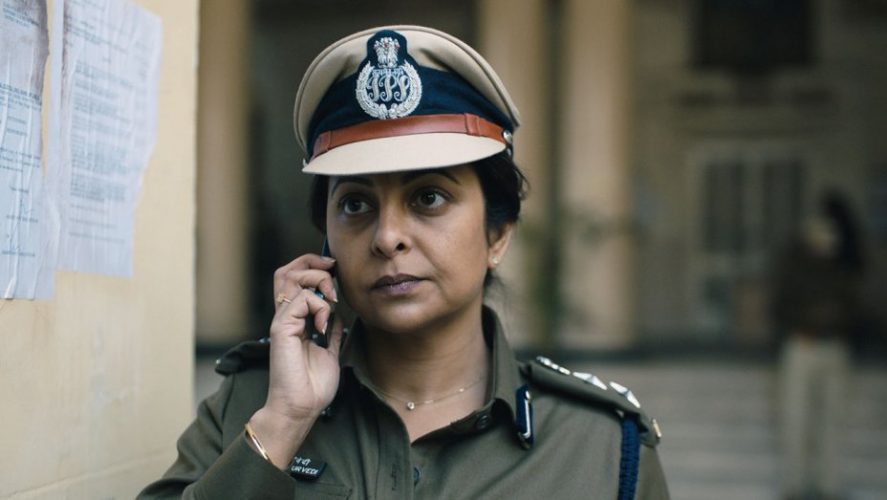 Delhi Crime — featuring writer, creator, and director Richie Mehta — is an Indian web TV drama that first premiered on Netflix on March 22, 2019. This true crime anthology series is based on the infamous 2012 Delhi gang-rape case, which shook the core of India’s capital as well as the psyche of the whole country. The first two episodes of the series were premiered at the 2019 Sundance Film Festival in the Indie Episodic category. It is produced by Golden Karavan and Ivanhoe Pictures.

Mehta — an Indian-Canadian director, well-known for his movie Amal — conceptualized the idea for Delhi Crime after a conversation with the former commissioner of Delhi police, Neeraj Kumar. Kumar introduced Mehta to the team who had investigated the case in 2012 and gave him access to procedural records that had documented the entire events of those 6 days — from the date of the incident to the day of the arrests.  After 6 years of intensive research, Mehta finally began the shoot in Delhi. He had initially thought of making a feature film, but when he realized that a movie format was not sufficient to include all the content, he went for a 7-part series instead. The series was finalized for release after taking approval from the victim’s family and Delhi police.

Delhi Crime Cast: Who is in it?

Shefali Shah’s character — Vartika Chaturvedi — is based on Chhaya Sharma — former deputy commissioner of the Delhi police, who was in charge of the team that caught the perpetrators.  Shah is an Indian actress whose notable works include Satya, Waqt: The Race Against Time, The Last Lear, and Dil Dhadakne Do.

Indian actress Rasika Duggal stars as Neeti Khanna. She has appeared in several Bollywood films, an Indian-German drama movie, and a number of Indian soap operas. Her notable performances include her roles in the movies Manto, Qissa, and Kshay.

Adil Hussain also features in another prominent role. This Indian actor is mainly recognized for his unconventional roles in art house cinema. His famous works include Reluctant Fundamentalist and Life of Pi.

Delhi Crime Plot: What is it about?

As we already mentioned, this true crime drama is based on the heinous incident of 2012, where six men brutally raped a young girl (often referred to as Nirbhaya, which means unafraid in the Indian context) and her friend in a moving bus. She was tortured and beaten and finally succumbed to her injuries after 11 days. This case shook the country to the core, with nation-wide protests demanding justice.

The plot of Delhi Crime centers around the Delhi police case files that documented the investigation during that time. The story starts with a police team discovering the badly wounded victims, lying on the side of the road. DCP Varthika Chaturvedi (Shah) shortly receives a call, informing her about the incident. After witnessing the brutality of the crime, she labels it as ‘insanity’. Chaturvedi is determined to tackle every barrier in order to nail down the criminals within the next 10 hours — because if she and her team don’t do so, the perpetrators might just vanish. Stretched between emotional turmoil and the call of duty, she goes through all lengths to bring justice to the victim and her family under any circumstance. Packed with emotions, politics, and outrage, Delhi Crime brings back memories of this unfortunate incident and tells us the story through the eyes of an investigation officer.

As Netflix puts it, Delhi Crime “captures the complexities of the scrutiny, the emotional toll on the investigating team, and their determination to bring the perpetrators to justice in a fraught environment.”

Delhi Crime Season 2 Release Date: When will it premiere?

Delhi Crime Season 1 premiered on Netflix on March 22, 2019. But the show originally had its world premiere at Sundance Film Festival, 2019. The series spans seven episodes and  opened to positive reviews from critics globally as well as nationwide. As far as season 2 is concerned, there are reports that Netflix has already commissioned two seasons of the show. The first season, which is more of a miniseries, covered all the details about the gruesome crime. So, it is almost guaranteed that season 2 will be about a different another crime altogether. Our best guess is that Season 2 release date could be sometime in March or April 2020.

For now you will have to contend with Season 1 trailer.

Read More: Best Documentaries on Netflix Based on True Crime