Delhi Crime Season 3: Everything We Know 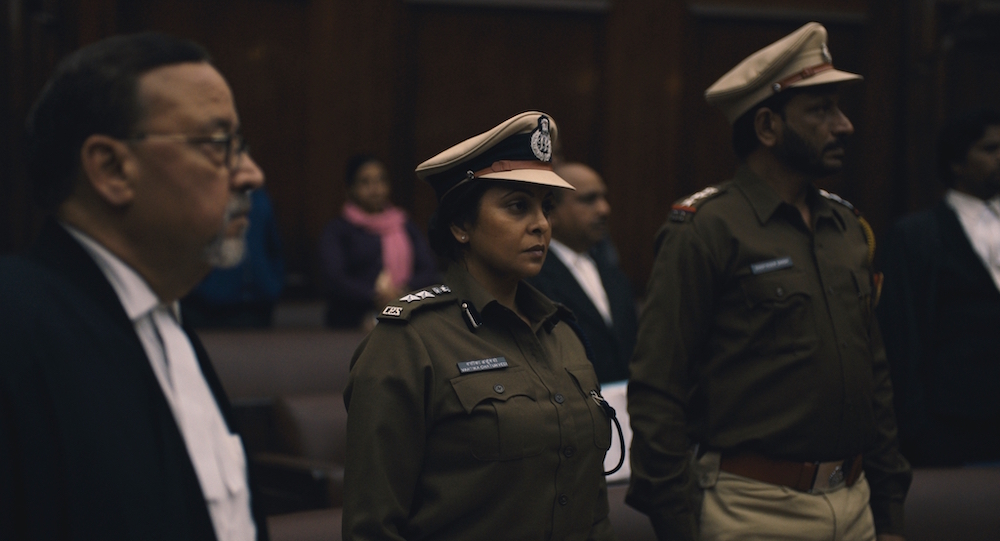 Netflix’s ‘Delhi Crime’ is a police procedural show that focuses on a different crime each season. Created by Richie Mehta, it takes inspiration from real-life crimes and presents a fictionalized version of them. The first season is about the 2012 gang rape case, while the second season focuses on the serial killings suspected to be perpetrated by the infamous Kachha Baniyan gang. Both the seasons have received critical acclaim, with the show winning Outstanding Drama Series at the 2020 International Emmy Awards. Its gut-wrenching stories, stellar performances from the cast, and realistic portrayal of police investigations have hooked the audience to it. After the release of the second season, it is natural for a fan to wonder about the third season. When will it release and what will it be about? Let’s find out.

‘Delhi Crime’ Season 2 was released in its entirety on Netflix on August 26, 2022. It consists of five 40-50 minutes long episodes. Much like its predecessor, the second season received widespread acclaim for its taut storytelling and the gritty depiction of real-life events. While there hasn’t been an official word from Netflix regarding it, the work on the third season of the show has already begun. In 2021, National Film Award-winning writer-director Sudhanshu Saria was brought on board to write the script for the third season. “Season 3 is now being written. It will go into production in a couple of months,” he told The Hindu.

Speaking of his approach towards Season 3 and how he aims to continue the legacy of his predecessors whose work has turned it into such a huge success, Saria said, “I want to build on it. I want to take that baton and run faster. They got so much right. The most incredible gift of that show is its ensemble cast. I am very happy they thought of me and wanted me to participate.” Considering that the script for the show was already being written in 2021, it is expected that we should have the next installment pretty soon. It hasn’t been confirmed whether the season has gone into production, but with the script ready, we believe the filming should commence soon. With all of that in mind, we expect ‘Delhi Crime’ Season 3 to release in early 2024.

Delhi Crime Season 3 Cast: Who Can Be In It?

‘Delhi Crime’ stars Shefali Shah in the lead role of DCP Vartika Chaturvedi. By the end of the second season, she is promoted to DIG, but she is also transferred to “somewhere remote”. We don’t know where Chaturvedi has been posted, but it might mean that she might not be around to solve another case with her team. However, getting transferred can be a long procedure, with all the paperwork and whatnot. This might allow Chaturvedi to stick around long enough to see another case through.

Apart from Shah’s character, the show also has Rasika Dugal’s Neeti Singh as a strong female character. In the first season, she was an IPS trainee, but in the second season, she is a proper police officer. In the absence of Chaturvedi, the task of solving the case might fall on her, and she’ll need her team for it. This means that Rajesh Tailang’s Inspector Bhupendra Singh, Anurag Arora’s Sub-Inspector Jairaj Singh, Gopal Datt’s Sub-Inspector Sudhir Kumar, and Sidharth Bhardwaj’s SHO Subhash Gupta should also return. Adil Hussain’s Commissioner of Police Kumar Vijay is also expected to be around, especially to show Neeti Singh how the bureaucracy works, something she’d been shielded from previously by Chaturvedi.

With a new case to solve, the show will need new faces to portray the culprits and the red herrings, among others. Apart from this, should Chaturvedi leave, a new DCP is also expected to arrive. Considering all this, a bunch of new cast members will become a part of Season 3.

Delhi Crime Season 3 Plot: What Can It Be About?

The first two seasons of ‘Delhi Crime’ are inspired by real-life police cases. We expect the third edition to take the same route. The national capital is rife with all sorts of crime, and with its second season, the show has exhibited its knack for merging two different true crimes to deliver a single story for the season. The fictionalization of the events prevents ‘Delhi Crime’ from being restricted to any particular year or timeline of the case. From the murder of IT professional Jigisha Ghosh in 2009 to the killing spree of Devendra Sharma aka Doctor Death, the murder of journalist Jessica Lal to the chilling Nithari child murders of 2006, there are a whole lot of case files that can become the source material for its next season. While the details of the plot are not known, it will surely be a high-pressure case that needs to be resolved in a limited time frame.