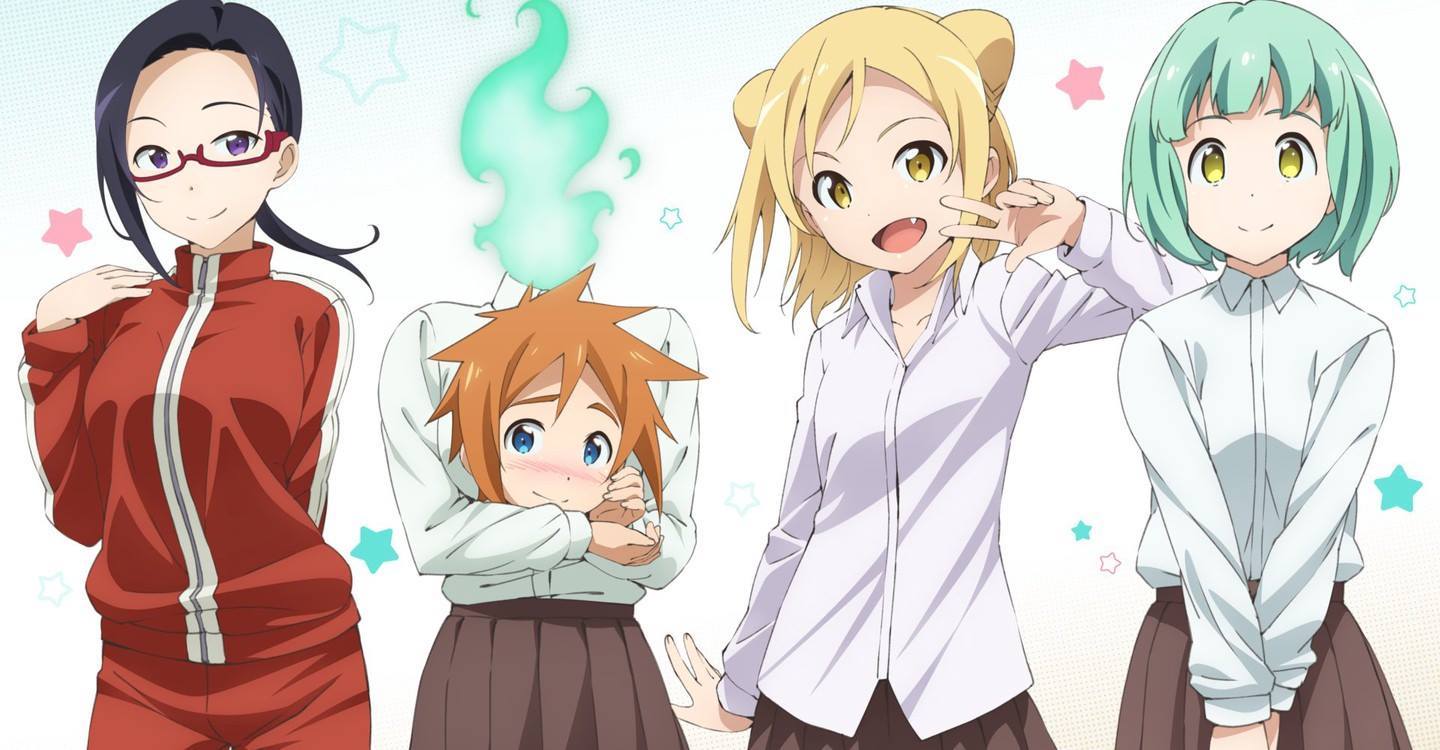 ‘Interviews With Monster Girls’ seems to be quite an underrated show considering how brilliantly it pulls off a cute, funny and pretty damn enjoyable and simple plot. Every single bit of it has a very childish ascription to it but is still quite entertaining. Most monster girl anime rely on ecchi to fulfill their lack of substance in the plot just like shounen anime have some really muscular characters. But would it be possible for an ecchi anime to still be entertaining despite not having enough ecchi moments? ‘Interviews With Monster Girls’ is one of those few monster anime shows that have a lot more to them than just fan service. Though, like most other similar slice-of-life anime, this one does have cute girls, pleasing visuals and also lacks a well-defined plot, it still manages to be really entertaining with extremely likable characters, the inclusion of social commentary (with respect to monsters) and also some genuinely funny moments.

Overall, ‘Interviews With Monster Girls’ has an incredibly unique premise when compared to other monster-girl anime and it also covers a lot of ground in a short span of 12 episodes. And despite having a huge cast for a 12-episode season, it still does really well with the development of each of them. The characters are a major standpoint for the anime because of their non-archetype personalities. In the end, you fall in love with most of them, especially the main protagonist who is like the ideal life coach. I would recommend this to pretty much anyone who enjoys a good slice-of-life anime and not just to those who are into monster moe-fests. However, if you’re looking for romance, action, fanservice, and emphasis on superpowers of the characters, then you might want to turn to a different direction.

Interviews With Monster Girls Season 2 Release Date: When will it premiere?

‘Interviews With Monster Girls’ Season 1 released on January 8, 2017 and with a total of 12 episodes, it came to an end on March 26, 2017. The director of the show, Ryo Ando, has revealed that soon after the release of Season 1, many fans were sending him requests for a new season. The anime has indeed gained a great fan following but no confirmations about its renewal have been made yet. There were initially some rumors surrounding it but there has been no official news from the studio’s end. Even so, if it is being considered for a whole new season, we can expect it to premiere sometime in 2021.

The English Dubbed version of ‘Interviews with Monster Girls’ is available on Funimation. You can also watch it on Crunchyroll with its original Japanese audio and English subtitles.

Somewhere in Shibasaki High School, there lives an ordinary biology teacher named Tetsuo Takahashi. On the outside, there is absolutely nothing different about him but on the inside, he has a fascination with the “Ajin”, who are also known as the “Demi.” The Demi are basically creatures who are half-human and half-monsters and they co-exist with humans in a form that is acceptable by society. He firmly believes that though a lot of people are aware of their existence, no one really knows much about them. But unlike other people, he is very curious about these creatures and tries to interact with them to learn more about who they are.

‘Interviews with Monster Girls’ follows the story of Tetsuo and his adventures with his three half-monster students—Hikari Takanashi, who is a hyper vampire; Kyouko Machi, the gentle Dullahan; and Yuki Kusakabe, a reserved snow woman. To get in-depth knowledge about these girls, he conducts solo interviews with each one of them and tries to gather every little detailed piece of information that he thinks he can get. But along the way, as he gets closer to these girls through his solo interactions with them, he realizes that they are not as different—from normal humans—as he thought they would be and his entire perception about them starts to gradually change. 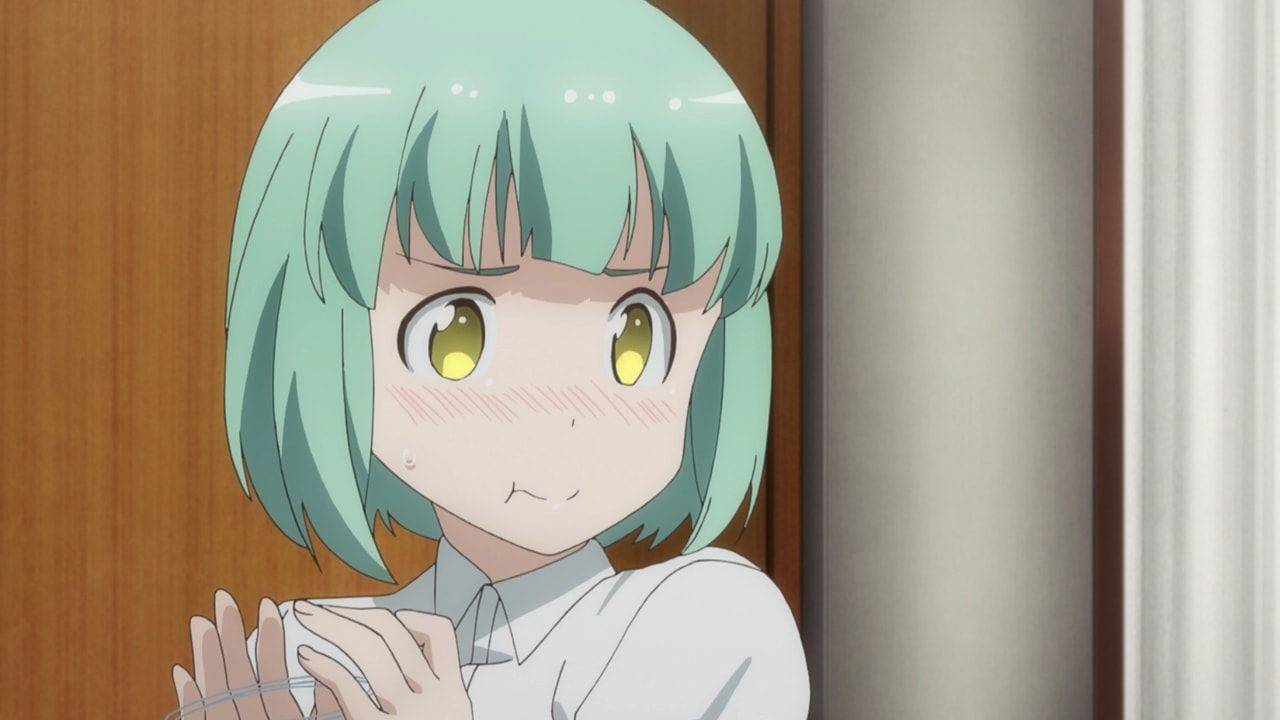 Yuki is one of the female leads of the show who is also known as the shy snow woman. She has the ability to lower the temperature of her surroundings depending on her mood. When it comes to her appearance, she looks like a pure snow woman with her freakishly white skin and light blue hair. Her normal body temperature is much less than that of a normal human being and her eyes are gold in color. She sheds icy tears every time she cries because of some really negative emotions. In hot areas, she feels really drained and might even faint a lot of times. She hardly has any sweat glands and can rarely be seen shedding a drop of sweat.

Weird folklores go around about the ones who are like her but despite that, she mostly looks normal and is also quite reserved. She is also constantly worried about how her supernatural abilities might actually hurt others because she is very well aware that most of it is not under her control. However, her concern is actually of no use because her abilities do not go beyond solidifying her tears or slightly cooling down a localized spot. Hikari, being the vampire girl, becomes really interested in her as she hates heat. She evens shows interest in biting Yuki’s neck. Initially, Yuki maintains her distance but after she realizes that she is harmless, she lets Hikari nibble on her shoulder through her dress. 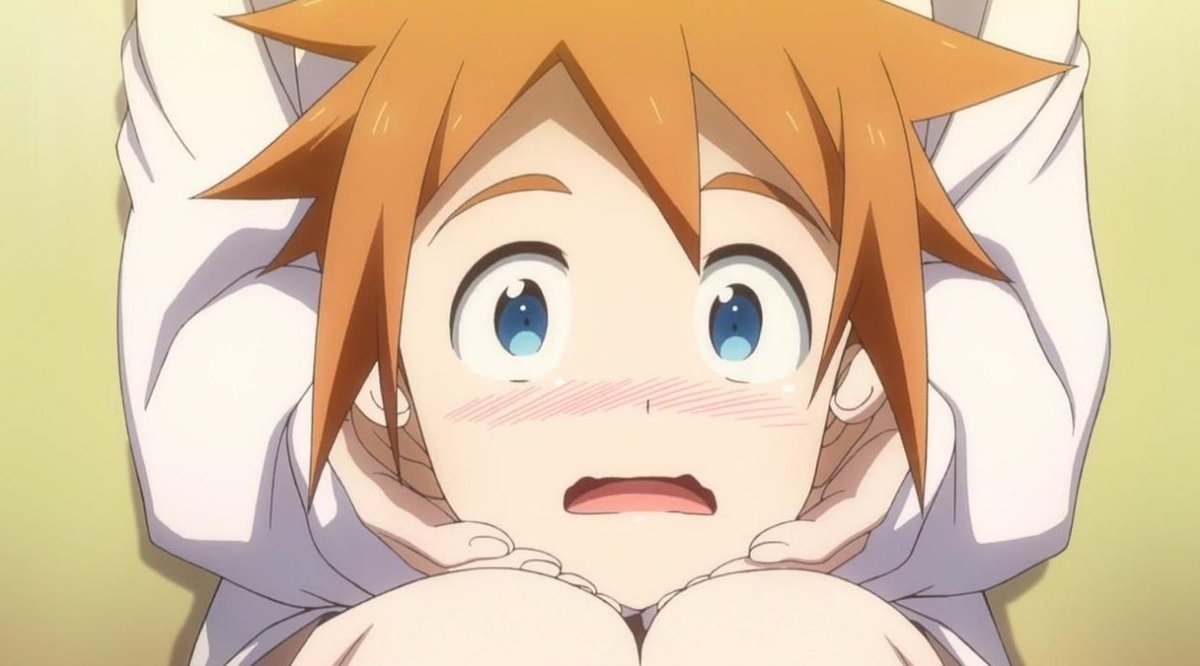 Kyouko Machi is one of the main characters of the show who always has her head detached from her body. She is termed as a Dullahan, which basically means that her head is not exactly a part of her body. Despite having a detached head, she is still taller than most of her classmates. She keeps her ginger hair cut short because it’s harder to carry a head with long hair. Her head lacks a neck and even on her body, there is a blue flame where her neck should be. Carrying her head all the time has given her extremely strong and muscular arms.

However, her appearance never reflects on her behavior, as she is a very kind-hearted person. Though her hands are always occupied with her head, she still somehow figures out ways to use them when necessary. She is very expressive with her body and hates being left out alone. She is also extremely intelligent and gets the best grades in her class. 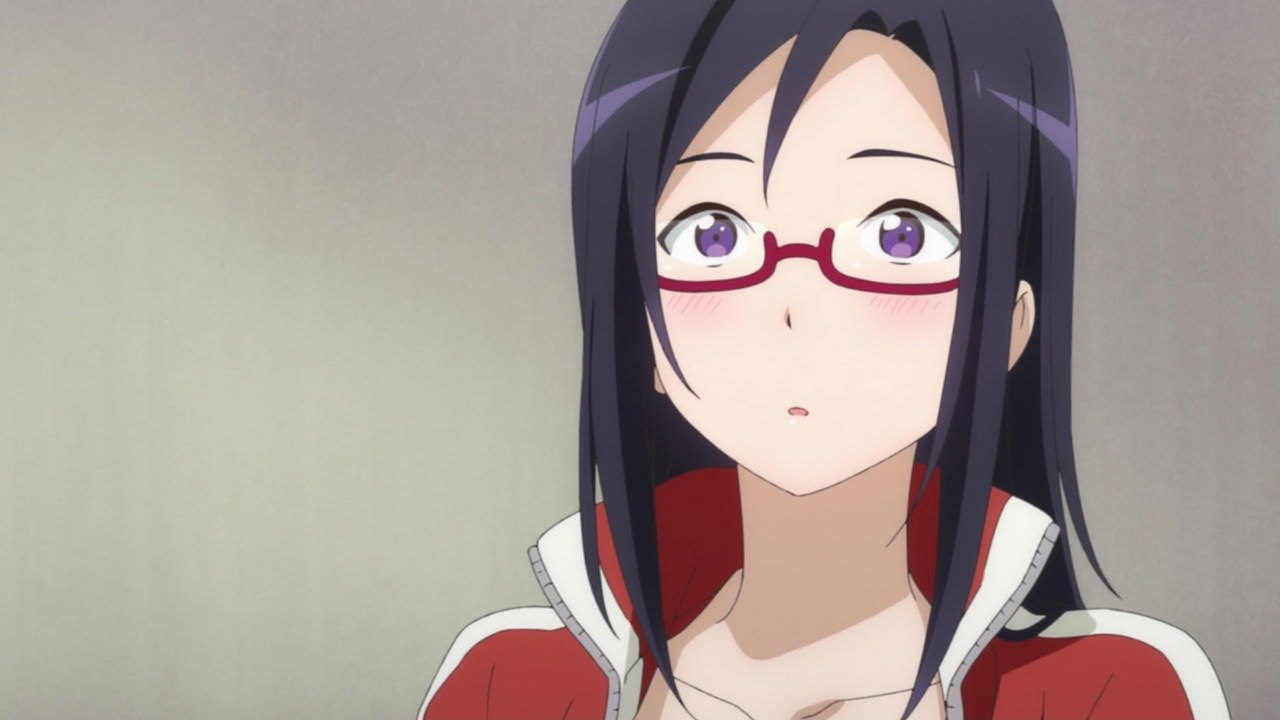 Sakie Satou is the Mathematics teacher at the Academy who is also a Succubus. Like many of her “Demi” students, she faces a lot of problems trying to fit in with real humans. She is a really attractive young woman with straight black hair and beautiful purple eyes. She is usually seen with a red tracksuit on and according Tetsuo, her sex appeal instantly increases when she takes off her glasses and lets her hair down.

Being a succubus, her body releases a pheromone that makes all the men around her lust over her. She hates getting all this attention but there’s nothing she can do about it. She completely lacks the traditional confident personality of succubi and is actually very timid and shy. One big reason why she really admires Tetsuo is because of how he is able to control himself around her, unlike most other men. She is very caring and protective towards her students, which further amplifies the attraction of men towards her. 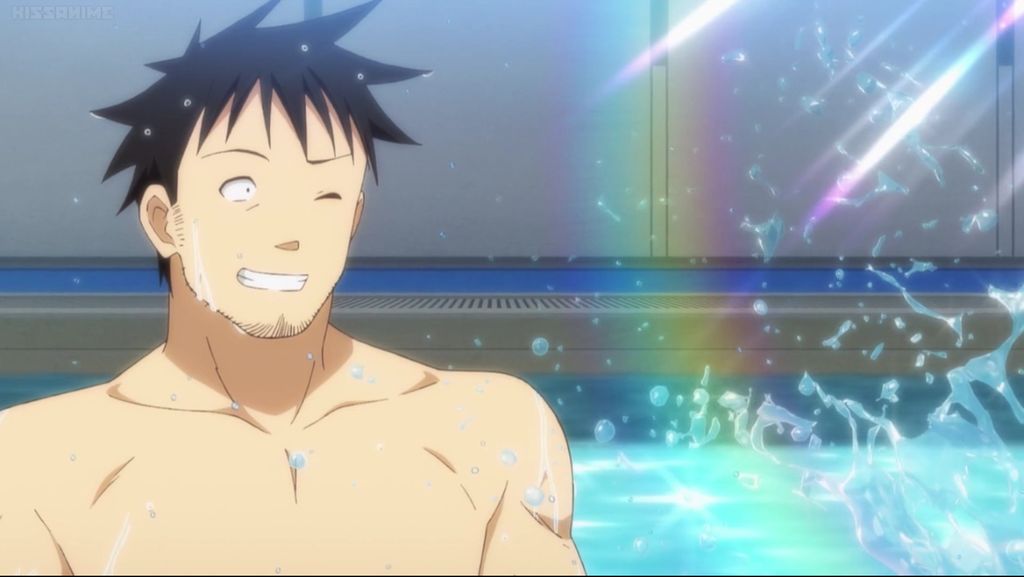 Tetsuo Takahashi is the main protagonist of the show who is a biology teacher by profession and also holds a keen interest in Demi-humans. He is very curious about them and also respects the struggles they have to go through to adapt with all the normal humans around him. Many Demi take interest in him as well because unlike most humans, he does not react to them in any strange ways and treats all of them as equals. He often hides his most basic instincts like fear and lust in order to protect the Demi-humans. 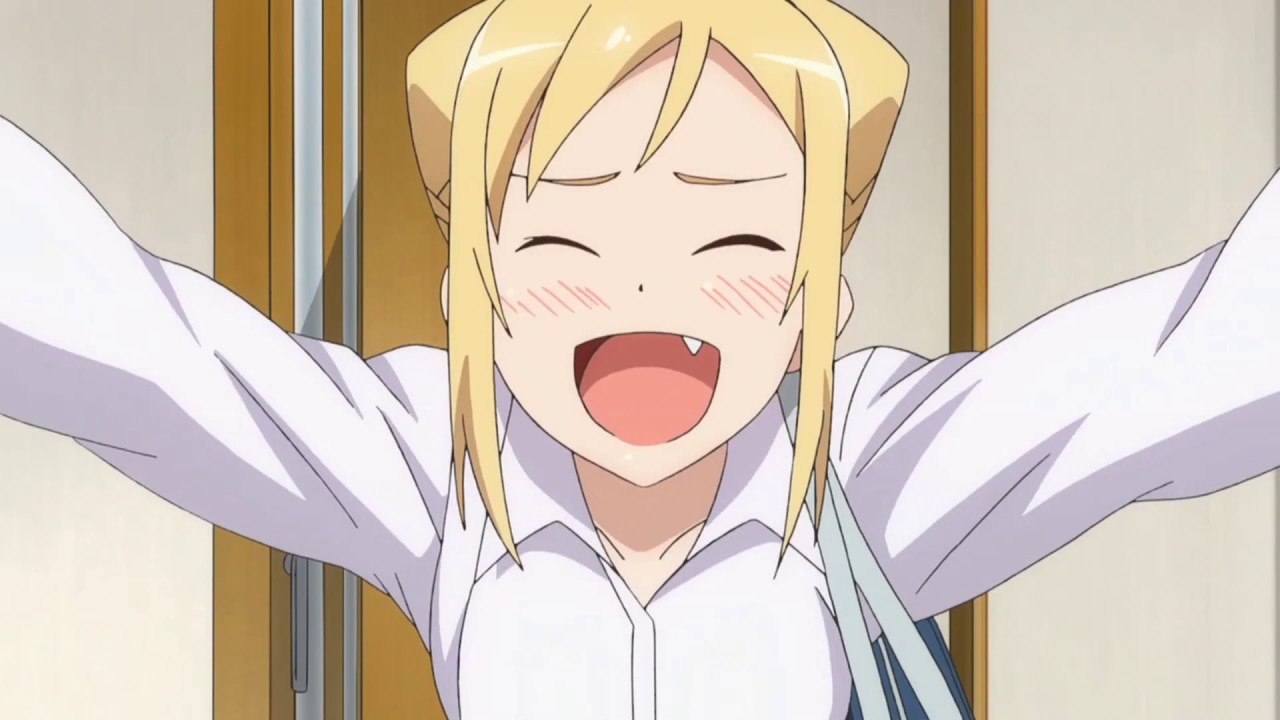 Hikari is a vampire by nature and needs blood to sustain herself. But unlike the common belief around vampires who are expected to be rather sullen, she is very active and full of life. She is also very much capable of eating garlic. To live normally amongst humans, she holds herself back from biting the necks of people but often dreams of doing so. She learns to live on government-issued blood packs and also on alternatives such as tomato juice.