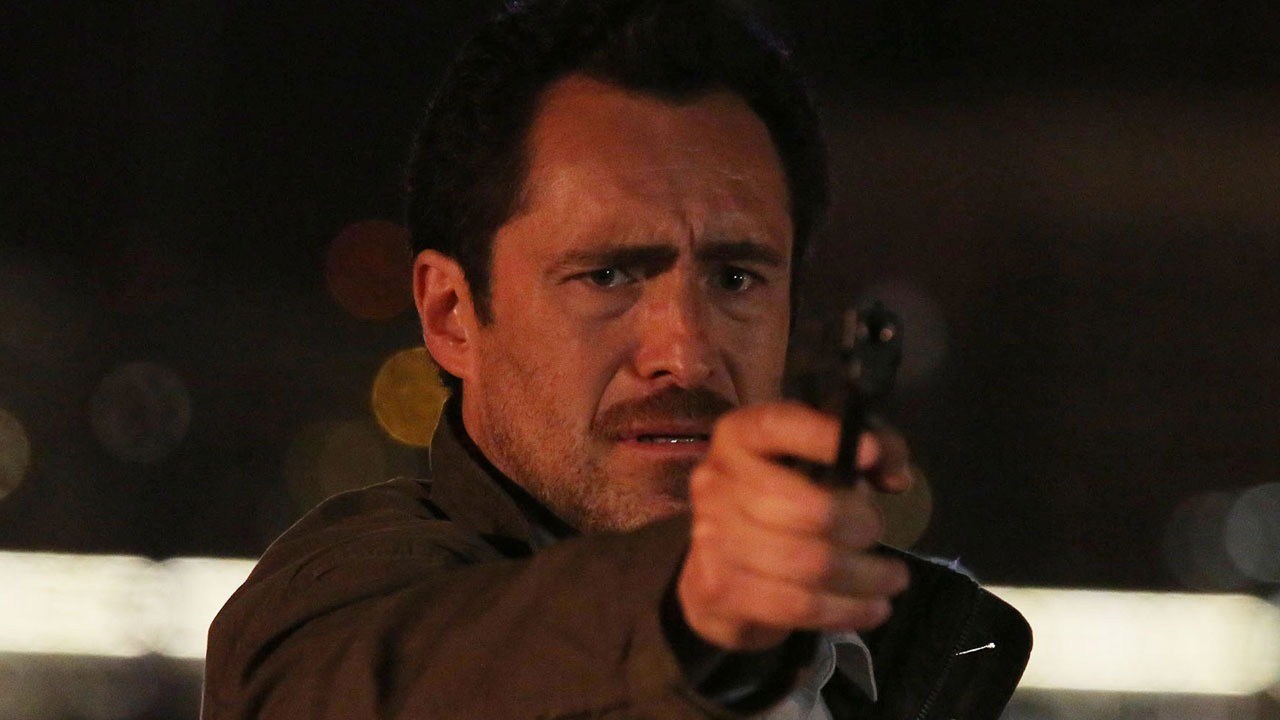 Demian Bichir started his acting career as early as a three-year-old boy! The Mexican-born actor’s parents — who are film and theater artistes — encouraged him to take up acting. With the support of his parents, Bichir became a member of the National Theater Company in Mexico. He managed to work with the masters of Mexican theater like José Tamayo, Clifford Williams and José Quintero by the time he turned 14! Bichir’s major works during that phase include ‘Ah! Wilderness,’ ‘Equus,’ ‘Broadway Bound,’ ‘The Ghost Sonata,’ and ‘Malcolm VS the eunuchs.’

He moved to the U.S. at the age of 22 for more offers and exposure as an actor. But he decided to take a hiatus from acting to get to know the reality of life. He joined as a busboy at Rosa Mexicano restaurant. Though he tried hard to land roles in Hollywood for the next four years, nothing significant came his way. He returned to Mexico after the disappointing stint where he found success as an actor at last. His 1991 movie ‘Sexo, pudor y lágrimas’ went on to become one of the biggest hits in the history of Mexican cinema.

Bichir came back to Hollywood during the early 2000s. This time, the actor tasted success both on television and films. He started with a lead role in the TV movie ‘Time of the Butterflies’ (2001) alongside Salma Hayek. Bichir landed the role of Fidel Castro in ‘Che: Part One’ (2008) and ‘Che: Part Two’ (2008), directed by Steven Soderbergh. His stunning portrayal of Carlos Galindo, an illegal immigrant in the U.S. who works as a gardener, in the 2011 movie ‘A Better Life’ earned him an Oscar nomination for Best Performance by an Actor in a Leading Role. Now at this point you must be wondering what is the next Demian Bichir movie or TV show? Well, here’s the list of upcoming Demian Bichir films and TV shows scheduled to release in 2019 and 2020. We can only hope that the latest Demian Bichir movies would be as good as some of his recent ones.

‘Grand Hotel’ is the first broadcast television project for Demian Bichir in his career. Based on the popular Spanish television series ‘Gran Hotel,’ the upcoming ABC series features Bichir as Gonzalo Cardenas, the enigmatic owner of the Grand Riviera Hotel. The plot centers on the Miami Beach Hotel Grand Riviera, which is managed by the Cardenas family. Behind the grandeur of the palatial hotel, the staff hide some shocking secrets about their boss. Cardenas, a man known for his charm, would do anything to get what he wants. His family consists of his fashionable second wife Gigi and their adult children.

While the wealthiest people from around the world relish in the dream-like luxuries of the hotel, several scandals and a looming debt crisis are burning in the oven beneath the splendor of Cardenas’ empire. ‘Grand Hotel’ also features Roselyn Sanchez as Gigi Mendoza, Denyse Tontz as Alicia Mendoza and Bryan Craig as Javi Mendoza. Written and created by Brian Tanen, the series is scheduled to premiere on ABC on June 17, 2019.

‘Grudge’ is an upcoming reboot and fourth installment of the ‘Grudge’ film franchise. Demian Bichir teams up with Andrea Riseborough for the film, which is tagged as a psychological thriller by Sony Pictures Entertainment. According to reports, the plot centers on a mother who brutally kills her family. A detective, who is a single mother living in the neighborhood, is determined to unearth the mystery behind the horrible murder incident and the haunted house. But the quest leads her straight into the mouth of a ghost who unleashes unimaginable horror. After the shocking discovery, she finds herself on the run to save her son from evil spirits stationed in the haunted house in her neighborhood. Demian Bichir reportedly plays an undisclosed role in the movie, which also features John Cho and Lin Shaye in major roles. ‘Grudge’ is written and directed by Nicolas Pesce, while Jeff Buhler serves as the co-writer. The movie will be released on January 3, 2020.

‘Godzilla vs. Kong’ is the long-awaited sequel to the 2019 movie ‘Godzilla: King of the Monsters.’ Demian Bichir joins an ensemble cast that includes Alexander Skarsgård, Rebecca Hall, Kyle Chandler, Vara Farmiga, Brian Tyree Henry, Shun Oguri, Eiza González, and Millie Bobby Brown, among others. Though the plot of the movie is under tight wraps, the title hints at a final showdown between two of the greatest monsters in the shared MonsterVerse of the franchise. ‘Godzilla vs. Kong’ is the fourth installment of Legendary and Warner Bros.’ monster franchise which kick-started with the 2014 movie ‘Godzilla.’ Other movies in the franchise are ‘Kong: Skull Island’ and ‘Godzilla: King of Monsters.’ Directed by Adam Wingard from a screenplay by Michael Dougherty, the movie is slated for a March 13, 2020 release. 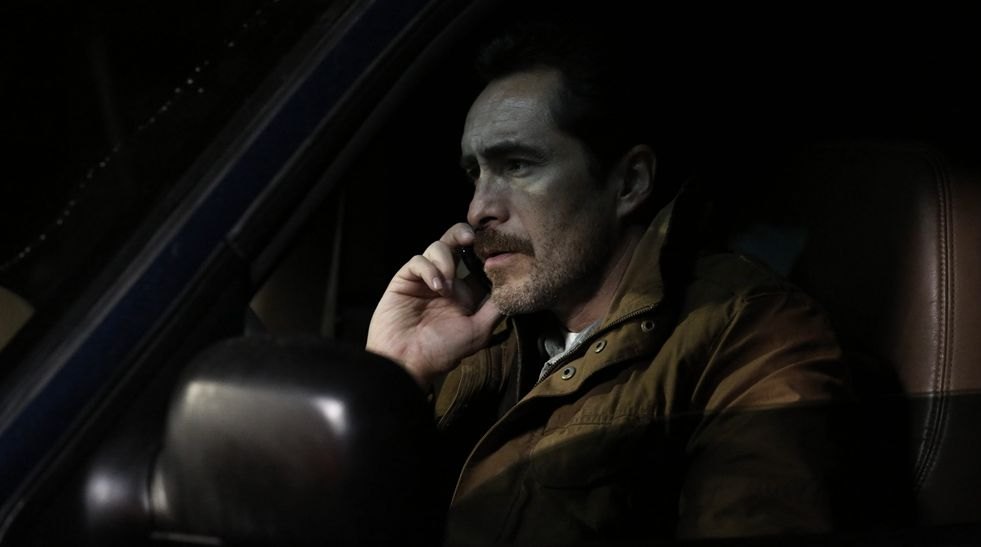 Lionsgate’s upcoming sci-fi thriller ‘Chaos Walking’ features Demian Bichir alongside Tom Holland and Daisy Ridley. The movie is based on the popular YA novel series of the same name by British novelist Patrick Ness. The plot centers on a distant planet of New World where a virus named ‘The Noise’ wreaks havoc. It creates maddening visions on the carriers’ thought process and drives them crazy. The chaos reigns the planet until Todd Hewitt (Tom Holland), a young man with a curious mind, finds the key to unlock the mystery — a girl named Voila (Ridley). Together, they embark on an epic adventure into an unknown place where they would realize the true meaning of life and death. Bichir plays the role of Ben, who is Todd’s over-protective adoptive parent, reports Deadline. Directed by Doug Liman, ‘Chaos Walking’ is written by Charlie Kaufman, Lindsey Beers, John Lee Hancock, and Gary Spinelli. The movie is expected to come to theaters in 2020. 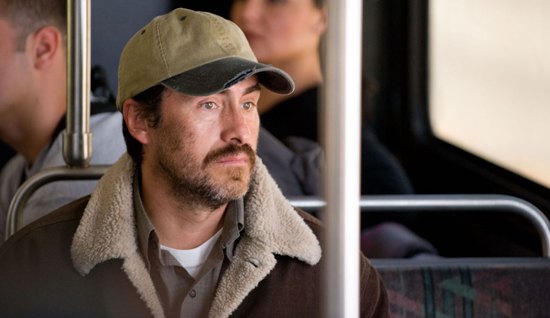 ‘JSA’ is the English language remake of the Park Chan-wook directed South Korean flick, ‘Joint Security Area.’ According to various reports, Demian Bichir will be seen alongside Ana de Armas (‘Blade Runner 2049’) in the film. The plot revolves around a U.S. Marine and a Spanish Infantry lawyer who investigates an alleged shootout between Marines and Mexican troops. Both find love in the midst of uncertainty while the circumstances gradually become hostile. More details about the characters of Bichir and de Armas are still under wraps. The movie will be written and directed by David Franzoni, who is known as the screenwriter of ‘Gladiator.’ Park Chan-wook’s 2000 movie ‘Joint Security Area’ is one of the most successful and important films in Korean cinema. The English version is scheduled to go into production in the fall of 2019.