‘Demon King Daimo’ or Ichiban Ushiro no Daimaou has a typical high-school anime setting where a male student gets transferred to a new school. This leads to the even more typical harem situation where this male student is either ostracized for being different from everyone else or has girls falling for him everywhere. For anyone who is an avid anime viewer, the plot becomes very obvious and predictable, so it means that you will not be blown away by the show in any way. But midway through the season, somewhere around its fifth episode, the show takes a weird turn and suddenly transforms into an action-centric show. As it completely abandons its harem foundation and tries to pick on a new genre with only close to 6 episodes left in the season, it feels like all of it is just being forcefully cramped up in a very short run-time. In the end, ‘Demon King Daimo’ suffers greatly and feels extremely rushed throughout.

The biggest problem with a fast-paced anime like this one is that the pacing starts to have an impact on every other aspect of the anime as well. Even the whole character development and placing of action scenes suffer when the storyline escalates too quickly, which can be clearly seen in this case. It almost feels like the creators were starting to run out of budgets halfway through the season and were told that they have to finish off the whole entire novel in just one season itself. Many major plot points that are initially introduced have been kept as loose ends all the way till the end and never really got a proper conclusion. What really disappoints me is the fact that I am sure the anime would have been really enjoyable overall despite its cliches, but this one issue with its pacing just sets off a chain reaction and ruins pretty much everything.

Apart from the issues with the story, the animation is mostly great and works well for almost all the scenes. It gets a little inconsistent at times and often lacks background detailing but it never reaches a point where it becomes entirely unbearable. One thing that really helps you connect with the show is its amazing music. The background soundtracks are unforgettable and always seem to fit in perfectly with the scenes they are played with. Surprisingly, even the English Dub is really good and has noticeable weird voices that many Dubs tend to have.

In conclusion, the series could’ve done so much better if it only had another season or a few more episodes added to it. But as it is, the anime is overall not too bad and can be enjoyed by someone who does not expect too much out of it. So anyone who is even mildly interested in it should give it a shot. The first few episodes will be enough to give you a glimpse of how it is going to be, so if you realize that it’s not your thing from the beginning itself, then you might want to give it a pass.

Demon King Daimao Season 2 Release Date: When will it premiere?

‘Demon King Daimao’ season 1 premiered on April 3, 2010 and came to an end on June 19, 2010. Now regarding season 2, the source material of the anime has enough content for three more seasons, so clearly that is not a concern. Now it all comes down to the popularity and overall sales of the first season.

Though the first season did gain some popularity for a while, its overall sales are a little questionable because it did receive a whole lot of negative reviews. It has almost been a decade now since the release of the first season and as of now, without any confirmation from the Studio’s end, it is safe to say that a new season seems very less likely. But even then, if there is any update regarding ‘Demon King Daimao’ season 2 release date, we will update it right here in this section.

You can watch ‘Demon King Daimao’ on Crunchyroll, Amazon Prime, and HiDive with its original Japanese audio and English subtitles.

‘Demon King Daimao’ revolves around a teenage boy named Akuto Sai who dreams of changing the world someday. To do that, he transfers to the Constant Magic Academy where he befriends a ninja named Junko Hattori. The two become really close friends and together strive towards a common goal, that is, to make the world a better place. But as soon as they arrive at the academy, Akuto comes to know that he is the next Demon King and he realizes that things will never be the same for him now.

Soon everyone around him finds out about his predicted fate and people start fearing him. He is left with no friends and absolutely no one wants to talk to him anymore. All these rumors reach a point where even Junko starts questioning him. Akuto becomes more determined than ever to prove that he can defy his fate and be something other than what the prophecy says he will be. Another thing that changes after his discovery of his fate is the fact that now, all of a sudden, he is surrounded by a harem of girls who either want to teach him a lesson or just love him for who he is. Akuto must now learn to control his newly awakened powers before they take over him completely. That’s the only way he can defy his destiny and prove that his future is not etched in stone. 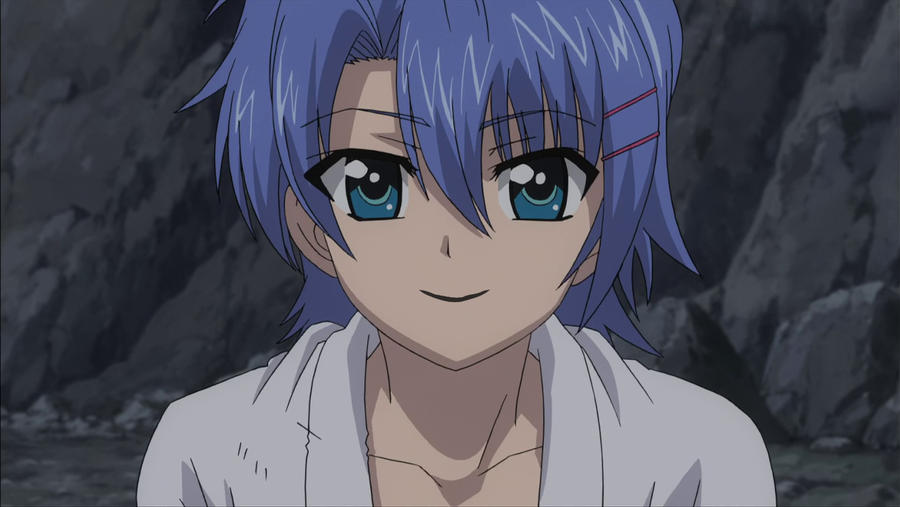 Junko Hattori is the secondary protagonist of the show, who is the class representative of class 1-A and also the member of the Hattori Ninja Clan. She is a disciple of the God Suhara and her clan has been assigned the job of protecting the Empire. She has blue eyes and blue hair that are held back with two clips on one side of her head. Junko has a very strong sense of justice and will do anything to protect the world from evil. When she finds out that Akuto is the Demon King, though he is her friend, she does not think twice before going out there to kill him. 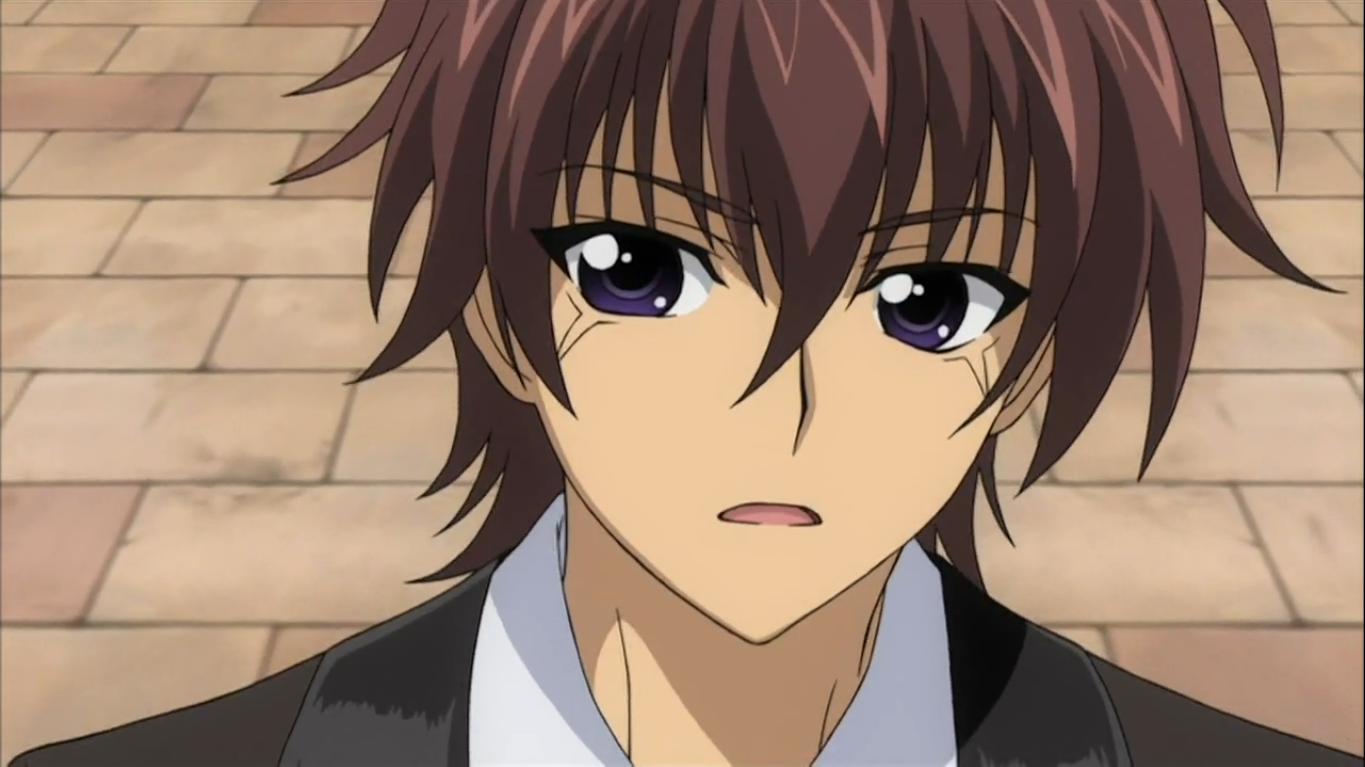 Akuto Sai is the main protagonist of the series, who initially dreams of making a difference in the world. But one day, he finds out that it’s in his destiny to become the Demon King in the future. His whole world turns upside down after this discovery and everyone around him start treating him very differently. He has brown hair and purple eyes with marks under them that look like inverted demon horns. When his personality later changes into his demon version, his eyes turn red and the redness slips into the horn-shaped marks as well.

Akuto hates being called the “Demon King” and after this discovery, he also hates how so many girls of the school are suddenly into him. He respects everyone around him, especially women, and never speaks to anyone in a rude way. After the whole school finds out about his prophecy, he tries really hard to convince everyone that he is not evil. There are these rare times when he reaches his limit and the evil in him takes over, revealing an extremely violent side of him. There are also times when he is forced to portray himself as the demon king and in these situations, he never holds himself back.