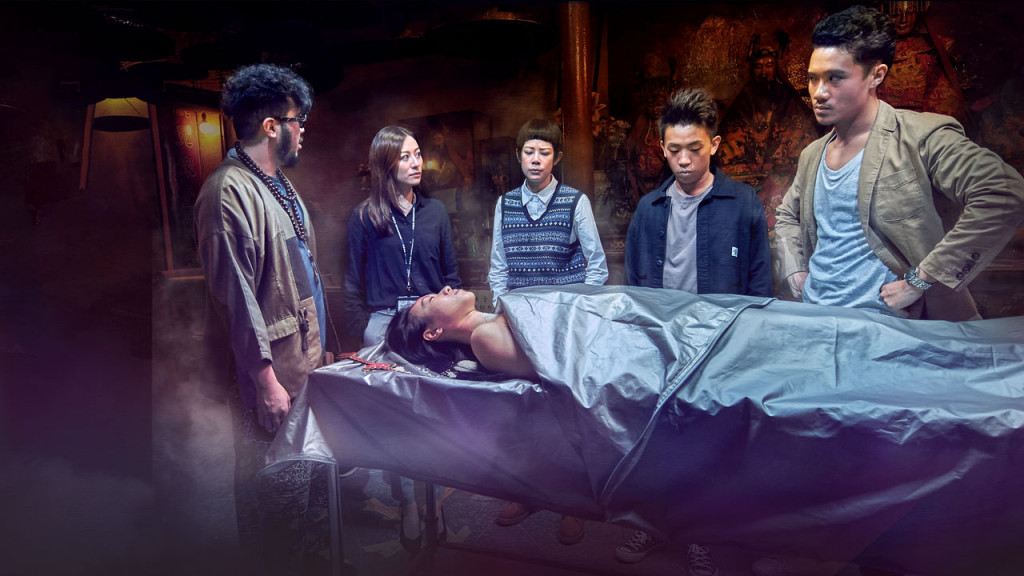 Netflix’s drive to fetch themselves a better porch on the global recognition tree has become clear only by their multi-billion dollar investment into acquiring exclusive anime distribution license (Castlevania and Devilman are two examples of how successful they have been in that department so far). To cement it, the international streaming platform has also been expanding its library with a greater number of both scripted and unscripted TV from the South-East Asian countries – and Chinese dramedies no doubt has their fair share of shows in these categories. A particularly unique recent entry in this area has been a cop procedural called ‘Demon’s Path’.

The label of a cop procedural already makes ‘Demon’s Path’ the easy punching bag for all the idiosyncratic pitfalls and laughable tropes the genre has in general. We cannot be the judge of whether it completely redeems the show from the structural pigeonholing that all cop procedurals must inevitably succumb to, but we can attest to the critical and fan consensus on the show: it is certainly among the most visceral and well-made horror-themed shows (the good kind rather than the spooky jumpscare-fest horror flicks) to air from the Chinese dramedy scene in 2018. Demon’s Path premiered on Netflix on December 22, 2018.

Demon’s Path Cast: Who’s in it?

Given that the show comes from a localized dramedy silver screen sphere, many of us international viewers might not recognize its cast at a glance. But make no mistake, Demon’s Path has an acting powerhouse for a cast, and all the major actors and actresses are well-known in the true crime scene on at least one major network even if they are not exactly household names. It stars Du zun-starrer Wai Ai and Hong Kong actor Sui-man Chim (Microsex Office, Men Suddenly in Black), but the protagonist’s role has been played by Ka-ki Sham. We do not know how the plot might proceed in a possible second season, but if Yu Yik Sam and his rag-and-tag investigation pals return with their bizarre and unique hijinks, Ka-ki Sham & co. are all but certain to be recast in these roles again.

Demon’s Path Plot: What is it about?

Although it may seem from a momentary glance to be just another highly violent serial-killer chase with some horror schtick, there is a lot of other stuff going on in Demon’s Path. So much so that it is difficult to pin the show to one genre. It is rather a blender of genres and tonal swings from moments of intense tension and blood-splatter shots to sudden moments of humour (perhaps some of them unintentional), all the while also upping their game on supernatural elements. Without making headway for spoilers – because there are a lot of twists in this story – the tale is essentially the chase of a serial killer whose first murder in the show is a callback to the 70’s real-life Happy Valley Cardboard Box Murder.

Demon’s Path Season 2 Release Date: When will it premiere?

Even if Damon’s Path ends its debut season with a plot closure on the surface level, a cop procedural does not exactly need loose ends to follow through into another season. Even though the show persistently focuses itself into a coherent murder mystery narrative, it would not be too far out of the reasonable norms to expect another murder mystery to be laid out under the supervision of Wong Hing and Sunny Lau.

Given this, and the high praise the show seems to have picked up before an international audience that is ever interested to receive more from the same directors, the Malay are likely to invest further and expand their venture with another Demon’s Path season, or so it would seem. As a matter of fact, however, while there are virtually no reasons the producers should drop the show, they have not officially said anything about a renewal either. This makes a tentative release date difficult to confirm, and we can only speculate that it will hopefully start production soon if it gets renewed, which would probably indicate that season 2 of Demon’s Path would be slated for an early 2020 release. We will be constantly monitoring the renewal status of the show, so head back here later if you want to stay updated about the release date. Currently, the air dates for Demon’s Path season 2 is officially TBD.

There are no updates about the network renewing the show for a new season, and it might be a while before we have concrete information on this subject. Until that happens, fans of the show can stream the original season on Netflix. A great head start into the show would be the original Japanese trailer for the show, which you can watch below.