Deputy S01 E13: Everything We Know 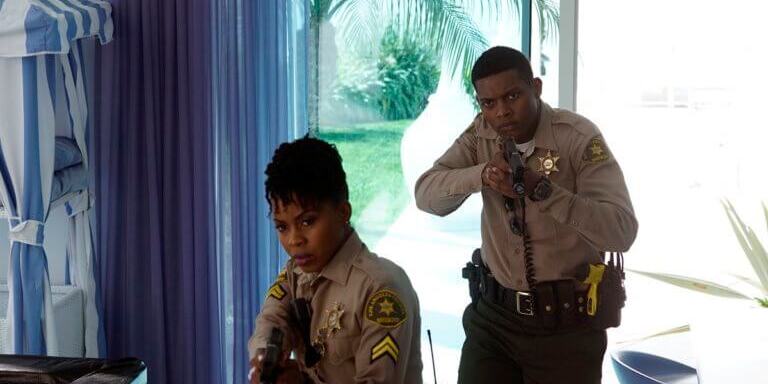 Fox’s procedural drama ‘Deputy’ is the story of a cowboy sheriff, Bill Hollister, who gets placed as the Acting Sheriff in the LACD after the an unfortunate incident. Hesitant at first, Bill learns that the department lacks order and accountability. Therefore, he swears to end the bureaucratic interference and corruption at the department, even if it means going against the books and bending some rules. In his mission, he is joined by a bunch of officers who share the same ideologies as him.

Will Beall is the creator of this cop drama, which premiered on January 2, 2020. Apart from Stephen Dorff (Bill), Bex Taylor-Klaus is also hogging the limelight for her brilliant performance as Detective (previously Deputy) Brianna Bishop. So far in season 1, we have seen Bill going back and forth about stepping into the election scene for reclaiming his position, this time permanently, as the Sheriff.

Well, in episode 12, which released on March 19, 2020, we see that happening and fans can’t be more happier. In case you need to jog your memory, we have added a recap for you. If you want to know what happens in the upcoming episode, i.e ‘Deputy’ season 1 episode 13, read on.

The upcoming episode has been titled ‘Bulletproof.’

In the previous episdoe, Charlie learns from Levon, Luna’s former Informant and now Charlie’s CI, that he is leaving town as things are not looking good for the informants. In episode 13, we might see more informants being suspiciously killed, one by one, across L.A. This might cause the officers at the department to worry and they might band together to find the one who is leaking the personal information of the Informants. Also, Teresa and Cade might be just a step away from losing the custody of their foster kids altogether after Cade’s altercation with the kids’ grandmother. Meanwhile, Bill might face a tough decision, wherein he will have to choose between being by Maggie’s side for her Quinceanera, or going to work.

Where to Watch Deputy Episode 13 Online?

You can catch ‘Deputy’ season 1 episode 13 on Fox at the above-mentioned time. You can also watch the episode on Fox’s official website.

If you don’t have a cable subscription, you can stream the show on Hulu, Fubo TV, and DirecTV. Another way you can watch ‘Deputy’ is by availing the VOD service on YouTube TV, or by purchasing the episodes on Amazon Prime.

The episode is titled ‘Agency.’

First things first, in the episode, Bill finally announces that he is running for the position of the Sheriff at the LACD. Of course, Jerry and Riley are disappointed. But who cares? He has his family, the people of his department, and almost half the city, on his side. Moreover, if Riley and Jerry do something nasty to get Bill out of the way, they endanger their own reputation.

Meanwhile, Paula takes a drastic step to heal from the trauma. She comes face to face with the woman who held her at gunpoint during the prison situation. Paula tells the woman that she is done allowing her to rule Paula’s mind, and now she is not her hostage anymore. Atta girl! Also, we meet Paula’s father, Jorge, the head of the Latino community, in the episode.

Riley is trying to win over Bishop and feels that they might make a good work-pair. Bishop is obviously on Bill’s side but plays cordial with Riley, to learn more about her. Elsewhere, someone is taking down the Criminal Informants one by one. Therefore, Charlie’s CI Levon is planning on fleeing the city. Also, things are not looking good for Joseph, and Charlie is worried, as he is growing more hostile because of Carter’s influence. Cade loses his calm and yells at Grandma, who accuses him of being a racist. But the kids assure Cade, that they’re happy with him.