Deputy S01 E12: All the Details You Need to Know 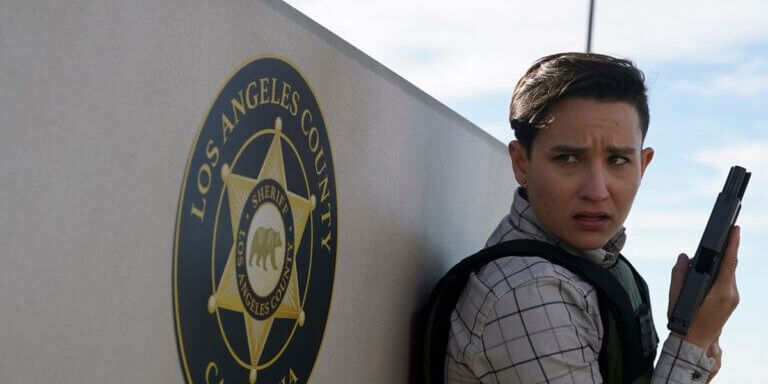 ‘Deputy’ is a police procedural drama that encircles the life of a no-nonsense lawman, Deputy Bill Hollister, who is put in charge of 10,000 sworn deputies overnight, after his friend and predecessor passes away. As the Acting Sheriff in the Los Angeles County Sheriff’s Department, Bill ruffles the feathers of his fellow law-bringers, who are more interested in lining their pockets with the taxpayers money than serving justice. With a proficient team on his side, can Bill manage to turn the tide in the police department?

A Will Beall creation, the cop drama premiered on January 2, 2020. So far in season 1, we have seen Bill tackling crime and corruption with the help of his team. Along with that, he also struggles to make sure his family – wife Paula and daughter Maggie, doesn’t bear the brunt of his powerful position. And with election around the corner, Bill is looking forward to fighting all odds to keep his position intact.

Episode 11, released on March 12, 2020. In the episode, we see the return of Bill’s father who offers him some advice related to work and Riley sharpens her knife to stab Bill in the elections. In case you need to jog your memory, we have added a recap for you. If you are interested in knowing what happens in the upcoming episode, i.e ‘Deputy’ season 1 episode 12, read on.

The upcoming episode has been titled ‘Agency.’

In episode 12, we can expect to see Charlie, Joseph and Carter trailing a convoluted case that gets even more entangled during the course of their investigation. Meanwhile Bill’s wife Paula might grapple with growing insecurity surrounding the trauma that has been inflicted upon her during the perilous hospital takeover. Bishop and Cade might develop a meaningful friendship over an unexpected hug. We might also get to witness how Bill’s family at home and work, try to get him accustomed to the various components of Los Angeles County.

Where to Watch Deputy Episode 12 Online?

You can catch ‘Deputy’ season 1 episode 12 on Fox at the above-mentioned time. You can also watch the episode on Fox’s official website.

If you don’t have a cable subscription, you can stream the show on Hulu, Fubo TV, and DirecTV. Another way you can watch ‘Deputy’ is by availing the VOD service on YouTube TV, or by purchasing the episodes on Amazon Prime.

The episode is titled ‘Paperwork.’

In the episode, we see the whole team working together to deal with the hell that breaks loose when a member of a Japanese drug ring brings a fight to the Department. Meanwhile, the new entry, Carol Riley is busy pulling out all stops to take down Bill. She is so desperate to throw Bill out of her way, that she tries to rope in Bill’s trusted team members to spill some dirt on Bill’s undertaking. The officers do not even flinch, let alone spew any details. Even Charlie has sided with Bill and together the whole team believes that only Bill has what it takes to reform the department.

In fact, Joseph takes a stand for his mentor, as he shuts Riley down by saying, “With all due respect, what you see as a personal motivation was, in actuality, a sheriff believing in one of his deputies and having the courage to fight for justice regardless of political backlash. That’s why this is HIS department, and that is NOT going to change.” Yes, you tell her, Joseph.

We also witness an empowering conversation between Bill and his father, wherein he convinces Bill to run for Sheriff. The episode also highlights the potential danger Joseph is in, as he is hanging out with a shady deputy, Charlie has warned him against.