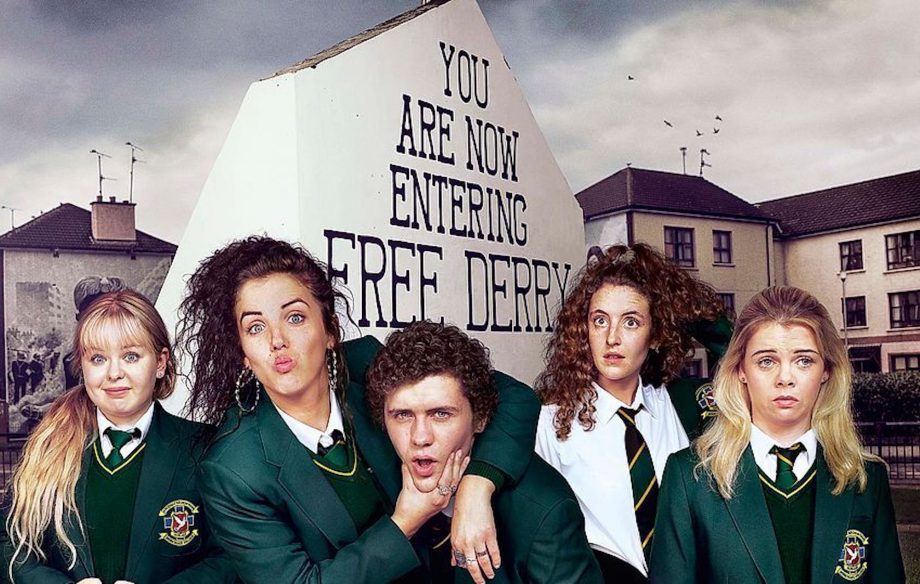 Derry Girls is an Irish sitcom that airs on Channel Four and is now also streaming on Netflix. It is written by Lisa McGee and produced by Britain’s Hat Trick Productions, and is set in Derry, Northern Ireland, chronicling a group of schoolgirls in the mid-90s. The show premiered its first season on January 4, 2018. Its debut was nothing short of phenomenal and drew in over three million viewers resulting in the second season being renewed almost immediately. The production of its second season started shortly after, on October 8, 2018. Season 2 premiered on March 5, 2019. After Father Ted, a Channel 4-sitcom, Derry Girls has been acknowledged as the network’s most successful comedy which earned it a BAFTA nomination alongside Mum, Sally4ever and Stath Lets Flats in the category of scripted comedy. Here’s everything we know about its next season.

Derry Girls Cast: Who’s in it?

Derry Girls Plot: What is it about?

Derry Girls revolves around five high school teenagers as they battle the challenges that come with being a teenager. This 1990s show is set against the political background of Ireland, and you often see soldiers in the background. It begins with Derry being put on high alert of a probable bombing to take place on a bridge nearby, but our leading ladies, Erin, Clare, Michelle, Orla and their sidekick James couldn’t be less daunted by the prospect of their first day at school.

With Derry Girls, Lisa McGee, the writer has managed to break the male-dominated story arcs and brings us a new perspective on sex comedies. The show also speaks volumes because there was no holding back during the writing process. The teen girls have characteristics that are unladylike, and that is one of the aspects of what sets it apart from the others and makes this show refreshing to watch. Headmistress Sister Michael who has come to be a favourite of most audiences brings to the series a combination of all of McGee’s teachers she had at school. McGee said about the character, “I don’t know if they make them like that any more,” she says. “That type of female teacher, who could be just thinking about looking at you and you’d be shaking.”

In one sequence on the show, Sister Michael proceeds to announce the GCSEs and is the least empathetic in her approach. Her exact words are, “I know how daunting resit examinations can be, so if anyone is feeling anxious or worried, or even if you just want to chat, please, please, do not come crying to me.”

Derry Girls has been praised invariably for its brilliant casting, subtle but witty humour and a plausible storyline that has not only won it awards and nominations but also hearts. The actors, both main and supporting are brilliant and very compelling in their deliveries; the storyline, even though it includes aspects that are characteristic of most comedy highschool dramas, is quite different in its approach. We know there can ever be too many teenage drama’s and Derry Girls taps into that sphere with utmost finesse.

McGee also spoke about what she had in mind when writing the show and how she wanted it to be different from the ones that she had seen so far. She said, “When I watched TV growing up there was always ‘the bra episode’ where someone’s boobs weren’t big enough. There was always the episode where they were embarrassed by their period. The only talk about boobs in this show is Michelle talking about how brilliant hers are. I decided, ‘there’ll be no period jokes, we have other things to say apart from our bodies’. And I don’t want these women to be seen in relation to boys. They fancy them, but it’s probably only 20 per cent of what they talk about.”

The show is not a safe comedy, it’s bold and erratic, and it might you feel uncomfortable at times, but that’s how art works. It does not cut back on the profanities or sex jokes either. Netflix has done wonders for the show by introducing it to more audiences. It portrays the reality of what it is like to be a teenage girl, and you get to see the raw experiences and the flat-out panic of being a teenager without having a pink filter to smoothen the resulting aggravations. The high on energy show is worth the watch and offers the perfect amount of drama, comedy, emotion that one would want. It is an absolute delight for all teens.

Derry Girls Season 3 Release Date: When will it premiere?

Derry Girls season 2 premiered on March 5, 2019. The series has shown lot of promise and has been appreciated by audiences of all age groups. As far as the next season goes, we have good news for the fans. On April 10, 2019, Channel 4 has announced that Lisa McGee’s comedy will return for a third run. Though no release date was revealed. Our best guess is that  Derry Girls season 3 can release sometime in March, 2020.

There have been no trailers or teasers released for the third season as of now. Here is a trailer from its previous season to catch up on what you may have missed. The first season of Derry Girls is available to stream on Netflix and the second season was also added on August 2, 2019.