Derry Girls Season 3: Everything We Know 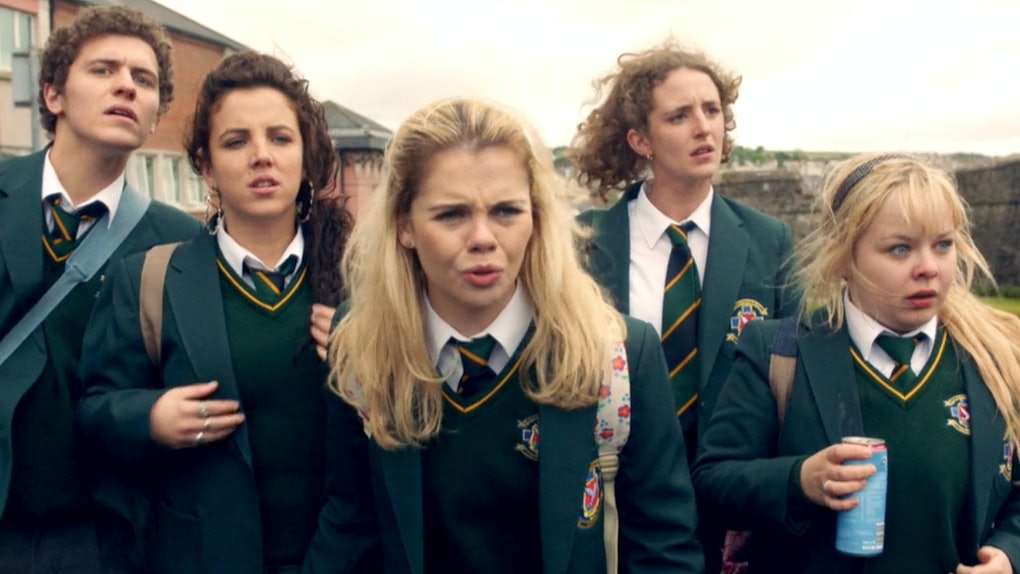 ‘Derry Girls’ is an award-winning comedy series created and written by Lisa McGee. Set in the 1990s, the show follows a group of teenagers from Derry, Ireland, as they navigate their colorful lives. The critically acclaimed show has also been nominated twice for the BAFTA TV Awards under Best Scripted Comedy in 2019 and 2020. It originally premiered on January 4, 2018, on Channel 4.

Following the success of the show in Ireland, Netflix picked up the series and released season 1 on December 21, 2018. With the rate at which the series is gaining popularity, it is natural that the fans are hungry for more. Here we have all that you need to know about ‘Derry Girls’ season 3!

‘Derry Girls’ season 2 landed on July 9, 2020, in its entirety on Netflix. However, the episodes were taken down from Netflix UK & Ireland on July 14, 2020, due to a mix up over streaming rights, although it is available globally outside of the U.K. Before the second season aired on Netflix, it was released in its home country (Ireland) on March 5, 2019, on Channel 4, with the season wrapping up on April 9, 2019. Season 2 comprises six episodes with a runtime of 22-25 minutes each.

Given its roaring success on Channel 4 and Netflix, it comes as no surprise that season 3 was given instant renewal on April 10, 2019, right after season 2 reached its end on the original network. However, fans will need to wait a while before they get a hold of the third season. Filming for the third installment, which was meant to begin in June 2020, has been postponed due to the Coronavirus pandemic.

The cast members have revealed that it is vital to the show’s integrity that they shoot in Ireland, which seems difficult anytime before the latter half of 2021. So, we can expect ‘Derry Girls’ season 3 to release sometime in 2022. Fans expressed their disappointment when cast member Tommy Tiernan (who plays Gerry) suggested that season 3 might be the last of the series. Writer Lisa Mc Gee responded to that on Twitter, stating that she is “plotting” for the future of the series, which may include a spin-off movie.

Derry Girls Season 3 Cast: Who can be in it?

Derry comes alive with the shenanigans of Erin (Saoirse-Monica Jackson), her cousin Orla (Louisa Harland), and their friends Clare (Nicola Coughlan) and Michelle (Jamie-Lee O’Donnell). They are joined by James (Dylan Llewellyn), who attends the all-girls Catholic school along with Erin and the others. Gerry (Tommy Tiernan) and Mary (Tara Lynne O’Neill) are Erin’s parents who share their home with Erin’s sister Sarah (Kathy Kiera Clarke) and her daughter Orla.

Sarah and Mary’s father, Joe (Ian McElhinney), has been living with them following his wife’s demise. Sister Michael (Siobhán McSweeney) is the headmistress of the school that Erin and her friends attend. The gang does not get along with the school’s prefect, Jenny Joyce (Leah O’Rourke). All the key cast members are set to return for season 3, except for possibly a few exceptions. We may also see some new faces.

Derry Girls Season 3 Plot: What can it be About?

Season 2 sees the teenagers trying to manage the various aspects of their lives, such as family, friends, love interests, and social life. It ends with two defining events in Derry’s history – the IRA ceasefire and U.S. President Bill Clinton’s visit. James’ mother comes back to Derry with an offer that gives James the opportunity to reunite with her and get out of the “dive.” But the end states the obvious that James is indeed a “Derry Girl.”

Season 3 will see the characters maturing with time. Fans can look forward to the possible development of the much-anticipated romance between Erin and James. Also, Lisa McGee has expressed interest in including the Good Friday Agreement in the upcoming season since it was a significant milestone for Northern Ireland in the time that the series is set in.

In a conversation with JOE, creator Lisa McGee said, “Obviously, the political timeline is a bit tricky, and I’d need to do a lot of sitting down and thinking about how to work the plot out. Hopefully, they’ll say that we can have another go. I’d love that. I’d love to get the story up to the Good Friday Agreement, but that’s tricky. You know, we’ve ended Season 2 with Clinton’s speech in Derry that took place in ’95.

She further added, “It’s a bit of a way off, but I just need to work all that out. I’d definitely want to cover the Good Friday Agreement. It was the biggest moment in my lifetime and it was huge for Northern Ireland. It would be a shame not to try and tell that story.” So, expect a lot more drama and engaging character arcs, in the third season.