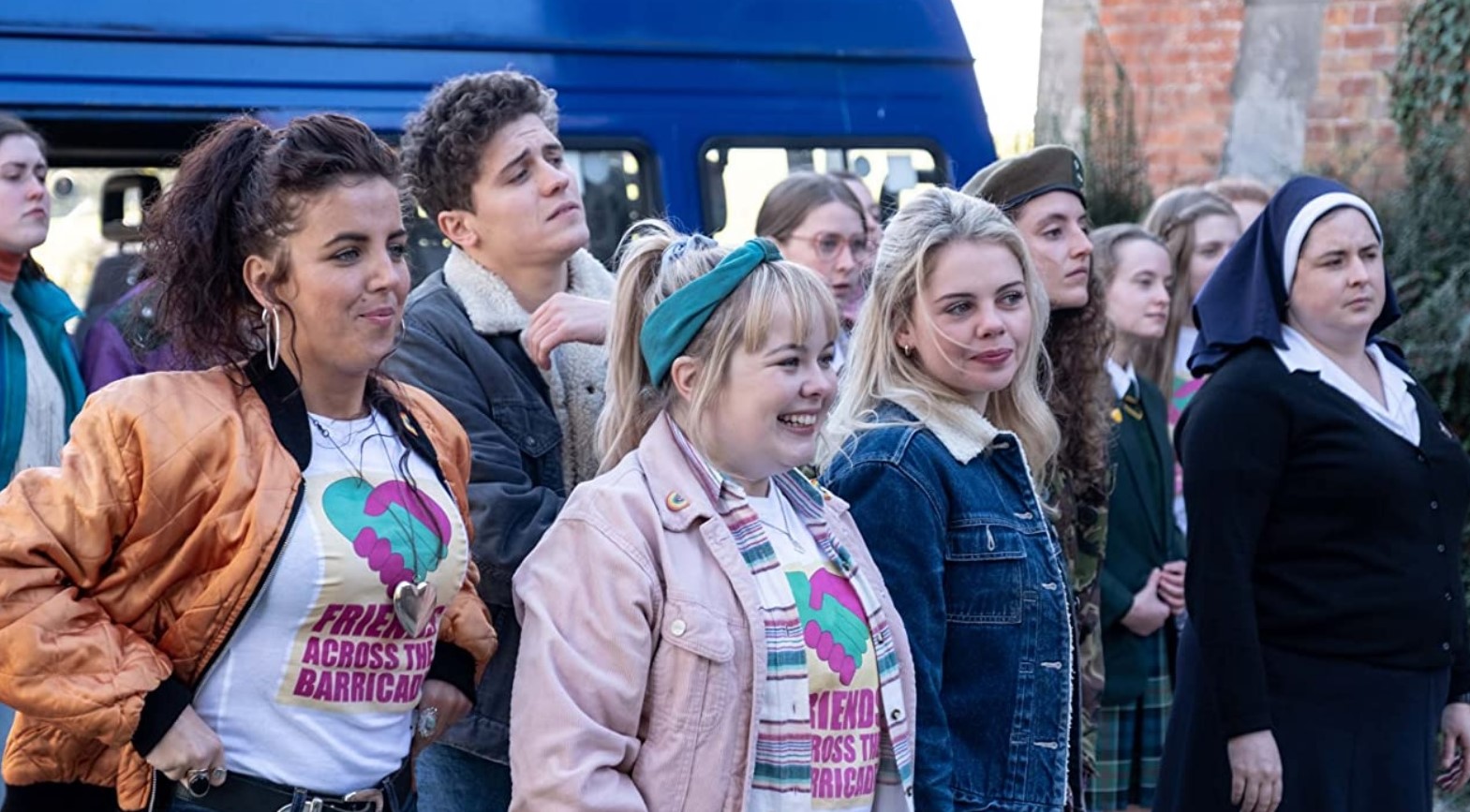 Set against the backdrop of The Troubles in Derry, Northern Ireland, ‘Derry Girls’ is a teen series that follows the lives of Erin Quinn, her family, and her Catholic school friends. Created by playwright and writer Lisa McGee, the sitcom explores themes of family, friendship, sexuality, politics, and teenage troubles. ‘Derry Girls’ initially premiered on January 4, 2018, on Channel 4. The series was then picked up by Netflix and released on December 21, 2018.

The award-winning show has constantly been praised for its realistic portrayal of teenage girls and quintessentially Irish spirit. Fans of the show not only relate to the Catholic school experience of the girls but also the messy family problems and overarching political turmoils they tackle throughout. With two seasons done and dusted, what’s next? What’s up with season 3? Here’s everything you need to know!

‘Derry Girls’ season 2 landed in its entirety on August 2, 2019, on Netflix. Ahead of its international release, season 2 began airing in Ireland on March 5, 2019, on Channel 4, and concluded on April 9, 2019. The season comprises six episodes with a runtime of 20-24 minutes each.

Now, here’s what we can tell you about season 3. On April 10, 2019, Channel 4 announced that ‘Derry Girls’ would be returning for a third round. Filming was scheduled to start in May 2020. But due to unforeseen pandemic-related complications, filming was postponed indefinitely. With more than two years gone by since the show’s sophomore run, many fans were understandably upset about the vague status of their beloved show. However, production finally commenced in Fall 2021 with all the necessary COVID-19 precautions and is expected to wrap up by the end of 2021.

That’s not all. We have some bittersweet news as well. In late September 2021, McGee announced that although season 3 will be coming soon, it will also be the show’s final outing. While that certainly breaks our heart, we’ll still be glad to go on one last adventure with our beloved quintet of Catholic school friends. Taking into account the sporadic updates given by the cast and the time required for filming and postproduction, we can expect ‘Derry Girls’ season 3 to premiere sometime in Q2 2022.

Wait, there’s more! There are reports that a ‘Derry Girls’ spinoff movie may be a possibility in the considerable future. “I’d love to do perhaps a movie of Derry Girls, and then I have a few other projects, but they’re very early days at the minute,” McGee revealed. We’ll keep our fingers crossed for this one.

Derry Girls Season 3 Cast: Who is in it?

Derry Girls Season 3 Plot: What is it About?

Season 2 sees the gang drinking wine, facing suspension, going to a concert, and attending prom. Michelle almost convinces her friends to try hash scones, and Erin encounters heartbreak. On the political side of things, the Provisional IRA announces a ceasefire, and Bill Clinton visits Northern Ireland. The season finale sees James making the decision to stay back with the girls in Derry instead of returning to London.

Season 3 is expected to delve deeper into the quintet’s lives, especially with the teens quickly nearing adulthood. A romance might brew between Erin and James. Northern Ireland might see a period of substantial political changes and cautious peace. However, there is a possibility that the troubling riots of 1996 and 1997 will be explored in the final season. The Derry girls will bravely face new challenges, discover who they really are and what they want to be. Coughlan even referred to the storylines explored in season 3 as brilliant. We definitely can’t wait!