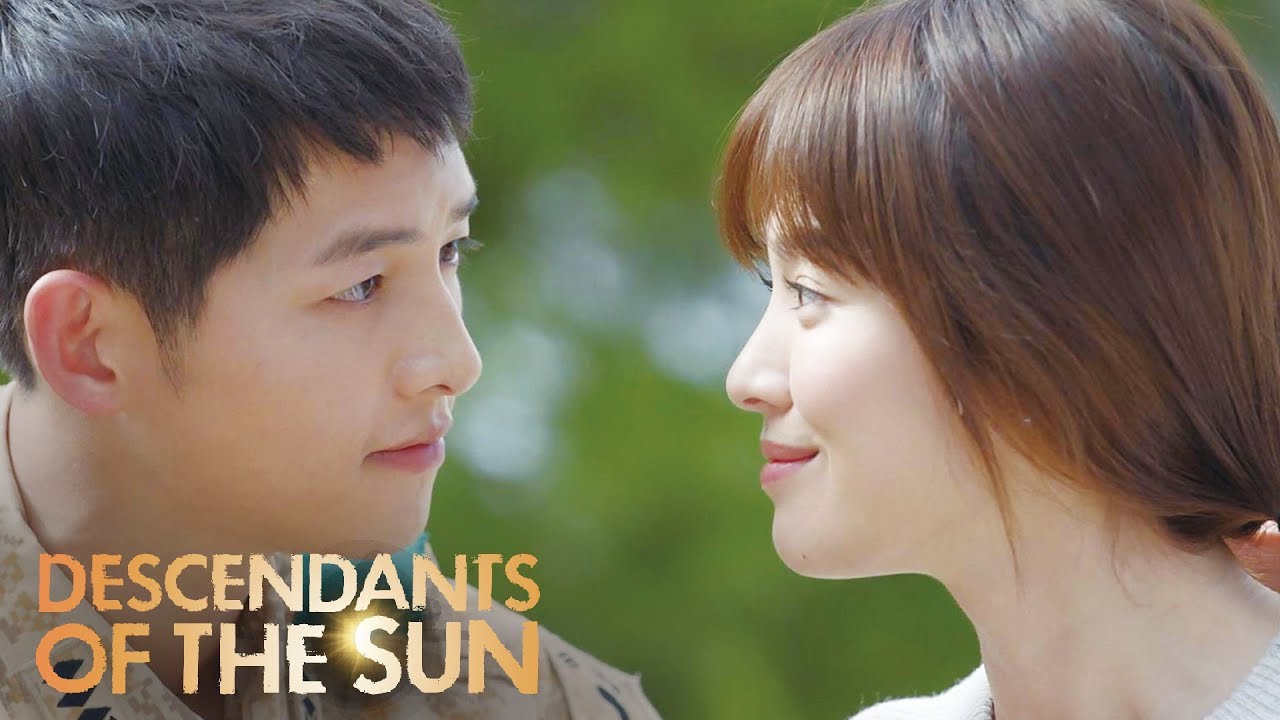 ‘Descendants of the Sun’ is a multiple-award-winning, smash-hit Korean drama, which debuted in 2016 on KBS2. Garnering an audience share of around 40% in the country, it was eventually released across Asia, Africa, the UK, and the US. The show had a strong cultural impact in Korea, leading to an increase in tourism, and was adapted for remakes in many regions.

Descendants of the Sun Cast: Who is in it?

Song Joong-ki from ‘Arthdal Chronicles‘ fame stars as Captain Yoo Si-jin. He is the leader and captain of Alpha Team — South Korea’s 707th Special Mission Battalion’s prestigious special forces team. He joined the military services after being inspired by his father, who is a former Sergeant Major. Excellent in academics, he graduated from Korea Military Academy. He is a dedicated soldier and stays away from the politics of war. Coupled with a witty sense of humor and clever comebacks, he is extremely popular among his crew members.

Song Hye Kyo (‘Autumn in My Heart’, ‘Full House’) is Doctor Kang Mo-Yeon. She works as a cardiothoracic surgeon in Haesung Hospital. A strong, independent woman, she firmly believes that one does not need connections if he/she is competent enough. However, her views soon change when the hard truth hits her that she is unable to go anywhere without authentic connections. Practical and highly principled, she does not shy away from accepting her mistakes.

Jin Goo (‘Mother’) stars as Master Sergeant Seo Dae-young. He is a senior official in the Alpha Team. Dedicated to his crew, he holds unwavering loyalty for his commanding officer Si-jin. However, he is extremely strict when it comes to training new recruits. He has vast experience and this often comes in handy when the team faces any crisis.

Kim Ji-won (‘Arthdal Chronicles‘) plays First Lieutenant Yoon Myung-Ju. She is an army doctor and Lieutenant General Yoon’s daughter. She is a graduate from the Korea Military Academy and interned at Haesung Hospital. After she lands for her first assignment, she meets Dae-young and falls in love with him.

Descendants of the Sun Plot: What is it about?

The story of ‘Descendants of the Sun’ begins with Si-Jin, captain of the Alpha Team special forces, apprehending a motorcycle thief with the help of Sergeant Major Dae-Young. However, since the thief gets injured during the chase, he is admitted in a hospital. When Dae-Young realizes that his cellphone stayed with the thief, he goes back to retrieve it along with Si-Jin. They meet Dr. Mo-Yeon in the emergency room and Si-Jin instantly falls for her. Mo-Yeon, however, thinks that Shi-Jin is part of the thief’s gang. But the latter proves himself to be a soldier with the help of his army doctor friend Myeong-Joo.

Mo-Yeon gradually starts reciprocating his feelings and the two start dating. But due to the constant demands of their jobs, their meetings are often interrupted. One day, Si-Jin has to leave for a peacekeeping mission in Uruk. On the other hand, Mo-Yeon becomes disheartened when another privileged colleague is promoted to the post of a professor instead of her. Later Si-Jin and Mo-yeon again meet each other and slowly realize how they are totally different as people. While Si-Jin needs to take lives as part of his duty, Mo-yeon does just the opposite.

They part ways but when Mo-Yeon rejects the sexual advances of a senior, she is sent as part of a medical team in Uruk. This is when she meets Si-Jin again. On this third meet, both of them get deeper insights into each other’s work — especially after the teams face an earthquake and a viral endemic. They become closer amidst the calamity and start dating officially. Mo-Yeon accepts that she would not always know the whereabouts of Si-Jin and shall have to live with the fact that he might die anytime in his missions.

Descendants of the Sun Season 2 Release Date: When will it premiere?

‘Descendants of the Sun’ Season 1 premiered in Korea on KBS2 on February 24, 2016. After spanning 16 episodes, it concluded with its finale on April 14, 2016. The show, after its release, was a major hit, because of which it was later broadcast in several countries. Viewers from the US can watch the series on Netflix, where it is streaming currently.

Since its finale, there have been multiple reports that the popular K-drama is set to make a comeback. However, amidst the rumors, there is also this bit of news that Song Joong Ki and Song Hye Kyo might not be a part of the lead cast. Additionally, as per reports, a second season is already under pre-production. KBS’s Head of Drama, Jung Sung-ho stated that a “sequel is in planning and filming would likely take place in Greece.” It was speculated that the new season would launch sometime in 2017. But to date, even after almost three years, there’s no official announcement on a concrete timeline. Considering everything, the most optimistic estimate for ‘Descendants of the Sun’ Season 2 release date would be sometime in 2021. We will update this section as soon as we learn more.

Descendants of the Sun Trailer:

While we wait for an update on ‘Descendants of the Sun’ Season 2, below is the official trailer for season 1. If you have not seen this popular k-drama yet, head over to Netflix and catch up on all its episodes!