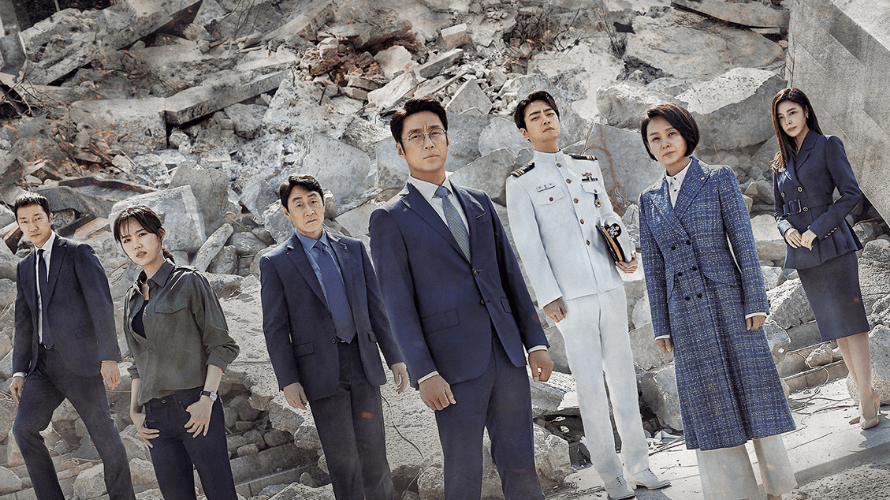 Designated Survivor: 60 Days Cast: Who is in it?

The cast of ‘Designated Survivor: 60 Days’ is led by Ji Jin-Hee as Park Moo-Jin, the lead protagonist. He is best known for his roles in period dramas such as ‘Dae Jang Geum’ and ‘Dong Yi’. The other cast members include Son Seok-Gu features as Cha Young-Jin, Park Moo-Jin’s trusted advisor and secretary. Other actors in prominent roles are Kang Han Na, Bae Jong Ok, Kim Gyu-Ri, Son Seok-Koo, Choi Yoon-Young, and Choi Jae-Sung.

All the main cast members are expected to return for season 2, if and when it is commissioned.

Designated Survivor: 60 Days Plot: What is it about?

Park Moo-Jin is South Korea’s current Minister of Environment. Formerly a professor of chemistry and a scientist, he holds little interest in political affairs. In fact, he lacks ambition in this field and personally cannot connect to the role of a politician. One day, during the President’s State of Union Address, all the leading government officials gather at the venue. However, a sudden explosion ends up killing most of the bureaucrats and the President, leaving Park Moo-Jin as the highest-ranking living officer on the presidential line of succession. Although he has no desire to take up the position, he is compelled to serve as acting president for 60 days. During this time frame, he has to apprehend those responsible for the attack and groom himself to become a national leader. With mounting pressure to find the perpetrators and managing other important tasks, he needs to assure a frightened nation on the verge of a chaotic eruption.

Shocked, a bit happy, a tad inexperienced, and apprehensive, Park Moo-jin attempts to uncover the reasons behind this mass killing. Meanwhile, he also has to perform his duties and assure the US that the country would return to its normal state soon enough. As the episodes progress, we witness Park Mu-jin facing a new challenge every single day, him managing to overcome it and finding a solution against all odds.

‘Designated Survivor: 60 Days’ adheres to the main plotline of the original American show, but with a Korean touch. For instance, here the protagonist is the Minister of Environment while Thomas Kirkman is the Secretary of Housing and Urban Development. Again Park Moo-jin is sworn in as Interim President in contrast to Kirkman who has to serve a term. There are also differences in the number of episodes. However, it’s interesting to see the references that the Korean version picks up from its American cousin — including the multiple law and order issues that come after the blast and the shocking plot twists.

But the most fascinating element is the character evolution. If you have watched ‘Designated Survivor’, you would know how Kirkman rapidly transformed from a simple guy with good intentions to a ruthless politician.

Season 2, if given the go ahead, will take a course similar to the original show and continue following the struggles of Park Moo-jin as he tries to hold on to his President’s role.

Designated Survivor: 60 Days Season 2 Release Date: When will it premiere?

‘Designated Survivor: 60 Days’ season 1 premiered in Korea on tvN on Monday, July 1, 2019, and released on Netflix for the international audience on the same date. Its total run comprised of 16 episodes.

Will ‘Designated Survivor: 60 Days’ get renewed? Netflix has not come up with an official announcement as of now. However, there is a lot of scope for the show to continue if it follows the same story arc as its original source material. So. taking everything into consideration, we do expect the show to get renewed and ‘Designated Survivor: 60 Days’ season 2 to release sometime in July 2020. We will update this section as and when we hear more.

While we wait for an update on season 2, check out the season 1 trailer right here.