When Does Destination Fear Season 2 Come Out? 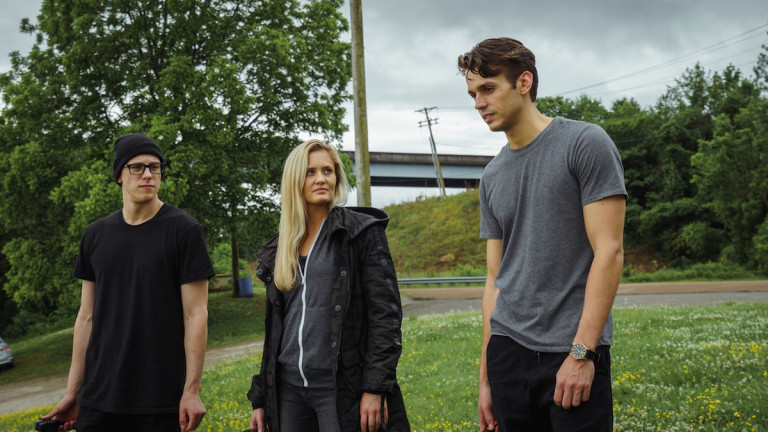 ‘Destination Fear’ is a supernatural-themed reality series that aires on the Travel Channel. It follows a team of daring paranormal investigators as they take a cross-country road trip to explore some of the most haunted locations in America. Fear-inducing documentaries are always a huge hit among viewers. And the same is true for this series, which was soon renewed after its first edition concluded on tv screens. Read on to know when ‘Destination Fear’ season 2 will release on Travel.

Destination Fear Season 2 Release Date: When Will it Premiere?

The second season brings back all the stars from the series’ freshman installment. We meet Burnsville-based Dakota Laden, who is a veteran paranormal investigator. Dakota started exploring his passion for visiting and documenting scary new places when he was only in high school. He has also been a part of the ‘Ghost Adventures‘ crew.

Joining Dakota is his sister Chelsea Laden, an optometry student at Illinois College of Optometry. She is a star ice-hockey player and is intrigued by all kinds of abandoned, haunted sites. Rounding up the gang is Tanner Wiseman, Dakota’s best friend, who realized in his teenage years that he wanted to be a filmmaker and storyteller. In their quests, the trio is accompanied by camera operator Alex Schroeder.

What Can Destination Fear Season 2 be About?

Season 2 embraces the same premise as that of its predecessor and follows Dakota, Chelsea, Tanner, and Alex as they embark on a bunch of nail-biting adventures on their RV. In this terrifying cross-country trip, they aim to uncover paranormal evidence at America’s scariest, spookiest abandoned sites.

In Travel’s press release, Dakota said: “Our last road trip was extremely intense, and it took a major toll on us – mentally and physically. We had to really think about how much more we could handle – even Alex, who has been critical in capturing all of the action as our cameraman. But curiosity got the best of us. Our ability to withstand fear will be tested like never before.”

In a major twist, this time, the locations are a surprise. Each member takes turns in choosing an infamous spot, and the news is kept concealed from the others until they reach the site. After that, they challenge themselves and stretch their limits by sleeping alone in the darkest corners of the featured locale.

We’re hitting the road for round two of the most terrifying road trip ever. Who wants the front seat? 🙋🚗#DestinationFear is BACK next Wednesday at 10|9c! pic.twitter.com/V8EjFyKyyr