Where is Destinee Lashaee From My 600-lb Life Today? 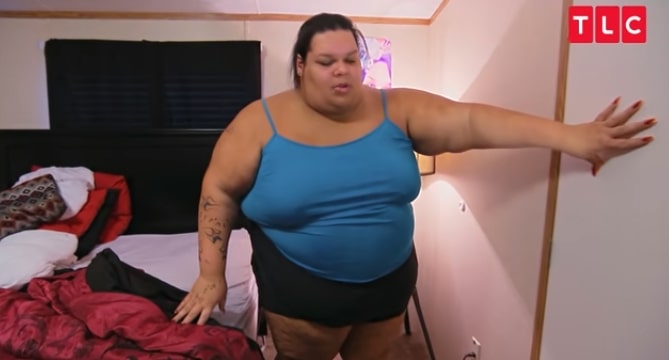 The hit reality series ‘My 600-lb Life’ has gained a wide base of followers worldwide. Aired by TLC, the show follows clinically obese patients who rush to Houston for a consultation with Dr. Now. Once they realize the dangerous and life-threatening consequences of their weight, they try to follow a strict low-calorie diet that is drafted by Dr. Now. The celebrity doctor also suggests a few exercise regimes, offers counseling, and performs a gastric bypass surgery if required. While some patients failed due to their relentless food addiction, others were able to embrace the process and succeed in losing weight. Destinee is one such success story.

Hailing from Los Angeles, the young 27-year-old Destinee was born a man. With Matthew as her birth name, she preferred to be a female and wanted to undergo a sex-change operation. The only problem that she faced was her extreme dependency on food. Destinee only lived to eat and was shown to be doing nothing but waiting for her mother and sister to prepare food and serve it to her. She said that food addiction was the way she coped with her depression and mental health issues.

Even though Destinee had a positive body image and loved her curves, she realized she would need to drop her extra pounds if she wanted to get her gender changed. The first transgender individual on the show, she gained a wide fan-following for her strength and confidence. Dr. Now told her that she must follow his advice strictly. Otherwise, no one would perform the sex-change operation on her as it would be fatal at her current body weight.

Even though Destinee struggled a bit initially, she didn’t give up on her dream. With constant efforts, she managed to lose a lot of weight. She is one of the proud success stories that the show flaunts and her transformation is unbelievable! During the 12 months of filming, Destinee, who had weighed 669 lbs, managed to lose 229 lbs and drop down to 440 lbs.

Where is Destinee Now?

Destinee was also scheduled for a weight loss surgery. Her Instagram account allows us to have a sneak-peek into her new life. Destinee is still working hard to come to an optimum weight for her sex-change operation and is often seen perfecting her fitness goals.

Destinee is not afraid to show her beach-body clad in swimsuits and bikinis. Strong, fierce, and unafraid, her posts shine with confidence and self-love. She posts a lot of nudes and ‘before and after’ pictures as well to inspire her followers. Her journey is definitely inspiring. She has now moved to Houston permanently and is in touch with Dr. Now for her regular checkups.

According to her recent post, it seems like Destinee is concerned about her mother’s health as she might not be keeping well. Also, reports suggest that Destinee, along with a few other cast members, has filed a lawsuit against the company responsible for filming the show. The team had allegedly caused a lot of mental distress and anxiety to the patients with their inappropriate behavior.

Read More: Where Is Erica Wall From My 600-lb Life Today?