Destroy All Humans!: Everything We Know 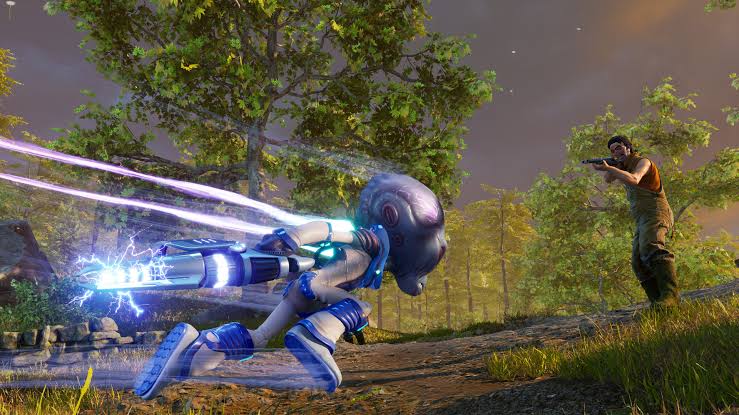 Pandemic Games’ kooky alien invasion game and 2005 cult classic ‘Destroy All Humans!’ is about to get a complete next-generation remake, and it is just in time for the 15th anniversary of the beloved alien murder simulator. It’s not hard to understand the enduring popularity of the original franchise – a perpetually hilarious and often cathartic open-world murder fest that is unburdened by complicated subplots and emotional weight.

In an era where many open-world games are becoming increasingly joyless grinds, ‘Destroy All Humans!’ is returning to make open-world mayhem fun again. Read on to find out everything we know about the upcoming remake.

What is Destroy All Humans! About?

‘Destroy All Humans!’ is a series of action-adventure video games that lets you play as a malignant alien on a murderous rampage against the humans of Earth. The franchise debuted in 2005 on the PlayStation 2 and the original Xbox. It was designed as a parody of the Cold War-era alien invasion film genre. The main protagonist of the franchise is Furon Cryptosporidium aka “Crypto”, an alien who is on a mission to gather Furon DNA that is said to be inside human brain stems.

A sequel titled ‘Destroy All Humans! 2’ came out barely a year later in 2006 and features Crypto facing off against the Russian KGB after they try to assassinate him and blow up his mothership.

Two years later in 2008, we got a third and fourth game in the series simultaneously. The first of these is titled ‘Destroy All Humans! Big Willy Unleashed’, and stars Crypto as he tries to protect his mission officer Orthopox’s new restaurant with a giant mech masquerading as the restaurant mascot Big Willy. The second release, titled ‘Destroy All Humans! Path of Furon’, came at the end of 2008 in December and follows Crypto on a journey seeking enlightenment in order to protect the Furon empire.

Destroy All Humans! Gameplay: What to Expect?

The upcoming ‘Destroy All Humans!’ is a remake of the first game of the same name. Essentially, the game will be extremely faithful to the 2005 original, built from scratch using modern video game technology and streamlining a lot of the older antiquated mechanics.

The webpage for ‘Destroy All Humans!’ describes the game as follows:
“The cult-classic returns! Terrorize the people of 1950s Earth in the role of the evil alien Crypto-137. Harvest DNA and bring down the US government in the remake of the legendary alien invasion action-adventure. Annihilate puny humans using an assortment of alien weaponry and psychic abilities. Reduce their cities to rubble with your flying Saucer! One giant step on mankind!”

You play as Crypto-137, an evil alien who arrives on Earth in the 1950s and proceeds to terrorize the populace as he attempts to harvest human DNA and destroy the US Government. Being a member of a super-advanced alien civilization, Crypto possesses a vast array of death and mayhem dealing equipment including sophisticated alien weaponry, psychic abilities and much more.

Set in a vast open-world setting, you can essentially think of ‘Destroy All Humans!’ as a vast destruction sandbox where your primary goal is simply to create havoc. In many ways, the game is like a cross between the gameplay principles of the ‘Postal’ franchise of mayhem simulator games, and the narrative theme of Tim Burton’s classic fantasy thriller movie ‘Mars Attacks!’

In most respects, the new ‘Destroy All Humans!’ remake will remain faithful to the original game with the most drastic change being made to the presentation. The original game was very ambitious for its time and was severely limited by the technology of its time. However, now the game is being rebuilt from the ground up with updated character models, all-new motion-captured cutscenes, improved audio fidelity and a significant bump in the game world detail.

Destroy All Humans! Developers: Who Are the People Behind the Game?

The original ‘Destroy All Humans!’ was developed by the now-defunct Pandemic Studios. The new remake is being developed by Offenburg based German video game development studio Black Forest Games. The studio was formed in 2012 and is currently a subsidiary of THQ Nordic, who is also publishing the game.

Destroy All Humans! Release Date: When and Where Can I Play It?

The exact release date of ‘Destroy All Humans!’ is yet to be finalized but THQ Nordic has expressed an intent to release the game in the first half of 2020 to coincide with the 15th anniversary of the original game’s release.

‘Destroy All Humans!’ will be available to play on a number of platforms including PC (Microsoft Windows), PlayStation 4, Xbox One and the Google Stadia streaming service.

You can watch the trailer for ‘Destroy All Humans!’ right here.