When Will Desus & Mero Return on Showtime? 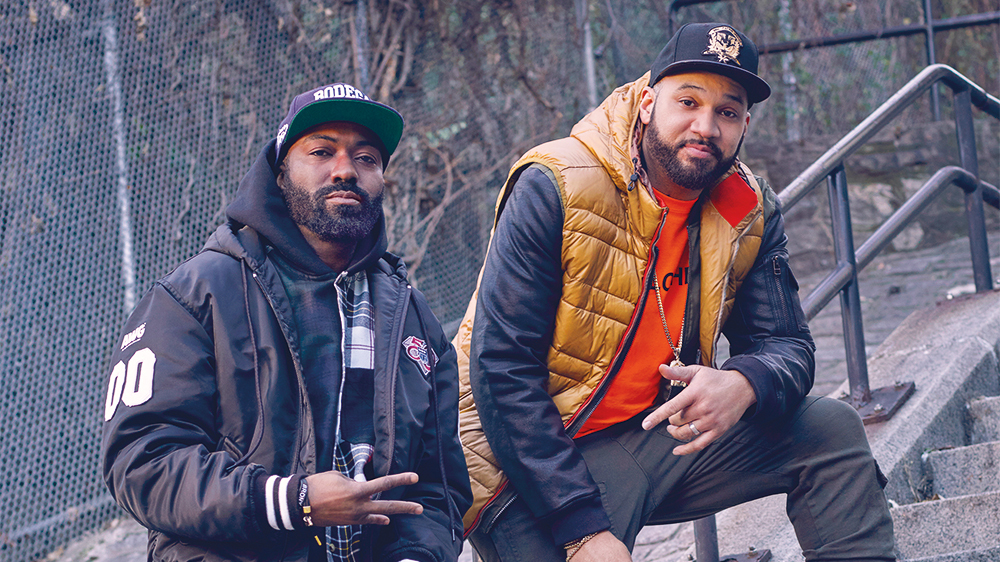 There are very few extant genres originally derived from radio shows that have thrived on TV with the same essential structure and precept as the late-night talk shows have. Bob Hope’s rapid-fire, while it is in all proportions a relic of the 40’s radio entertainment, was impactful enough for its waves to resonate and affect how NBC and CBS would articulate their late-night talk shows.

Although the terms are used interchangeably, not all talk shows are necessarily late-night talk shows. Other than the obvious criteria of a late-night airing slot, the common characteristics of them also require that they feature regular celebrity appearances, and develop a more lighthearted comic tone overall – something for relaxation at the end of the day as opposed to the information dump seen in the pseudo-newsroom morning talk shows.

While NBC has perfected the comedy aspect of the format with Saturday Night Live, it is no one-trick pony, and it has traditionally always one-upped CBS, a major rival network. While CBS can give NBC a run for its money if you compare commerce and gross viewership, CBS had only amped up their talk show game in the ’60s, save for The Ed Sullivan Show.

Another addendum to the many late-night talk show ventures to come under its wing is Desus & Mero, a show which originally ran on Viceland from 2016 to 2018. It was originally a weekly podcast, known as the Complex TV web series Desus vs. Mero. And it is already a strong testament to the unique charm of the talk show that a weekly podcast from such humble beginnings has now found its way into the limelight of CBS’s Showtime.

‘Desus & Mero’ opened to positive responses after it launched on Showtime. And fans, since then, have been clamoring to know if there will be a ‘Desus & Mero’ season 2. Well, to put an end to all uncertainties, let’s reveal that it has been renewed for a second installment. Here’s all we know about the upcoming installment.

Who’s the host of Desus & Mero?

The talk show’s hosts, as apparent from the name, are the titular tv personalities, Desus Nice and The Kid Mero. Turning the wheel around half a decade back in time, the now-famous hosts used to be Daniel Baker and Joel Martinez rather than the aliases they have adopted now. Once upon a time, they were just two disaffected Bronx eremites joking around on Twitter.

One partnership and six years later, Daniel ‘Desus Nice’ and Joel ‘Mero’ are now household names, and especially famous in the MTV2 comedy circles, fresh off their MTV2 Guy Code fame. Even though Showtime’s revival of Desus & Mero piggybacks for the most part on the celeb appearances, it is indubitable that the channel has high hopes about the show, only because of the talent of the duet of hosts.

And it is not necessary to mention that when season 2 premieres, the comic duo will be returning to resume their original positions.

What is Desus & Mero about?

Desus & Mero, as far as the substance goes, is nothing unique that distinguishes it from the general schematics of a late-night talk show. It does not have the legacy of Conan, and it does not have the in-your-face comedic and bold stance of John Oliver’s Last Week Tonight. But what it does have is a personality of its own.

While late-night talk shows have a functional formula, it remains fairly static in it with little deviation – no matter how much the James Cordens and Jimmy Fallons have attempted to bring some change. In that respect, Desus & Metro brings a fresh breath of air into the format, so much so that it has been heralded as the future of the late-night talk show genre.

So far, we have seen the likes of Carmelo Anthony, Jordan Peele, Don Cheadle, Lupita Nyong’o, Ben Stiller, Kirsten Gillibrand, appear on the show. Season 2 follows the duo as they chat with new guests about a variety of topics, ranging from pop culture, sports, and music to politics and more. Of course, they also continue to give their own personal views on current, sensational topics while employing their unique, signature style.

Desus & Mero Season 2 Release Date: When will it premiere?

Showtime presidents of entertainment Gary Levine and Jana Winograde announced during the concluding episode of season 1 that the series had been renewed for a second season. They have even finalized a release date. ‘Desus & Mero’ season 2 will premiere on February 3, 2020, airing two episodes every Monday and Thursday at 11 PM ET/PT.

As reported by Variety, Jana Winograde expressed her views about the show’s renewal, stating, “Desus and Mero have been a fantastic addition to the Showtime family. With their hilarious commentary on current events, spirited conversations with major political figures and celebrities and unique tours of their much-beloved New York City, Desus and Mero bring an entirely new perspective on late-night programming, and we can’t wait to see where they shine that light in 2020.”

Showtime has released an official promo trailer for season 2. You can check out the clip below: