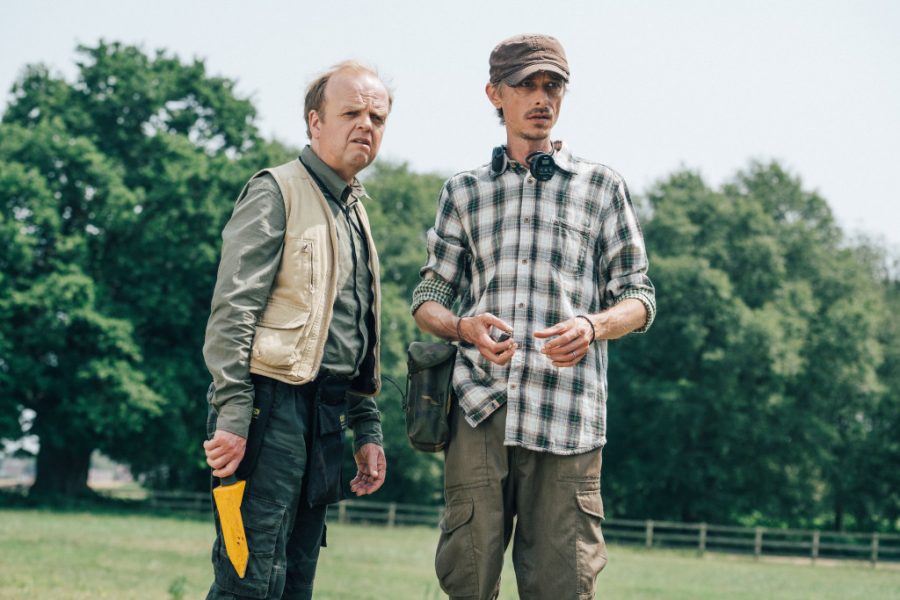 ‘Detectorists’ is an award-winning British comedy television series that used to air on BBC Four in the UK and Acorn TV in the US. Created, written, and directed by ‘Pirates of the Caribbean’ and ‘The Office’ star Mackenzie Crook, the follows the journey of two friends who go searching for a life-changing fortune armed with two metal detectors.

A relatively old show, Season 1 of ‘Detectorists’ was announced by BBC on January 31, 2014, and months later, Season 1, consisting of six episodes, premiered on October 2, 2014. Season 1 received largely positive feedback from television critics and viewers alike, prompting BBC to renew the show for a six-episode second season, which premiered on October 29, 2015. In March 2017, BBC announced that filming had begun for a six-episode Season 3, which premiered later in the year on November 8, 2017. While many had expected the show to continue, Crook decided that he wanted to conclude the show with the third season, thus putting an end to all speculations surrounding the show’s future. Here’s everything you need to know about it.

Detectorists Cast: Who is in it?

For a show which has just 18 episodes, ‘Detectorists’ has quite a long list of cast members.

Apart from creating, writing, and directing the show, Mackenzie Crook himself starts in it, playing the role Andy Stone, an agency worker (and later, archaeologist) who is part of the Danebury Metal Detecting Club (DMDC). ‘Infamous’ (2006) and ‘The Hunger Games’ (2012) Toby Jones plays the role of the other protagonist, Lance Stater, who is a forklift driver, an amateur musician, and also a member of the DMDC.

Not all of the aforementioned cast members are present in all the seasons, and some of them are episode-specific and season-specific.

Detectorists Plot: What is it about?

‘Detectorists’ is a rather dry comedy that revolves around the lives of its two central characters, Andy and Lance. Set in a small community of metal detector hobbyists, the show follows the adventures of Andy and Lance as they look for a life-changing fortune while also balancing their responsibilities and commitments as adults.

Armed with their metal detectors, Andy and Lance comb the countryside and the neighbouring fields in search of gold, but what they mostly find are useless artifacts like buttons and other discarded metal items. Of particular interest to Andy and Lance is a nearby farm where they believe King Sexred of the East Saxons is buried with his treasure. However, getting access to the farm proves far from easy, and their search for King Sexred’s treasure gets complicated by the arrival of rival treasure hunters and an eccentric landowner who many believe murdered his own wife.

As the show progresses, Andy becomes an archeologist and has a baby with Becky, while Lance also starts meeting a mystery woman, who later turns out to be his daughter. Meanwhile, a German man enlists the help of Andy, Lance, and history student Sophie to help find his grandfather’s plane which was downed during World War II. Later in the show, Andy and Lance’s discoveries get better, and they start (literally) hitting gold. However, things get complicated for them when old enemies arrive.

All through the show, Andy and Lance not only search for treasure and try to live up to their commitments as adults, they also deal with a range of adult issues such as loneliness, ageing, maintaining relationships, and reconciling their childhood dreams with their current reality. While these are serious themes, the show never takes itself too seriously and addresses them with relatable, funny, but dry humour. At the same time, it also develops Andy, Lance, and other major characters so well that watching their successes and failures becomes an engaging and joyful experience as each season progresses.

It therefore does not come as a surprise that ‘Detectorists’ is a hit among viewers, boasting a great overall rating of 8.6/10 on IMDb, based on nearly 8,000 votes. It is also a critically acclaimed show, and Seasons 1 and 3 enjoy perfect scores of 100% on Rotten Tomatoes. Yet that’s not all – the show is also a three-time BAFTA nominee and has won the prestigious awards once, in 2015, for being the best scripted comedy of the year.

Given the quality of the show, many were hoping for a fourth season after Season 3 finished airing on December 13, 2017. However, creator Mackenzie Crook decided to call it quits when the show was at its best, so as to not ruin its endearing sheen. Announcing his decision to finish the show off with Season 3, Crook said, “By definition it’s sort of a low-key show and just to continue that nothing much happens would eventually get dull. So I’m happy to leave it there. But that’s not to say that I’m not going to miss it.”

So, unfortunately, ‘Detectorists’ season 4 is not going to return, unless Cook has a change of mind.

While there’s nothing more to look forward to as far as ‘Detectorists’ is concerned, here is the trailer for Season 3 of the show if you haven’t watched it yet, so that you get a glimpse of what you’ve been missing out on.