Will There be a Detroiters Season 3? 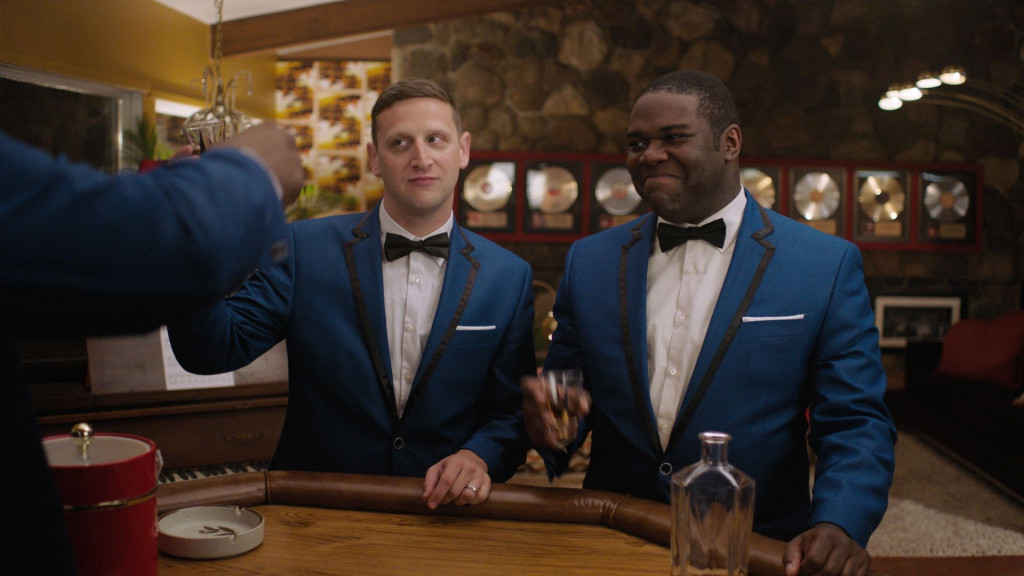 Detroiters is a Comedy Central sitcom based in the American city of Detroit. The series premiered with its first season on February 7, 2017, and is created by Joe Kelly, Zach Kanin, Sam Richardson, and Tim Robinson. The main story of Detroiters revolves around its lead duo who works collectively as creative heads of an advertising company, producing low-cost budget-TV commercials, catering to local businesses around the area.

The show has had two successful seasons so far. Now the question is, will there be a Detroiters season 3? We will delve into that question, but first, let’s quickly look into the details of the series.

Detroiters Cast: Who’s in it?

Like most sitcoms, the series has guest appearances to keep the audience engrossed with the element of surprise. American wrestler, Kevin Hank makes a guest appearance as “Big Hank” Cramblin. Other American comedians making appearances across the episodes are Keegan Michael Key, Cecily Strong, and Michael Che among others.

Detroiters Plot: What is it about?

The first season starts with Tim and Sam, who are two professionals, working for an advertising firm. Things go out of hand when they lose an ad-campaign with Chrysler. At the same time, their assistant Lea secures a deal for a hot-tub commercial. The story continues as the duo tries out a wild cruise on their motorcycle with some suggestions from a client. Sam gets into a relationship with a woman who mistakes him for a prostitute. The duo next arrives at a Motown legend where they are made to perform a jingle. Tim, who has no singing skills, does his best along with his partner to secure the ad-campaign.

Tim’s lack of communication skills continues to cause a problem as he stumbles upon writing a speech for his father’s 60th birthday. As the story progresses, things start to go haywire when they get entangled in a mess created by their personal and professional lives. Their work-life balance spirals out of control after a new tech company shifts into their building. Sam develops a crush on an employee from the company but when Tim asks him about it, he lies. All the tensions come to a standpoint when Tim and Sam are on the verge of losing their employees. The season ends with Detroit Pistons star Rick Mahorn appearing in an ad for the duo.

The second season starts with Tim and Sam trying to get Sheila out of a drunk driving incident. Sam starts acting in their commercials much to Tim’s dismay. Sheila’s relationship with Lea hits a reef when the former makes an off-color remark. Tim and Sam heat up the competition for other firms when they rope in popular newscaster Mort Crim. They assign him to be the spokesperson for one of their clients. The comedic tone of the series remains intact as Sam starts acting weirder to impress his new girlfriend.

Tim has to spend some time with a widower and Chrissy finds it hard to continue her relationship with a new coworker. The duo tries out of the box strategies as their clients get stolen away by Doner. Meanwhile, they get an ad-campaign for Little Caesars. The future of their firm Cramblin Duvet gets into a difficult position when Sam finds out that he is going to be a dad.

The show has different shades in every episode, and nothing is connected; hence, the audience finds itself unable to predict anything from earlier and there is no monotony throughout.

The creators of Detroiters are not afraid to take the series to a different and erratic direction, giving a raw flavor to the audience. Each episode inspires a new set of audiences, with both Tim and Sam as stars of the show, trying everything in their power to keep the viewers glued to their seats. The show is very flexible and often allows huge personalities to play amongst each other.

Detroiters Season 3 Release Date: When will it premiere?

However, although the show was well-received by viewers, Detroiters was axed by Comedy Central after its second season on December 11, 2018. Creator Sam Richardson expressed his disappointment at the cancellation but was hopeful the show would find another home. So, it’s probably not the end for Detroiters.

But currently, Detroiters season 3 stands officially cancelled. If it decides to make a comeback on another platform, we will be sure to update this section immediately.

Below is the official trailer from Detroiters Season 2: