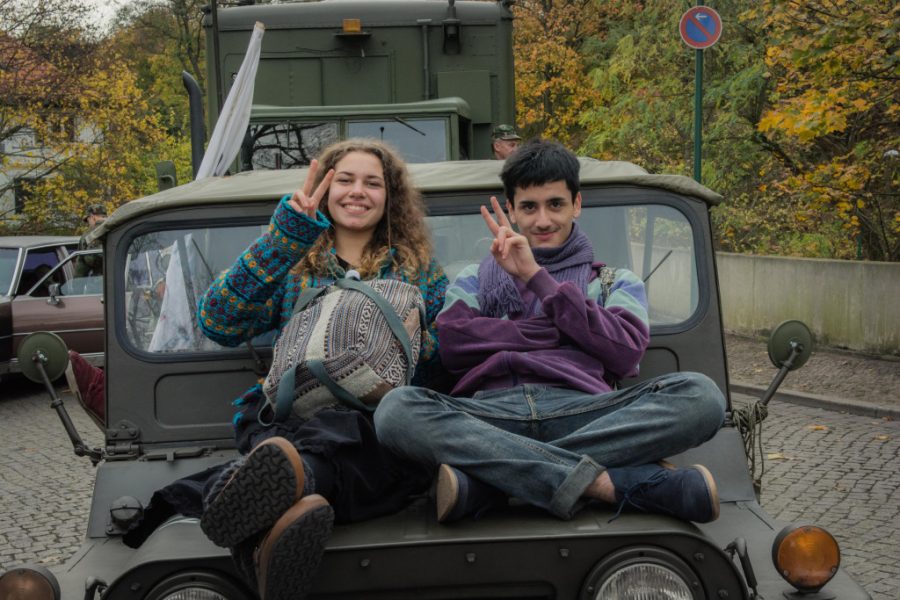 Spy thrillers have always held an undercurrent of thrill and suspense for the viewers, holding them glued to their seats and asking for more. Deutschland 83 which first premiered on June 17, 2015, in the US has the distinction of being the first German-language series with English subtitles to air on the US network. The creation is a joint effort of a husband-wife team of American novelist Anna Winger and German TV producer Joerg Winger. It is a co-production of AMC Networks’ SundanceTV and RTL Television by the production company, UFA Fiction, with international distribution by RTL Group’s FremantleMedia International and North American distribution by Kino Lorber.

Extensive research involving people from both sides of the Iron Curtain gives the series its authenticity and brings the characters alive. For season 3, as with Deutschland 86, there is a production partnership with online service Amazon Video. The series was later aired in Germany, UK, and other countries. Its success is apparent from the critical acclaim, reviews and the awards (both domestic and international) that it has to its credit. The series has been highly acclaimed as a thriller which has successfully depicted the Cold War bringing the viewers close to the Iron Curtain.

The series revolves around Jonas Nay who plays the role of a young spy from East Germany sent to the West as an undercover spy for the foreign intelligence of the Stasi. The second edition of the series is called Deutschland 86. The first season is set in the period of 1983 while the second series talks about the events of 1986, three years after what happened in 1983. Read ahead to find out about its third instalment.

Deutschland 83 Cast: Who is in it?

Jonas Nay as Martin Rauch lives up his character to the T in both season 1 and 2. With prior experience in roles like the Hamburg investigator Cenk Betu or as the son of a schizophrenic in the 2013 film, Hirngespinster and his interest in music, Nay brings the character of Martin Rauch alive in this series. Maria Schreder of the Aimée & Jaguar, as well as the acclaimed Liebesleben (“Love life”) fame is an acclaimed writer, actor and producer who do full justice to her role as Lenora Rauch, Martin’s aunt and one of the handlers for Stasi. In an interviewer, both Jonas Nay and Maria Schreder have confirmed their continuing presence in season 3 of the series.

Deutschland 83 Plot: What is it about?

Deutschland 83 is an engrossing and intense spy story set in 1983 when Martin Rauch a border patrol guard in East Germany is sent to West Germany as an undercover spy. His aunt Lenora Rauch is one of his handlers for the Stasi. The creator named the episodes in the first series after actual NATO military exercises in 1983. Deutschland 86 is subsequently set after three years in 1986 and once it was officially reviewed on October 14, 2016, it premiered on October 19, 2018.

The second season showcases the life of Martin Rauch, his Aunt Maria Schrader and his mates in the HVA three years after 1983. The East German government is pushed to a corner after being abandoned by Moscow and goes penniless. This makes the government compel their secret agents to exploit global capitalism and try to save their sinking economy. After getting extradited to Africa in 1983 for his offence, Martin is now sent back to his place. From there, he is forced to travel to South Africa, Angola, Libya, Paris, West Berlin and then to the East.

The successful running of the first two seasons made way for season 3 which shall continue to keep the viewers at the edge of their seats. Set in 1989, the year of the fall of the Berlin Wall, Deutschland 89 promises to hold the viewers until the very end of this series.

Deutschland 83 Season 3 Release Date: When will it Premiere?

Deutschland 83 season 2 premiered on October 19, 2018. Even before the second installment, Deutschland 86 made its way to the screens, the third season of the now trilogy was announced. The filming for season 3 of Deutschland 83 (Deutschland 89) commenced in August 2017 in Cape Town, South Africa and was completed in December 2017 as confirmed by creator Anna Winger on Twitter. It is expected to air in 2021. However, the exact date of release is not yet confirmed. If it follows its predecessors, we can expect a release date for Deutschland 83 season 3 in the Q1 2021.

What’s more, the creators of the show are hopeful of Deutschland continuing well into the 90s in their quest to regale significant, historic events. “In view of the many exciting developments in contemporary history after the reunification, we could now well imagine continuing our narrative in the ’90s,” Mr Winger said to German site DWDL.