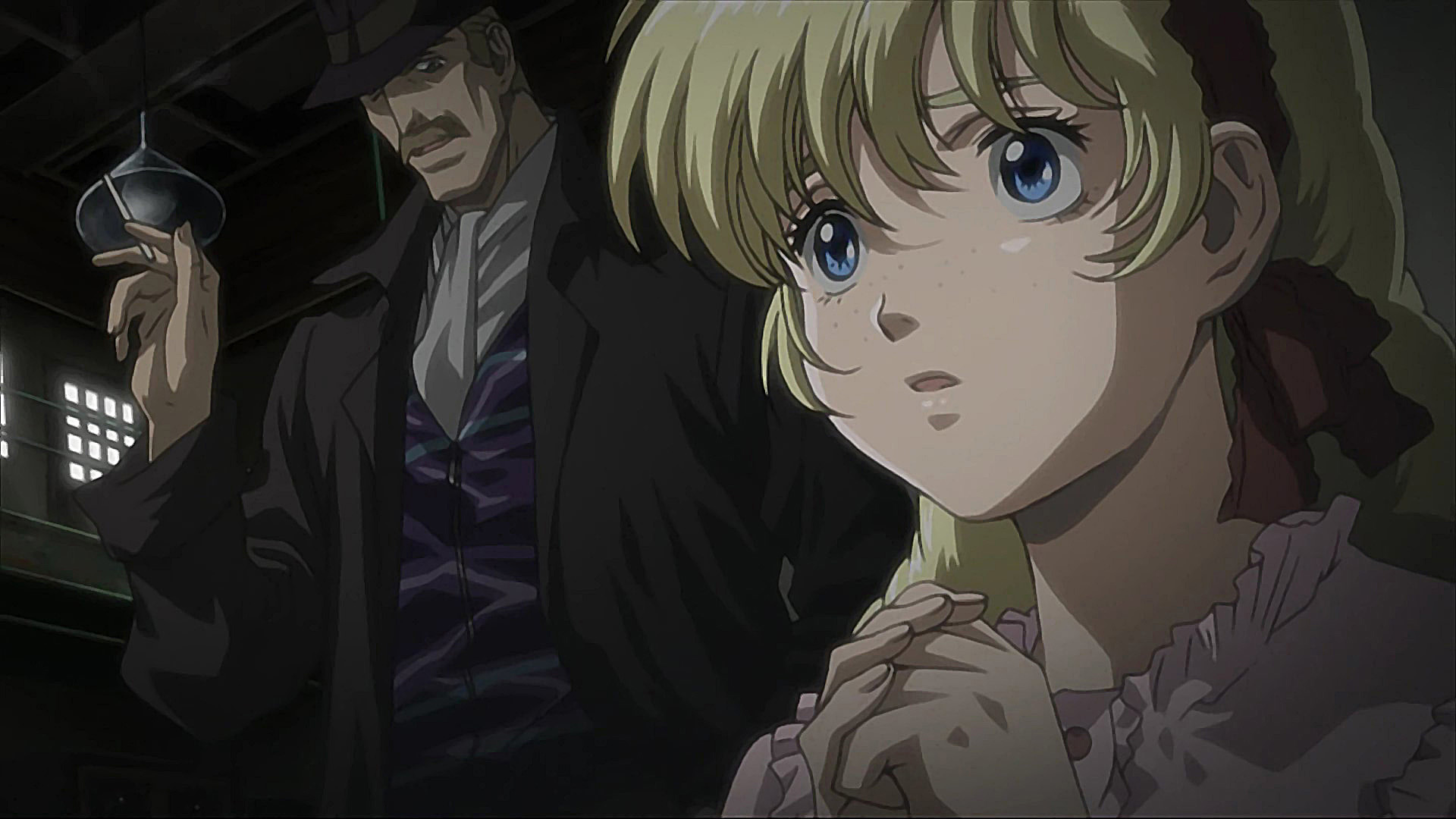 ‘Devil May Cry’ is more of a tease for most gamers that lures them into what it promises to offer initially. But strangely, from being a fairly decent anime, it dips down to being a below average show. Those who have played the game will know that it does not have a particularly good story. For almost 9 episodes, it solely revolves around the demon slaying skills of the protagonist. There are certain instances where you might get your hopes up as the anime teases you with expectations from time to time. But in the next moment itself, all of that goes for a toss. Even if you watch episodes 1-9 in a random order, it won’t really make much of a difference because its true story emerges after the ninth episode. And it’s funny how as soon as things get a little interesting, the anime jumps to a conclusion and ends the season on the 12th episode.

The only good thing about this game adaptation is its high-quality visuals and unforgettable background themes. Overall, ‘Devil May Cry’ really had a lot of potential and also, had a huge fan following even before its release. But in the end, it turned out to be a show that you would watch only if you had nothing better to do. So on a weekend when you’re extremely bored and all you want to watch is some bland action, then tune into this. Alternatively, you can also play the original games and forget about the existence of this anime. But if you’re like me, then you would want to give it another chance to prove its true potential with a new season. Speaking of which, we might have some news regarding its renewal in the next section.

Devil May Cry Season 2 Release Date: When will it premiere?

‘Devil May Cry’ Season 1 first premiered on June 14, 2007 and with a total of 12 episodes, it came to an end on September 6, 2007. There have been many anime video game adaptations over the years, which include ‘Final Fantasy‘, ‘Street Fighter‘ and many others. ‘Devil May Cry’ was one of them and anyone who owned a Play Station II back in the day would be very well aware of the game’s popularity. Studio Madhouse came up with the idea of creating an anime adaptation of the popular action game but after its release, the anime was actually more of a disappointment.

The video game is mostly about a whole lot of violent demon-slaying action and while the anime has sprinkled elements of this, it feels more like an afterthought in the entire story. This is one reason why the anime did not work out as well as the gamer demographic that the creators were targeting was more of an achingly cool and twisted demon hunting adventure. But what they got from it, was more of an annoying paranormal hunting show in a very mundane set up. Though the anime still has an average rating on MAL, considering the reactions of most viewers, it seems very less likely that there will ever be more of it. Also, it has been more than a decade since its release now and Madhouse Studio has many new interesting projects lined up for at least the next whole year. If they were to go back to any of the anime that they have created in the past, ‘Devil May Cry’ would definitely not be one of those. Even then, as soon as we come to know about ‘Devil May Cry’ Season 2 release date, we will update this section.

The English Dub of ‘Devil May Cry’ Season 1 is available on Funimation, and Amazon Prime.

‘Devil May Cry’ has been adapted from a gaming series that goes by the same name and is set up between the events of ‘Devil May Cry 1′ and Devil May Cry 2’. It revolves around a character named Dante who runs a Demon slaying business. He is himself a half human half demon who has devoted his entire life to killing evil forces using his mighty sword Rebellion and two guns named Ebony and Ivory who take on every single mission with him. Almost every episode brings in a new demon killing adventure for Dante and his guns and also ends with the conclusion of these cases with the nasty monster ending up dead.

Dante is the main protagonist of the anime and of the gaming series as well. He is a paranormal mercenary and demon vigilante who has taken upon himself to end every single demon that crosses his path to avenge the death of his mother and the corruption of his brother. The Son of Sparda has long silvery hair and dark shadowy eyes. He looks strong and is tall in stature. He wears a long maroonish leather overcoat over his half-tucked blue shirt. He usually has one gun in each hand with the white one named Ivory in the left and the black one named ebony in the right. His sword, Rebellion, rests on his back and he lashes it out whenever necessary.

In the beginning, he casually shows off his demon-slaying skills by killing them with absolute ease and seems to be all laid back about what he does. He walks around with a stoic attitude and seems disinterested even during the most gruesome situations. Even later, he never loses his carefree attitude but learns to get serious when necessary. Though he may seem all cool on the outside, he actually has a strong sense of justice just like his father. He believes in having a fair fight at all times and that’s the reason why he never picks on humans or anyone else who is even a little less stronger than him.

He makes sarcastic jokes about everything all the time but can be depended upon in life-threatening situations. He also deeply cares about his family and friends. He was really attached to his mother when she was with him and also cares for his brother, despite their conflicting thoughts and endless arguments. He really enjoys fighting and even refrains from using his powers when his opponent is not worthy enough of seeing his full potential. He is also portrayed to be very foul-mouthed in the anime, which is not the case in the gaming series.

Patty Lowell is the descendant of Alan Lowell who was known to be a very famous alchemist and philosopher. He initially protects her, believing that she is the heiress who goes by the same name. Since then, she sticks around with him, whether he likes it or not. She is very girly and likes to do all kinds of cute things. She even decorates Dante’s office with ribbons and vibrant toys just to kill some time. She also loves watching romantic TV shows and is the only feminine influence in Dante’s life. She has got a very beautiful face with long wavy blond hair that she usually ties up with a blue ribbon and deep blue eyes. She turns down Dante’s proposal and claims that if she would ever date, she would go for a guy younger than her.