Will There be a Devils Season 2? 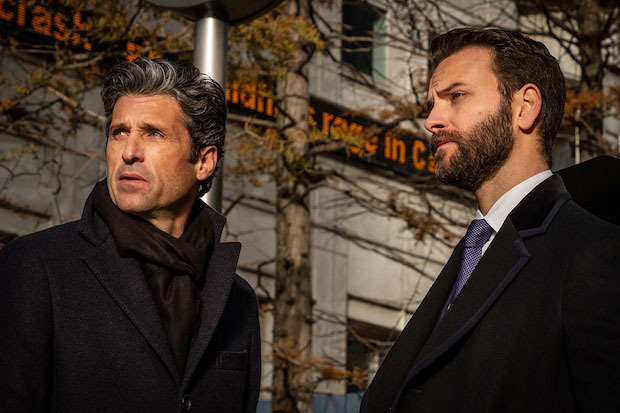 ‘Devils’ is an Italian masterpiece, conceptualized in the form of a financial thriller. It is a TV adaptation of the eponymous 2014 novel, penned by Guido Maria Brera. The ambitious series, which is a mix of murder-mystery intrigue and hifalutin financial terms, was branded as a buzzy international show by leading tabloids. It aired on Sky Atlantic in April 2020 and was then onboarded by The CW as a part of its continued acquisitions for Fall 2020. With season 1 of ‘Devils’ having ended on a grand note, let us check out the details of its ‘Devils’ season 2!

‘Devils’ season 1 premiered on October 7, 2020, on The CW. Prior to its release in the US, it aired on Sky Atlantic from April 17, 2020, to May 15, 2020, spanning ten episodes. And the good news? The show has already been renewed for a second season. The news does not come as a surprise since the financial thriller has managed to resonate with fans, owing to the global pandemic – that has led to an international economic crisis. In fact, ‘Devils’ has been onboarded by 160 territories!

CEO Luca Bernabei of Lux Vide (production company) explained why the series was such a huge success in a statement to Deadline in April 2020. “When you put together this kind of project, you are not fully covered [financially] and you have to trust yourself to make something with quality for it to sell internationally,” Bernabei said. “It’s a conspiracy thriller that will hold the attention of a wide audience, but at the same time allow them to get inside the complex world of finance in an engaging way.” He also added that work on the second installment has already commenced.

Although no release date has been announced yet, we expect ‘Devils’ season 2 to premiere sometime in April 2021 in Italy and Fall 2021 in the US.

Devils Season 2 Cast: Who can be in it?

Alessandro Borghi stars as Massimo Ruggero, the ruthless, ambitious Head of Trading from Italy, who is introduced to the world of finance by the bank’s CEO, Dominic Morgan (Patrick Dempsey). When an international economic battle takes Europe by storm, Ruggero has to choose if he wants Morgan to be his ally or rival.

Devils Season 2 Plot: What can it be About?

Massimo Ruggero is an Italian, who is the Head of Trading at a prominent American bank named the New York-London Bank AKA NYL. Amid the European financial crisis, Ruggero is able to stay afloat because of his brilliant, strategic mind. His American mentor, Dominic Morgan, NYL’s CEO, is like a father figure to him. However, Ruggero faces a major crisis when his wife gets involved in a prostitution scandal. After his reputation is damaged, Ruggero is not given the position of the Vice CEO.

The first season ends with Ruggero getting hold of a dossier, which he uses to defeat Morgan. Ruggero finally discovers the identity of the killer who had murdered his colleague, Edward Stewart. A disgraced Morgan is forced to step down, and Ruggero ascends as CEO of the bank. Season 2 will follow how the new CEO tackles more conspiracies that threaten to rock Europe’s financial market.