Will There be a Devious Maids Season 5 or is it Cancelled? 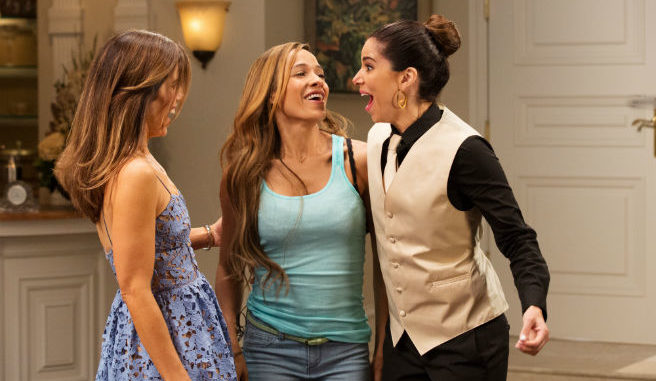 The people working for us, closely in our houses, know our secrets better than anyone. That is the premise of ‘Devious Maids’, the comedy-drama and mystery series that has been created by Marc Cherry. Produced by ABC Studios, with the likes of Eva Longoria, of ‘Desperate Housewives‘ fame, attached as an executive producer, the series originally aired on Lifetime, and first premiered on June 23, 2013.

The show is set in Beverly Hills, California. ‘Devious Maids’ is actually a look at the most powerful and wealthiest families in that area. However, instead of getting caught up in their glamorous lives and the perfect facades of contentment they create for society, the series decides to portray these families from the perspectives of four Latina maids, who work for them. As we follow the daily lives of these maids, we realize that they are exposed to, and often become a part of these wealthy people’s secrets. The maids are also privy to the crimes and mysteries that are hidden behind the wealthy facades and closed doors of the most powerful people of Beverly Hills.

With an ensemble cast, the series was initially planned to be aired on ABC, before finding a new home. Although it met with positive reviews, ‘Devious Maids’ was canceled after four seasons, ending in an unresolved cliffhanger. Naturally, you might be wondering why ‘Devious Maids’ Season 5 got canceled. Here’s everything we know about that.

‘Devious Maids’ Season 4 premiered on June 6, 2016 and came to an end on August 8, 2016. In a move that surprised everyone, including people involved in making the show, Lifetime canceled the series after four seasons. In fact, even executive producer Sabrina Wind had implied in an interview that Season 5 would be made, and not only would it clear up the mysteries of Season 4, but also take the show in a new direction.

So, why did ‘Devious Maids’ Season 5 get canceled? Well, the first and foremost reason is ratings and declining viewership. Although the series got off to a very strong start, over the seasons it saw a dip in ratings, with the fourth and final season averaging 0.923 million viewers. Moreover, unlike Cherry’s other show, ‘Desperate Housewives’, ‘Devious Maids’ could never make it big in the awards circuit either.

However, the most important reason for the cancelation must be the major rebranding of Lifetime as a network. The channel decided to go with a new look, promoting female empowerment and the idea of “fempire”, which is a campaign built around edgier and younger programming like ‘UnREAL‘, another Lifetime series. Thus, ‘Devious Maids’, which was the only show left over from the old regime, after Lifetime’s change in direction, was sent to the chopping block.

Fans campaigned to get the show picked up by another network or streaming service, but the fervent movement ultimately yielded no results, since it turned out that the show could not continue as options with the cast had expired. Therefore, ‘Devious Maids’ season 5 for all practical purposes stands canceled.

Devious Maids Cast: Who Is In It?

‘Devious Maids’ is the first all-Latina ensemble on English speaking television. The cast includes Ana Ortiz as Marisol Suarez, Dania Ramirez as Rosie Falta, Roselyn Sanchez as Carmen Luna, and Judy Reyes as Zoila Diaz, as the four maids. Susan Lucci appears as Genevieve Delatour, Zoila’s boss, Rebecca Wisocky is seen in the role of Evelyn Powell, while Tom Irwin plays the role of Adrian, her husband. Grant Show appears as Spence Westmore, Rosie’s boss. Although there are several other characters portrayed by various castmembers, these are the ones who have appeared consistently throughout the seasons.

Notably, Ortiz’s Marisol raised eyebrows when she went missing before her wedding in the final episode of Season 4. Fans thought Season 5 would give the answers, but when the show was canceled, they turned to Ortiz herself. She replied that Marisol is a woman who always lands on her feet, so she should be safe. However, the actress could not provide an answer beyond that, being unaware of the character’s fate. She urged fans to ask Lifetime. Nonetheless, several theories have been floated about Marisol’s fate, including the fact that she might have gotten cold feet, or been kidnapped. In the absence of another season, though, these theories remain unsubstantiated.

Upon hearing news of the show’s cancelation, all the cast members took to social media to thank the fans for their support and praised the show.

You can check out the trailer for ‘Devious Maids’ Season 4 below.