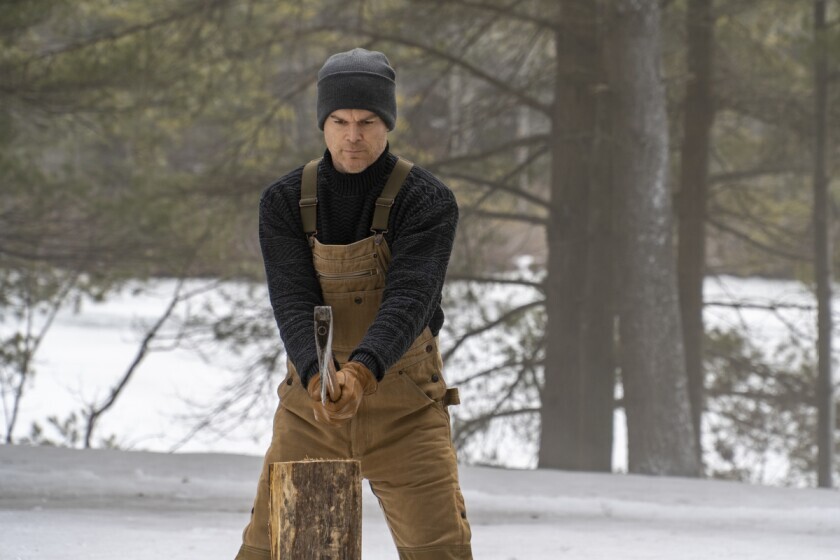 Created by Clyde Phillips, ‘Dexter: New Blood’ is a crime drama series that serves as a sequel to ‘Dexter,’ which ran from 2006 to 2013. Set about a decade after the conclusion of the original show, ‘Dexter: New Blood’ finds Dexter living in a New York town called Iron Lake, happy as much as he can be. The psychotic and murderous urges are still there, but he overcomes them by adhering to a strict routine.

However, when Dexter’s son with Rita — Harrison — seeks him out, Dexter discovers that his past also comes calling. Meanwhile, for the first time in a decade, Dexter finds a perfect victim. If you are wondering what is in store for you in episode 2, we got you covered.

‘Dexter: New Blood’ episode 2 is set to release on November 14, 2021, at 9 pm ET on Showtime. It comprises ten hour-long episodes that air every Sunday.

You can watch ‘Dexter: New Blood’ episode 2 by tuning to Showtime at the above-mentioned date and time. Viewers with subscription details can catch the second episode on Showtime’s official website or the Showtime app — Showtime Anytime. The series is also available on platforms such as Sling TV, Hulu+Live TV, Fubo TV, Xfinity, DirecTV, Spectrum, and YouTube TV. A viewer can add Showtime to the subscription to watch episode 2 of ‘Dexter: New Blood’ on Amazon Prime Video. Canadian viewers can catch the show on Crave.

Episode 2, titled ‘Storm of F-ck,’ might focus on the young people who have recently gone missing. The first episode hints towards the situation in a conversation between Dexter and Angela. In episode 2, the audience is likely to get more information about that. There has been a primary antagonist in all seasons of the original series, and ‘New Blood’ will not be an exception, at least not in that regard. The remains of one of the missing teenagers might be found near Dexter’s home, and the police will use his cabin as a base. It might be revealed that the main antagonist is somehow involved in these missing cases.

With Harrison’s sudden arrival, Dexter’s routines will drastically change. But as he has already killed someone, that’s no longer an important issue. Dexter will introduce his son to the rest of the town, including Angela. We might learn what happened to Hannah McKay. The last time we saw Harrison, he was in Buenos Aires with Hannah. Something must have happened to her, which served as a catalyst for Harrison’s journey to find his father. Episode 2 might reveal what it is.