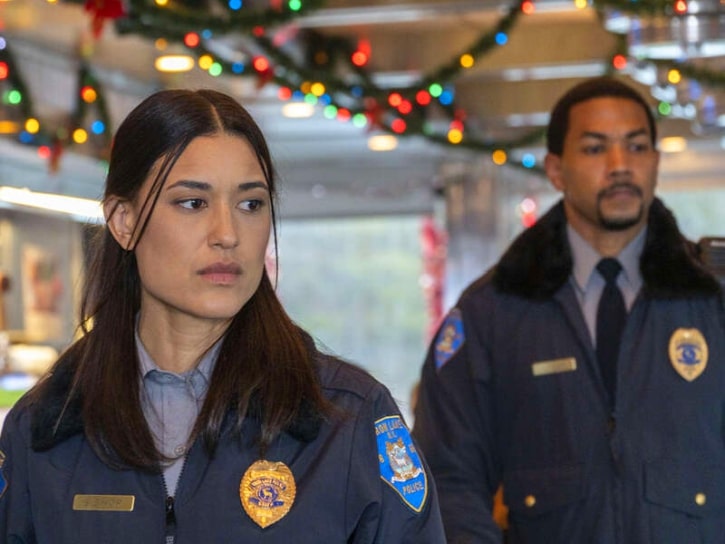 Created by Clyde Phillips, ‘Dexter: New Blood’ is a revival show, set about a decade after the original ‘Dexter’ series. The quiet and secluded life of the eponymous character is interrupted when the son he left behind all those years ago walks into his life. Meanwhile, his dreaded Dark Passenger returns after slumbering for a long time.

In episode 7, titled ‘Skin of Her Teeth,’ Dexter inspects the remains of Angela’s friend Iris and finds a piece of skin trapped in one of her teeth. The result is a 60% match with the sample Kurt earlier provided. He is arrested, but Angela is forced to let him go after he shifts the blame to his father. Dexter tries to decide whether he should kill Kurt or not. Harrison reveals that he now remembers his mother’s death. Angela and Mollie start to realize that there is something unsettling about Dexter. As the episode ends, Dexter gets captured by a man Kurt hired. If you are wondering what is in store for you in the next episode, we got you covered.

‘Dexter: New Blood’ episode 8 is set to release on December 26, 2021, at 9 pm ET on Showtime. The series comprises ten hour-long episodes that air every Sunday.

You can watch ‘Dexter: New Blood’ episode 8 by tuning to Showtime at the above-mentioned date and time. Viewers with subscription details can catch the eighth episode on Showtime’s official website or the Showtime app — Showtime Anytime. The series is also available on platforms such as Sling TV, Hulu+Live TV, Fubo TV, Xfinity, DirecTV, Spectrum, and YouTube TV. A viewer can add Showtime to the subscription to watch episode 8 of ‘Dexter: New Blood’ on Amazon Prime Video. Canadian viewers can catch the show on Crave.

In episode 8, titled ‘Unfair Game,’ Dexter will wake up in the car and realize his current predicament. He will know that he has to escape from his captor and get back to his son before Kurt successfully brings out the dark passenger within the boy. However, to do that, Dexter will have to survive first. The man that Kurt has evidently hired to kill him might turn out to be one of the greatest challenges of his life.

Meanwhile, in Iron Lake, Kurt will try to show Harrison that it’s better to give in to the murderous urges than fight them. After Harrison broke his opponent’s arm, Kurt likely figured out that the boy was on a dark path. Turning Harrison into a killer will be Kurt’s way of getting revenge against Dexter. Angela and Molly will make some horrifying discoveries. Angela will speak to the drug dealer whom Dexter nearly killed and discover that her boyfriend tried to sedate the other man.