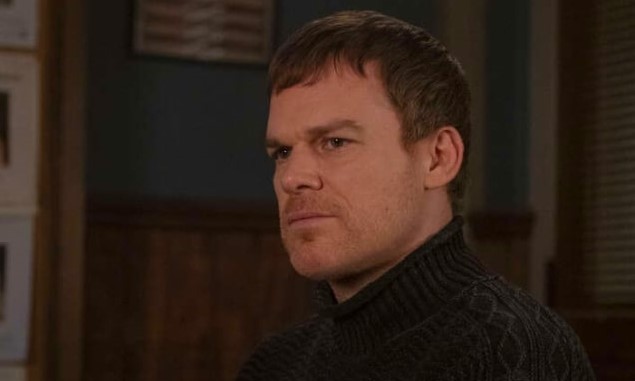 Created by Clyde Phillips, ‘Dexter: New Blood’ is a mystery crime drama series that serves as a sequel to the original ‘Dexter’ show, which initially ran from 2006 to 2013. Both shows are inspired by American author Jeff Lindsay’s ‘Dexter Morgan’ books, but they have little in common with the source material. Set in the small New York town of Iron Lake, it depicts the eponymous character living a normal life. It has been about a decade since he has felt the urge to murder someone. However, the Dark Passenger once more stirs within Dexter when he discovers a killer who has escaped justice living in his vicinity. To further complicate matters, Harrison, his son with Rita, shows up in his home one day.

Following its premiere, the revival series mainly received positive reviews. Phillips was the showrunner of the first four seasons of the original series, so his return to the franchise was welcomed by critics and fans alike. While most of the episodes of ‘Dexter: New Blood’ received a positive response, the finale garnered a mixed reaction because of the ending and the eventual fate of the main character. If you have already watched the first season and want to know where there will be a season 2, we got you covered.

Neither Showtime executives nor the series producers have yet confirmed the development of a sophomore season of ‘Dexter: New Blood.’ However, Phillips told Deadline in an interview that he would happily return to continue the story if the network asked him. “When people start bingeing this after the finale, I’m confident the numbers will continue to go up,” he said. “It’s up to Showtime to make the call to me if they want more. If they ask me if I’d like to make a continuation of this, I would say yes. I have a lot of things going on but I would drop everything for this and say yes in one second.”

In an earlier interview with The Hollywood Reporter’s ‘TV’s Top 5’ podcast, Phillips hinted that there might be more ‘Dexter’ content in the future. Answering a question about a possible second season, he stated, “Let me say this to answer that: Never say never. I could’ve said yes or no. I’m saying never say never. Anything can happen and I’m not going to commit to the fact that this is the absolute end of the franchise. I think that’s a pretty revealing answer.”

Hey #Dexter fans – I’m gonna have an EXCITING #DexterNewBlood announcement to share early Monday morning. I can’t wait to share with all of ya! pic.twitter.com/MOjsOeM5ZU

Moreover, Scott Reynolds, who has been involved in the production of both the original and the revival, told the show fans via Twitter that exciting announcements regarding the show would be made on the morning of January 10, 2022. If the announcement is indeed about the show’s renewal, the viewers can expect ‘Dexter: New Blood’ season 2 to come out sometime in Q4 2022.

Dexter: New Blood Season 2 Cast: Who Can Be in It?

The respective characters of Hall, Carpenter, Brown, Miller, Chung, and Lithgow are dead and will not probably appear beyond flashback scenes in the prospective season 2. If Harrison does take up his father’s mantle, his conscience might then take the shape of his father, just like Dexter’s took the shape of Harry and Deb. The rest of the cast will probably reprise their roles. Moreover, new cast members might be added if the show continues to expand its universe.

Dexter: New Blood Season 2 Plot: What Can It Be About?

In the season 1 finale, titled ‘Sins of the Father,’ Dexter gets arrested. Angela learns that Kurt killed Iris, Molly, and all those women on her wall. Dexter kills Logan to get to his son, but Harrison realizes what he has done and accuses him of not following his own code. Harrison kills Dexter, but Angela lets him go after instructing him never to come back.

In the prospective season 2, Harrison might go to Los Angeles, where his father had plans to move. If the Dark Passenger stirs, it will be easy for him to keep it satisfied there. Audrey might join him at some point, and Harrison’s half-siblings might also show up later in the season.