Where Are Diamond Jack and Carlton Morton From ‘Love is Blind’ Now? 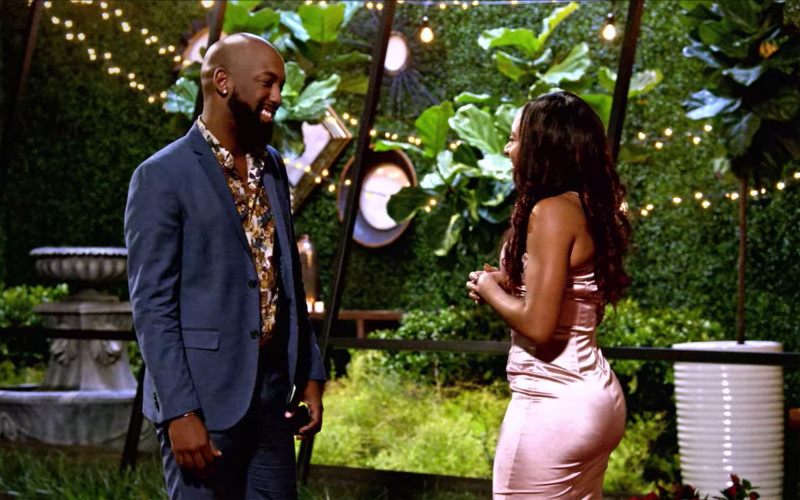 ‘Love is Blind’, which has drawn comparisons from shows like ‘The Bachelor‘ and ‘Married at First Sight‘, finally dropped on Netflix on February 13, 2020. What happens here is, hopeless romantics and singles seeking love, agree to attempt tying the knot with someone they have never met before. But they do get enough time to know each other in separate pods.

After 10 days, the men propose to the women and reveal themselves for the first time. The couples then venture out into the real world and if they think they are meant for one another, they get married.

Well, the first season of ‘Love is Blind’ has already managed to leave a mark on the small screen. And among the featured couples, two individuals who have really succeeded in drawing viewers’ attention are Diamond Jack and Carlton Morton. So who are they and where are they now? Let’s begin with a brief intro.

Where is Diamond Jack now?

28-year-old Diamond Jack is a native of Illinois and a former pro basketball dancer. She has previously been a part of the Atlanta Hawks and the Chicago Bulls. The current chairperson of the cancer support group, Charge Up, she landed in the show to find someone who would know her for who she really is. That person is, for a while, Carlton Morton. Almost instantly, she falls for him and ends up getting engaged. But things become complicated when they head to Mexico.

When Diamond comes to know that Carlton is interested in both the sexes, the complications begin. After leaving the resort, it really seems the two have called it quits.

For the latest updates on her life, the go-to source is of course Instagram. With a follower base that’s rapidly reaching the 6000 mark on her profile, Diamond Jack is still working for Charge Up. However, it is certain that she and Carlton didn’t hook up after the show after the explosive fight about the latter’s sexuality. You can follow her on Instagram on her handle, which goes as follows: @iam_diamondjack.

Where is Carlton Morton now?

Carlton Morton is a 34-year-old social media manager and a native of Louisiana. He is currently a resident of Atlanta, Georgia. Carlton has already had his share of reality tv experience while working as a celebrity assistant in The Real Housewives of Atlanta. If you follow the series, you might also have seen him in certain episodes as Cynthia Bailey’s assistant. He is well-known by the name “Mr Couture.”

When he first appears in ‘Love is Blind’, he expresses his desire to find true love. He says: “Before coming into this I was very superficial, I had to be with the supermodel, I had to be with the beauty queen. Now I’m ready to focus on what matters. It’s more about what’s on the inside, if your heart is beautiful; if your soul speaks to my soul.”

Not much is known about Morton’s life after the show. Probably, he went back to being a social media manager. It seems like the fiasco with Diamond made him turn his Instagram private. But you can still follow him here.

Read More: Is Love is Blind Fake or Real?