Diary of a Future President Season 2: Everything We Know 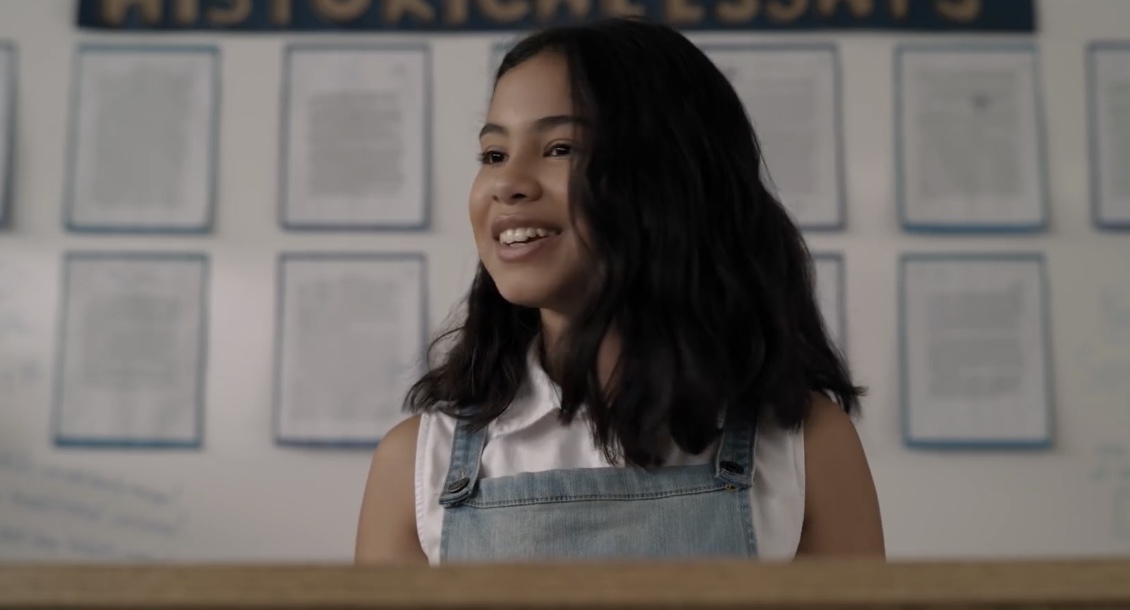 As the name suggests, ‘Diary of a Future President’ is based on twelve-year-old Elena Cañero-Reed’s dream of becoming the President of the United States. The series kicks off in a setting where she has successfully fulfilled her dream of achieving the country’s presidency. But she chances upon her old diary in a package, and the audiences are immediately whisked away to a flashback that showcases Elena during her preteen years. She is introduced as a bright, nerdy, and extremely talented young girl who possesses every trait that would one day give flight to her dreams.

The show is a coming-of-age comedy that stands out as something worth watching. The protagonist Elena is Cuban, which also brings in a fresh perspective on the screen. As the show’s first season charmed the audiences with its inspiring and relatable story, we wanted to know more about its upcoming season, if there is any. Is ‘Diary of a Future President Season 2’ releasing anytime soon? Here’s everything we found.

‘Diary of a Future President’ season 1 released on January 17, 2020, on Disney+ and ended on March 20, 2020. It consists of ten episodes, with a runtime of 22-28 minutes each. With favorable reviews gracing the show’s walk down the unpredictable alleys of the world of television, audiences have been yearning for updates regarding its renewal. As luck would have it, the show was adopted for another season in May 2020.

We’re officially back in production for #DiaryOfAFuturePresident! To celebrate, here's a look at a special moment from earlier this year when the cast heard the news about returning for season 2. #DisneyPlus pic.twitter.com/S9YQrSvgSe

Likewise, on October 20, 2020, the official page posted an update that suggested the onset of production for the second season. Although a release date hasn’t been mentioned, it will hopefully not take much longer, considering how it has entered the filming phase. In all possibility, we expect ‘Diary of a Future President’ season 2 to release sometime in the latter half of 2021.

Diary of a Future President Season 2 Cast: Who can be in it?

Gina Rodriguez will most certainly reprise her role as adult Elena, the future President of the United States, in the space of a recurring guest star. Tess Romero stars as Elena Cañero-Reed during her early years. Charlie Bushnell and Selenis Leyva play Bobby and Gabi Cañero-Reed -Elena’s brother and mother – respectively. Michael Weaver portrays Sam Faber, a lawyer at Gabi’s firm.

The primary cast, as mentioned above, is undoubtedly expected to return for the upcoming season. Recurring cast members, including Carmina Garay as Sasha (Elena’s best friend), Sanai Victoria as Melissa (Elena and Sasha’s enemy), Jessica Marie Garcia as Camila, and Harmeet Pandey as Jessica, are also expected to reprise their roles in Season 2.

Diary of a Future President Season 2 Plot: What can it be About?

The finale of Season 1 witnesses an entertaining circle of events revolving around its main characters. Bobby likes Liam but fails to tell him so even after planning to pour out his feelings for him. Gabi is about to let go of Sam because of her unresolved feelings for her late husband, Robert. But Bobby reassures her saying that it is okay to love two people. Elena, after an encounter with an inspiring senator, decides to run for student council.

Season 2 will have developments surrounding Gabi and Sam now that their relationship has withstood the first season’s revelatory finale. Bobby might finally find the courage to confess his feelings to Liam. Elena, on the other hand, will be one step closer to achieving her dream. The second season will significantly focus on Elena’s character growth and events that would progressively place her in the center of politics.