Dickinson Season 2 Episode 9: What To Expect? 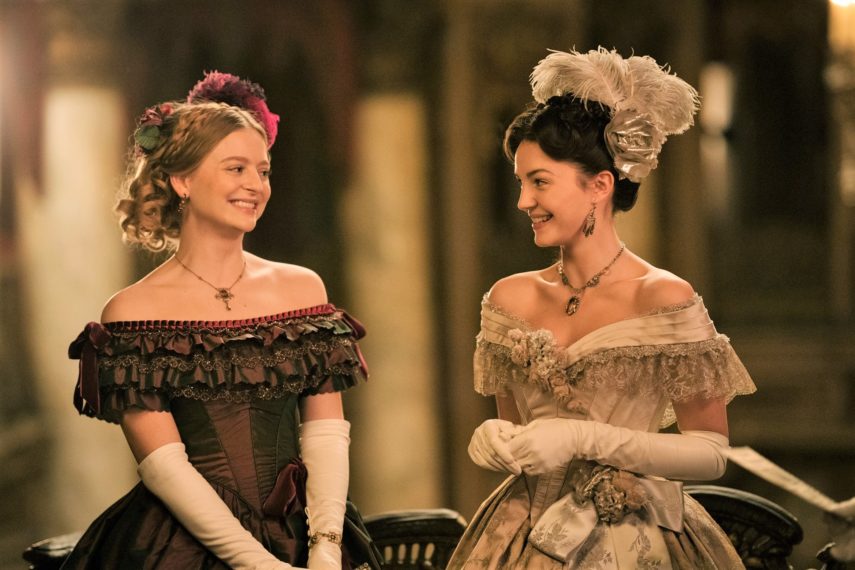 In ‘Dickinson’ season 2 episode 8, the show fully embraces its supernatural side and succeeds in effectively confusing the audience by making Emily “invisible” to everyone around her. “Nobody” returns (less creepy this time) and assures Emily that she is not a ghost. Wiz Khalifa’s Death also drops in for a trippy appearance, along with Nick Kroll’s ghostly and ghastly Edgar Allan Poe. Emily finds out a shocking secret that breaks her heart on two levels. You can learn all about the latest episode in the recap summary. But first, let’s check out what the next episode has in store for us. Here’s what we know about ‘Dickinson‘ season 2 episode 9!

‘Dickinson’ season 2 episode 9 is scheduled to release on February 19, 2021, at 12 am ET, on Apple TV+. New episodes of approximately 30-minute runtime will release weekly on Friday.

Fans of historical dramas and quirky comedy-dramas can watch ‘Dickinson’ season 2 episode 9 by subscribing to Apple TV+. Subscribers of Apple TV+ can choose to download the episodes directly to their Apple devices if they prefer to watch them offline.

The upcoming episode is titled ‘I Like a Look of Agony.’ We will get to witness the fall out from Emily’s heartbreak in the next episode. Will she tell Austin what she saw, or will she choose to keep Sue’s secret? It will be interesting to see how the truth about Sue and Sam will affect Emily’s pursuit of fame, as Sue and Sam are the very people who have been the most vocal about Emily getting published. We might get to see Austin finally come to terms with the reality of his unhappy marriage with Sue.

Emily’s poem is finally published on the front page of the Springfield Republican, and she is ecstatic. Lavinia is impressed, while Ship is confused about the poem’s deeper meaning. Edward doesn’t make a big deal about Emily getting published, much to Emily Senior’s relief.

Emily realizes that her family and other people around her cannot see or hear her. She thinks she is a ghost, but Nobody tells her she isn’t. Nobody gives Emily an idea to take advantage of her invisible state and find out what people actually think about her and her poetry. Emily gives it a try but is crestfallen to hear a few unflattering remarks.

Still invisible, Emily drops in on Henry’s abolitionist gathering in the barn and parties with them before Austin finds her there. Emily is surprised that Austin can see her. Emily goes on a carriage ride with Death and Edgar Allan Poe (who is on a ghostly prowl for his next bed-mate). She goes to meet Sue but is shocked to see Sue cheating on Austin with Sam Bowles. Emily, who is in love with both Sue and Sam, is heartbroken.