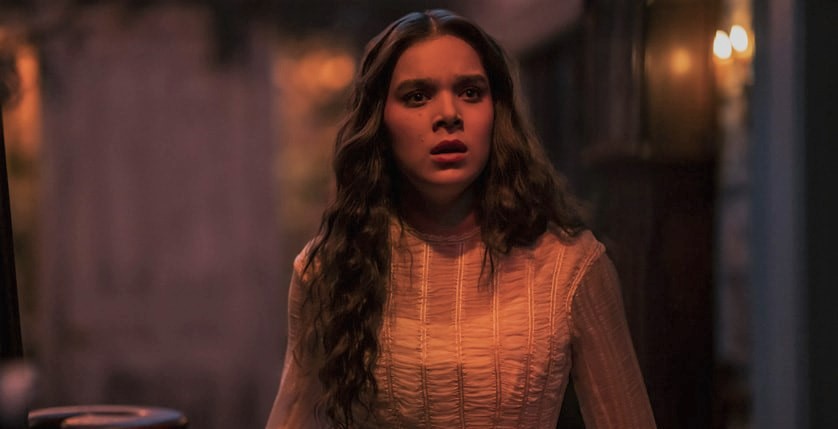 ‘Dickinson,’ Alena Smith’s comedy-drama, chronicles the personal, artistic, and social journey of Emily Dickinson, the esteemed poet from 19th Century Amherst. The historical show revisits and adds upon documented history through fiction and fantasy by making use of an eclectic mix of feminism, queer concepts, and political awareness.

Since its premiere on November 1, 2019, the Apple TV+ show has garnered a cult-like fan base particularly obsessed with the romantic relationship between Emily and Sue. Critics have lauded the cast’s stellar performances, costumes, and humorous dialogues. With three seasons under its belt, the Hailee Steinfeld starrer has received love from all across the world. The third season in particular is intense, hilarious, and insightfully emotional. Needless to say, many are curious about the show’s future. Will there be a fourth installment? Here’s everything you need to know about ‘Dickinson’ season 4.

‘Dickinson’ season 3 premiered on November 5, 2021, on Apple TV+, and concluded on December 24, 2021. The season comprises 10 episodes with a runtime of 27-35 minutes each. The first three episodes were released together, whilst the remaining ones were aired on a weekly basis.

Yes, we know you’re buzzing with anticipation to find out about season 4 of the series. Here’s what we can tell you. Unfortunately, there will be no fourth season as the show concludes with its third iteration. “For four years, I developed it [‘Dickinson’], writing the pilot and outlining three seasons before I sold it to Apple in 2017,” stated Smith in December 2021. Clearly, the creator had always conceived the series with three seasons in mind and so we are given a very satisfying and fantastical conclusion to the stories of Emily and her family.

“I think it’s really wonderful when something can have a beginning, middle, and end and do what it came to do and say when it came to say, and I really feel like we got to do that with ‘Dickinson,’” said Smith in November 2021. So, it is obvious that the series officially concludes with season 3. Therefore, it is highly unlikely that ‘Dickinson’ season 4 will ever get made.

Although the news is saddening, we can always focus on how beautifully the series ends. Emily’s family lives happily ever after, Sue reconciles with Austin and wholly appreciates her best friend and lover’s artistic passion, and the rebellious poet fully immerses herself in her world of poetry. When the cast and crew of ‘Dickinson’ took to social media to talk about their journey across three seasons, fans immediately rushed to the comments section to express their love for the show’s characters and superb actors.

Even though ‘Dickinson’ is ended, it’s good to know that the actors who play our beloved characters onscreen are good friends and will continue to stay in touch with each other. Plus, the series has generated a renewed interest in Dickinson herself, so don’t be surprised if you keep coming across her poetry on the internet!

This might be the end of the journey for Smith’s groundbreaking series, but you can always check out other fantastic shows with strong female leads and copious amounts of humor. You can dive straight into ‘The Great,’ ‘The Marvelous Mrs. Maisel,’ ‘Fleabag,’ and ‘Bridgerton’ after finishing the third and final season of ‘Dickinson.’ Of course, you can always go back and re-experience Emily’s journey all over again, because why not?