Did Betty White Pass Away? 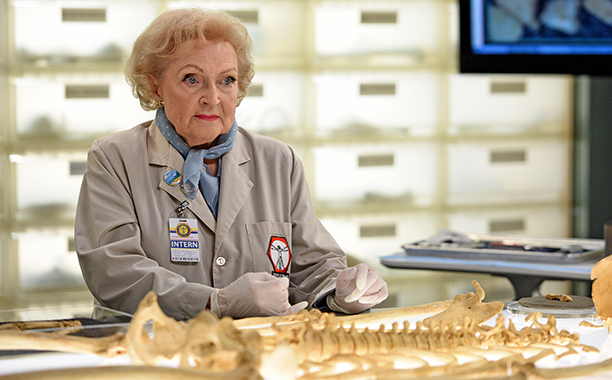 Betty White is currently 98 years old, and with the longest television career of any entertainer, she holds a distinguished place within the industry. Naturally, due to her age, people are concerned about her health. However, Betty White is alive and well for now. There is a chance that several people have been recently worried about White’s well-being after they have misread the news about Betty Wright’s demise. According to news sources, the legendary soul singer passed away at the age of 66, after battling cancer.

White, on the other hand, does not seem to be suffering from any serious ailments. You can check out Betty’s post from August 2019, where she looks healthy and happy for her age.

This is not the first time that Betty White has been hit with death hoaxes. In fact, netizens must be aware that Betty has been subjected to rumors of death more times than one can remember. One of the tales even resurfaced and fooled Twitteratis twice. In 2014, an article from a satirical news site, Empire News, started doing the rounds. It had a misleading title stating White “Dyes Peacefully in Her Los Angeles Home.” The news started to spread like wildfire.

In 2019, the hoax resurfaced, and CBS News had to step in to clear the air. They clarified that Empire News used real names of celebrities for parodies or satirization. Twitteratis were again taken for a ride and did not look too kindly upon the rumor. Check out a journalist’s post below.

Is she tie dying a blouse? If you're going to try to misleadingly kill off legend Betty White, learn to spell mate. #bettywhite #FakeNews pic.twitter.com/iU10JJTeWt

White, who is known for roles in shows like ‘Golden Girls’, is not just doing great but will be seen in a new Lifetime movie. Reports suggest that the film will be releasing later in 2020, and is part of the network’s roster of holiday films. The premise of the upcoming movie will follow White’s character as she whips the would-be Santas into shape, to spread the true meaning of Christmas.

However, her job as the Santa whisperer leads many to wonder whether she is secretly Mrs. Claus. It marks Betty’s first on-screen acting role since her low-key appearances in ‘Young & Hungry,’ and the Fox series, ‘Bones.’ White has most recently lent her voice to ‘Toy Story 4,’ as well. Therefore, it becomes evident that not only is Betty White alive and kicking; she is also actively a part of the entertainment industry.

Her most recent post sees White promoting her friend, Carol Burnett’s show. Since it comes from Betty’s personal account, there is little doubt that the veteran actress is very much alive.

Yet another post came from Betty White in January 2020. In a paid partnership with Snickers, Betty made an oddly clairvoyant post about the nature of the world. Check it out here.

Betty White is quite alive, and fans can see the actress on-screen in a few months. After all, Lifetime has clarified that their holiday movies are in different stages of production and will start premiering from October 5, 2020. This is when we will see White in a Christmas movie.