Portrayed by Curran Walters, Jason Todd, or Red Hood, is one of the important characters in HBO Max’s superhero series ‘Titans’ Originally introduced in season 1, Jason approaches Dick Grayson and reveals that he now has the mantle of Robin. Following a request from Bruce Wayne, Dick Grayson takes him under his wing, which leads Jason to become a member of the Titans.

However, as the series progresses, Jason grows disillusioned with what both the Titans and Batman represent. He is eventually killed by the Joker, but Jonathan Crane or Scarecrow later resurrects him. Jason subsequently becomes Red Hood, an antihero who wreaks havoc in Gotham. If the events of the season 3 finale have made you wonder whether Jason left ‘Titans,’ we got you covered. SPOILERS AHEAD.

What Happened to Jason Todd or Red Hood?

After Jason’s death at the hands of the Joker, Crane instructs his body to be transferred to the secret Lazarus Pit underneath Arkham Asylum. Following Jason’s resurrection, Crane manipulates him into becoming addicted to a modified version of anti-fear gas. Adapting the new alias Red Hood, Jason begins a brutal attack on the criminal elements of Gotham, killing multiple gang members. He then forces the remaining gangsters to work with him, demanding and getting 40% of their earnings. 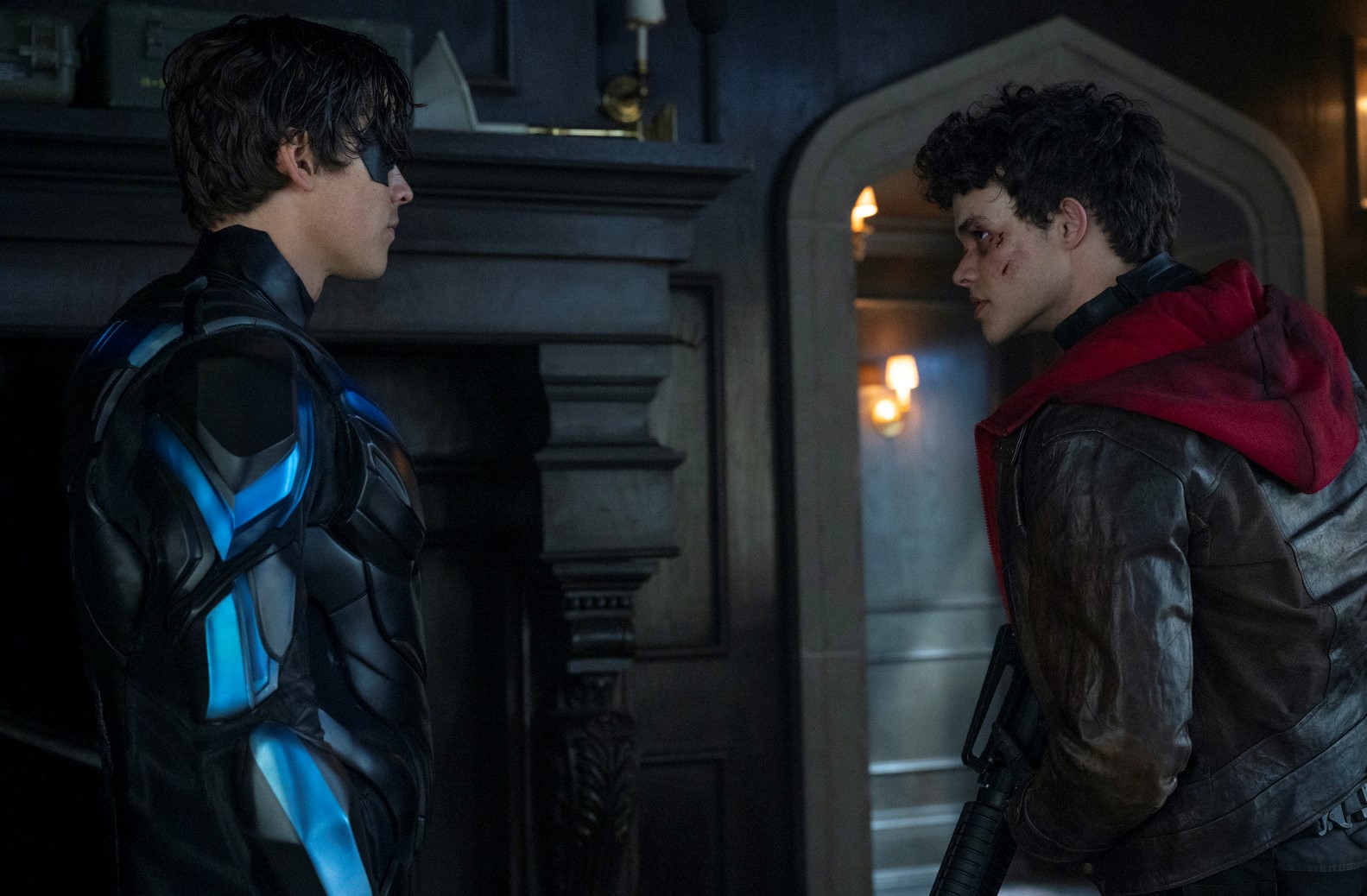 It is when Jason stops using the drug he starts to regain his original self. Deeply repentant for his actions, which include causing the death of Hank Hall or Hawk, he helps Dick as the Titans manage to stop Crane. But before Dick goes to confront the villain, Jason departs, arguing that this is a Titans’ fight and he is no longer a member. Afterward, when Bruce Wayne returns to Gotham, Jason says farewell to him and Dick and leaves, intent on paving his own path as a vigilante.

By the end of season 3, the relationships between Jason and almost all members of the Titans except Dick have been damaged, perhaps beyond repair. He knows that he will not be welcomed back into the team with open arms. As much as Jason regrets his actions, he also understands precisely why the Titans don’t trust him. There is also a matter of maturity. The Titans have helped him in his journey of finding his own identity as a hero. He must find the rest of the path on his own.

However, that doesn’t mean we will never see Walters in ‘Titans’ again. He said in an interview with The Cosmic Circus that he would like to play Red Hood for the next ten years if he could. There have been speculations about a potential Red Hood film. Walters claimed that he didn’t know about the matter, but he loved this character, and it would be amazing if a film did get made.

Walters did extensive research to prepare for the character. “I was under the Red Hood probably 100 times,” the actor told CBR. “I think as an actor, you got to make your own choices. You got to take what works in that moment as a character. Obviously, there was nothing to play off of as far as live-action. I got to set the bar. I think it turned out great. I read all of the comics too, back when I started Season 1. But I had read every comic with Jason Todd and Red Hood.”