Portrayed by Damaris Lewis, Komand’r or Blackfire is an important character in the HBO Max superhero series ‘Titans.’ Blackfire makes her first appearance in season 2 episode 9, titled ‘Atonement.’ Initially, it appears that she is set to be one of the antagonists of the show, especially with her hostile relationship with her sister Kory or Starfire. In season 3, Blackfire becomes a series regular. If the events depicted in the season 3 finale have made you wonder whether Blackfire left ‘Titans,’ we got you covered. SPOILERS AHEAD.

What Happened to Blackfire?

Blackfire is the older sister of Kory and a member of the Tamaran royal family. Kory and Blackfire’s parents, King Myand’r and Queen Luand’r, decided to use Blackfire’s abilities with fire to make it look like Kory is the one who possesses the said abilities. As a result, Blackfire grows up deeply resenting her parents and eventually kills them before assuming control over her planet. She sends Kory’s former guard and lover, Faddei, to bring Kory back to Tamaran. But the mission turns into a disaster when she takes control of Faddei’s body and tries to force Kory to return to Tamaran. Kory eventually realizes what is happening and reluctantly kills Faddei. 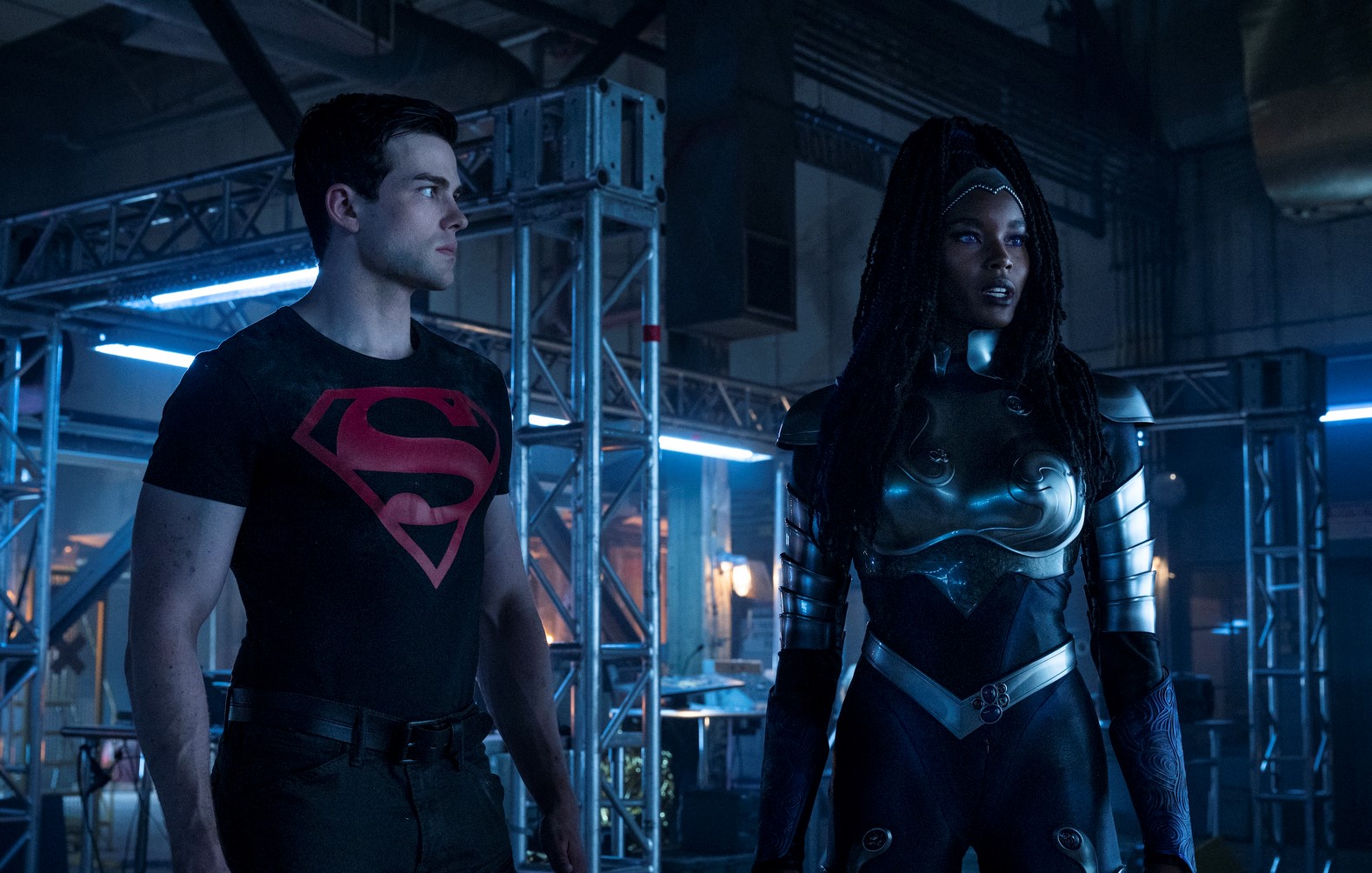 After Blackfire comes to Earth, she takes over the body of a young mother. When scientists of Earth capture her, she manages to communicate with her sister through telepathic abilities, letting her know of her current condition. Although Kory doesn’t harbor any delusion about her sister, she still saves her. Their relationship remains volatile. But Blackfire later starts helping the Titans with their missions and begins a romantic relationship with Conner or Superboy,

In season 3 of ‘Titans,’ Blackfire becomes a member of the team, helping them bring down Jonathan Crane or the Scarecrow and saving Gotham. The character undergoes a redemption arc; it is revealed that she killed her parents in self-defense. Blackfire, Kory, Raven, Donna, and Conner work together to transform the Lazarus Pit into the rain and use it to mass-resurrect the victims of one of Crane’s bombs. Afterward, she says farewell to her sister, Conner, and the rest of the team and leaves Earth for Tamaran.

When season 4 begins, Blackfire is no longer part of the Titans. It appears Lewis has left the show. However, that doesn’t mean that she will not return in the future. Just before Blackfire leaves, she informs Conner that the scientist Artie Kind is working on a device with which humans will be able to breathe in Tamaran. This potentially sets up a future season that takes place on Kory and Blackfire’s native planet.

Asked in a TV Insider interview whether we would ever see Tamaran in the series, Lewis responded, “Oh…hmmm. You might. There’s definitely a heavy Tamaranian storyline. I am not going to give that away, because it’s going to be good, wherever we go with the season. I can tell you we’re going to find out some answers to questions that people have probably had since Season 1.”

Although Lewis most likely was referring to the big revelations made about her character in season 3, it doesn’t negate the possibility that she might return in future seasons.

Read More: Where is Titans Filmed? All Filming Locations