When Will Diesel Brothers Return to Discovery? 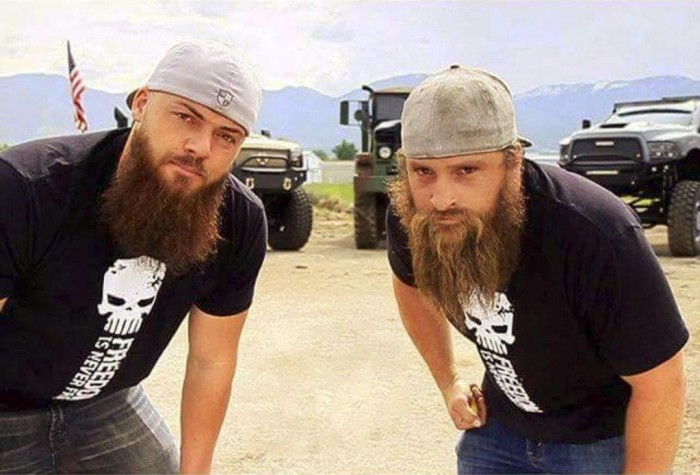 Shows about cars and motorcycles aren’t uncommon these days. In fact, with the advent of streaming services, auto shows have found a vast audience. Deviating from the run-of-the-mill auto shows, Discovery’s ‘Diesel Brothers’ is not only about cars. It is about the meanest vehicles on the road.

That’s the reason why it enjoys quite a significant following. The series is one of the most-watched titles on the network since its premiere (especially for the male audience, aged between their 20s to 30s). To date, it has had six successful seasons. Now the question is, when will ‘Diesel Brothers’ season 7 premiere? Let’s find out.

Diesel Brothers Season 7 Release Date: When will it premiere?

‘Diesel Brothers’ season 6 premiered on December 9, 2019, on Discovery. After airing for five episodes, it wrapped up on January 6, 2020.

Fans might already know that there’s no end to the insane dreams of these super-adventurous brothers. So we were sure that the show would get another season soon enough. As expected, Discovery did greenlight the series for its next outing. ‘Diesel Brothers’ season 7 is slated to premiere on June 22, 2020, at 10 pm ET.

‘Diesel Brothers’ follows Heavy D, Diesel Dave, and their crew at Dieselsellerz, as they design some of the meanest diesel-powered machines. Heavy D aka Dave Sparks hails from Salt Lake City, Utah and he is an entrepreneur, a builder of customized vehicles, and a social media personality. He held a fascination for engines and machines since he was a kid and some of his first vehicles include his bike — a 1976 Yamaha YZ80  and his own creation, the Mega Ram Runner.

Taking his interest further, Sparks studied auto mechanics, welding, and fabrication in high school. After this, he managed a rental business, dealing in ATV and motorcycles, for his close friend and mentor, Rich Eggett. Gaining real-time, hands-on experience for several hours in a day, Sparks later started pursuing his higher education at Weber State University, which he soon left to try his luck in the real world. He soon started operating heavy equipment in his uncle’s construction business and gradually opened his own small-scale excavation business in 2008.

Sparks’ first employee in his company was Diesel Dave who soon became his best pal. After his marriage in 2009, the former started his next company, DieselSellerz.com. Diesel Dave met Heavy D around this time and they quickly bonded over their mutual love for diesel trucks, after which the duo opened DieselSellerz. This enterprise, today, is the go-to destination for anyone who loves diesel-operated machines on wheels.

Joining the duo is The Muscle, a native from Utah, who says that his greatest love is “football, diesel trucks, God, my family, and this great country” — according to Discovery. In season 7, the entire trio is making a comeback.

What Can Diesel Brothers Season 7 be About?

Each episode of this reality show follows the team as they buy used or broken-down trucks and remodel them for resale. In order to market their products, Heavy D and Diesel Dave use the Internet and social media tools as marketing methods to showcase their best pranks and stunt driving skills.

Diesel Brothers is mainly focused on the crew who thinks of and executes amazing models, pulls elaborate and hilarious pranks, and pushes their limits with new, unbelievable stunts. In short, it offers an adrenaline-pumped view into the sweet-smelling world of diesel.

Now, if you want a detailed synopsis of the show, let’s give you a gist of its episodes. In one of the episodes, when one client approaches Heavy D and Diesel Dave to build a monster school bus capable of driving over sand and water, Redbeard comes across the Mello Yello racecar from Days of Thunder and also finds the ideal customer who would want to own it.

Another story is about major league pitcher Jacob deGrom who approaches the crew to revamp his OBS Ford. Yet one more tale is about the diesel boys as they convert a rare British Land Rover Defender from right-hand drive to left-hand drive for a client. Heavy D, once, also tries to secure some cash by parting out a military plane de-icer.

What’s more? In one interesting incident, the team helps out an individual in overhauling his F350 truck after it broke down. And then, there is this episode where they assemble the shop’s first-ever diesel motorcycle, with a Magneto!

Season 6 continues to chronicle the trysts of the bros as Heavy D plans to transform a Vietnam-era bridge boat into the world’s only diesel-powered surf boat. They then reach California to find a unique Excursion to use in their upcoming giveaway. Finally, Heavy D is deep in his ambition of converting a crazy diesel-powered boat. On the other hand, they need to get their MegaTrucks started in order to partake in an insane Pit against the Dirty 7.

In season 7, Todd LeDuc challenges the Diesel Brothers to a desert race and chooses Muscle to join his team. Heavy D and Diesel Dave need to complete their unfinished F100 for the race-ready condition. Also, Heavy D and Diesel Dave reach Monster Jam in Florida to unveil Diesel Dave’s ‘Monster Truck Bro Camino.’ We additionally meet Mad Scientist Sam who assembles a diesel-powered monowheel vehicle called ‘The Kracken’. As summarized by Discovery, “With more stunts, builds, pranks and dad jokes than ever, Monday nights are guaranteed to be trucking huge.”

Check out one of the sneak peeks from season 7 below: