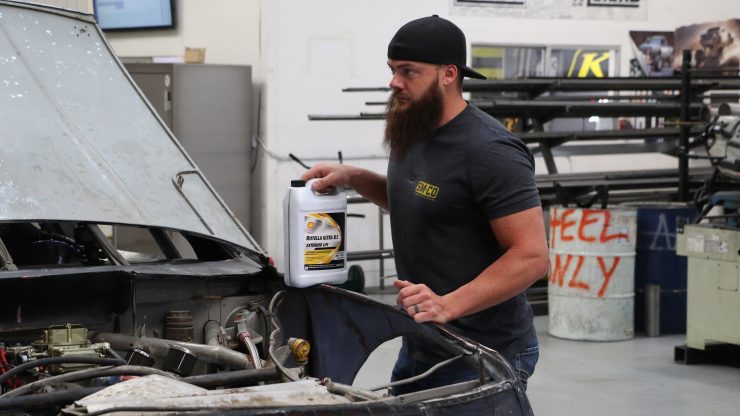 Americans loves their cars, and quite a few niche shows exist to cater to the base who love modifying their vehicles before taking them out on the road. However, among all these shows, ‘Diesel Brothers‘ has always stood out, for the way they have combined information with entertainment, capturing the true essence of the show which can be fun to watch at times.

In case you are new to the show, you must know that the titular Diesel brothers are not blood-related. However, they happen to be great friends who have a shared interest in automobiles. The duo decided to start the show to put their talents out to viewers and other enthusiasts. The rest of the team at their workshop happens to be later hires, and together, they take on challenges when it comes to automobiles. The bottom line of the series is that it combines creativity with perseverance, showing us that anything can be possible if we put our brains and resources together.

Up until now, Season 6 has been quite a ride, with a K5 Blazer, a motorbike which is rather dangerous, a race with a Lamborghini, and in the last episode, we saw an El Camino being taken on as a personal project. Naturally, you might be wondering about the new episode of ‘Diesel Brothers’, and what went down. We are here to tell you exactly that, but first, let us tell you when and where to watch the upcoming episode.

Diesel Brothers Season 6 Episode 4 Release Date: When Will It Premiere?

‘Diesel Brothers’ Season 6 Episode 4 is slated to be released on Monday, December 30, 2019, on the Discovery Channel at 8 PM ET. The episodes have a runtime of around 41 minutes and going by how previous seasons have dropped episodes at one-week intervals, we expect the same to happen in Season 6, which has been following this schedule as well.

‘Diesel Brothers’ is a Discovery Channel show. Therefore the best way to watch it would be to have a subscription to the channel on television. However, not everyone might have access to a television set when they want to watch the episode, in which case, it is ideal to head to the Discovery Go app, and stream the episodes once they are aired there. As cord-cutters are on the rise, many opt not to have cable connections but remain consumers of the content that is put out, urging networks to foreground this viewer-base in their thoughts.

With this in mind, different streaming platforms and Discovery have their own deals in place, which will allow you to watch the show live. Just head over to DirecTV or Amazon Prime. In the case of the latter, you have to add the Motortrend option to your existing pack. Although there is a weeklong free trial, you have to pay $4.99 per month for continued services.

Episode 3 of ‘Diesel Brothers’ has been titled ‘Don’t Tread on Diesel’ indicating that Dave might be up to something big. This is exactly the case as we soon realize since he can be seen adding the final touches to the El Camino. As is evident, no stops have been pulled to make the vehicle an absolute beast, and it will be fascinating to see how people react, and how it performs, once it is unveiled at the Monster Jam, which we will very likely see in the next episode.

As for Heavy D, the other part of the duo, he has had his own adventures with a SEMA build. Heavy D can be seen putting the pedal to the metal, so to speak, as he makes a 6 by 6 with a custom full track assembly, capable of taking on any terrain in style. He proves once again, why the show is so famous, as he tests his nearly limitless skill with vehicles.