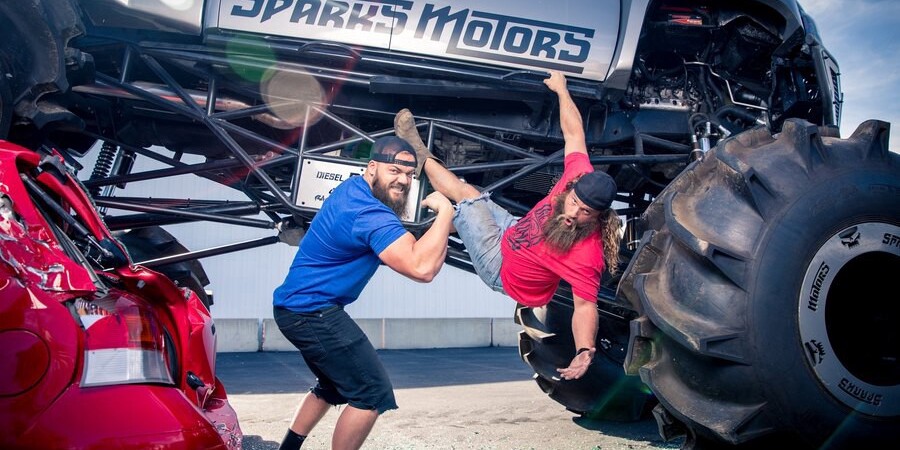 ‘Diesel Brothers’ is a reality television series that follows best friends David Sparks and David Kiley as they modify and fix vehicles at the repair shop, Dieselsellerz. Since its premiere on January 4, 2016, the show has garnered a lot of fan-following among the audiences, especially men who are in their 20s and 30s. Owing to its popularity, the show has spawned a total of six highly-popular seasons.

Season 7 of one of the most-watched Discovery shows premiered on June 22, 2020. In the season premiere, David Kiley works towards fulfilling his desire to build a modern-day version of the Kodiak, while Todd LeDuc throws a challenge at the Diesel brothers. Check out the recap, in case you wish to refresh your memories. If you’re updated, here’s everything you need to know about ‘Diesel Brothers’ season 7 episode 2!

‘Diesel Brothers’ season 7 episode 2 will release on June 29, 2020, at 10 pm ET, on Discovery Channel. The show follows a weekly-release format and a new episode drops every Monday.

The upcoming episode is titled ‘A Kraken Kodiak.’ In the episode, Diesel Dave might pull out all stops to make sure he achieves his aim of remodeling the Kodiak. Sam might unveil The Kraken – a rare and unique mono-wheel vehicle powered by diesel. The tentacle-like wheels of the Kraken might take Diesel and Heavy by a pleasant surprise.

You can watch ‘Diesel Brothers’ season 7 episode 2 by tuning to Discovery Channel at the above-mentioned time. You can also catch the show on Discovery’s official website and the Discovery app.

If you don’t have a cable subscription, you can watch the show on Sling TV, Philo TV, Direct TV, and Fubo TV. ‘Diesel Brothers’ is also available as a VOD service on YouTube TV. You can also purchase the episodes on Amazon Prime. Previous seasons are available to stream on Hulu.

‘Diesel Brothers’ season 7 episode 1 is titled ‘Back with a Kodiak.’

Season 7 brings back the two best friends from Utah, David Sparks AKA Heavy D, and David Kiley AKA Diesel Dave as they set high goals and modify new vehicles, thus, producing adrenaline-pumping content for the fans. Not to forget the football-loving Utah native – The Muscle – is back with more notorious antics and comic relief. In the episode, Diesel Dave puts the finger on his very first giveaway truck of the season. Dave also shares with his pals, his dream of building the ultra-modern version of the Kodiak, which he likes to call the 2020 version.

Todd LeDuc throws a challenge at Heavy D and Diesel Dave by asking them to compete in a desert race. Not just that, Todd shocks everyone by picking The Muscle as his team-partner. The episode showcases the competitive spirit of the two partners, whom we have all come to love. It is supposed to get more interesting as Diesel Dave and Heavy D begin pulling insane pranks and high-flying stunts in the future weeks. The duo embarks upon the very first adventure of the season, raising the bar for the episodes to follow.