Will There Be a Dietland Season 2? 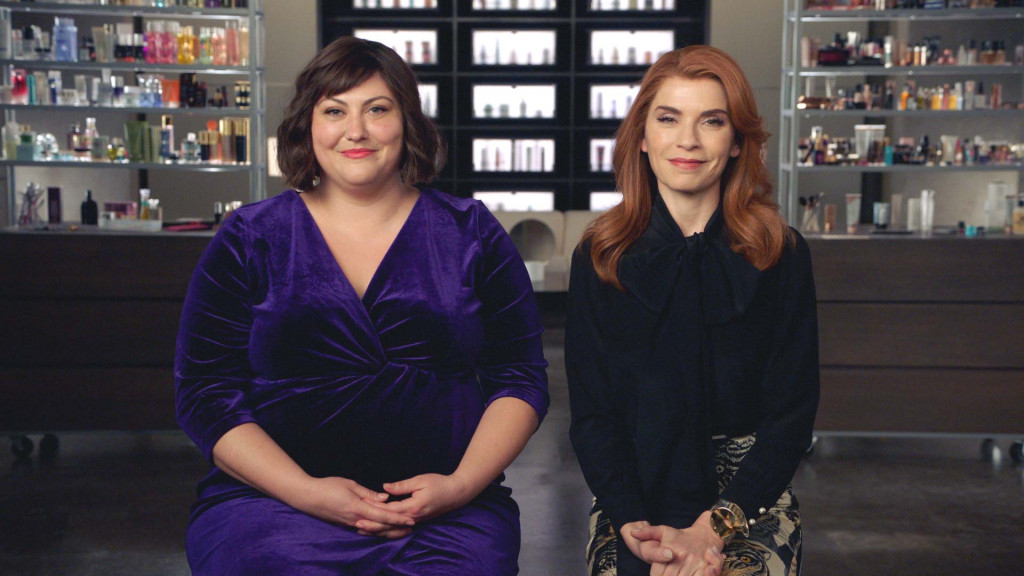 There are two ways in which a piece of media – a TV show, a film, or a book – can hit it big today in their respective who’s who clubs, the Oscars and the Emmys. One of them is direct artistic merit, the other is the overall relevance of the message the show or the film will send. These are not watertight tenets to follow. But as any knife cuts deeper than a blunt instrument, a show which touches on sensitive and/or important topics is bound to at least earn a good deal of brownie points from a critique’s panel.

AMC’s ‘Dietland’ is about this message that feels all too predictable for some of us: it gulps down body image issues with a side of social commentary. While a philanthropic needle in a haybale of rating-baiting shows, the show makes it a point to not become a Tommy Boy (1995) or a Shallow Hal (2001). It goes out of body image issues, its frontispiece, and also tackles toxic masculinity, and even vigilante justice.

The first season of the show was well-received. Now, the question arises: will there be a Dietland season 2? We will delve into that question, but first, let’s quickly look into the details of the series.

Dietland Cast: Who is in it?

Every major actor who went on to become A-list celebs had to start from the bottom (if without family ties to industry giants granting them a helping hand), and while many wither away with their talent still untapped, some find a launching pad of a gig – their first breakthrough show. For Benedict Cumberbatch, it was Sherlock. For lead actress Joy Nash, Dietland is this breakout heat that will (hopefully) launch her into a more enriched acting career.

Joy’s portrayal of the protagonist, Plum, is by far the biggest takeaway from Dietland. Joy Nashe had previously snuck appearances into two big titles, Mindy Kaling’s The Mindy Project and the third season of Twin Peaks. But the primary reason why Marty Noxon & co. might have opted for Joy Nashe, an otherwise obscure actor, in the lead role is because of Joy’s contextual YouTube presence – where she had directed an indie short, A Fat Rant (2007), which has generated nearly 2 million views to date. Other than budgetary flexibility, this might be what helped her audition. At any rate, she pulls off the role of Plum effortlessly. Too effortlessly, in fact, that one would think of her as a real-life Plum equivalent. But in their casting choice, AMC performs the oldest trick in the book: they have a seasoned, award-winning face to pull in the viewers and play the wingman to the newcomer lead actor.

By the end of the show, Joy Nashe’s Plum would likely be the most compelling thing about ‘Dietland’ for you, but the trailer would invite you by advertising its trump card: Julianna Margulies. Possibly best known to the layman as that girl from ER, NBC’s longest-running medical drama series, Julianna is a darling to the award ceremonies of TV. With incredible acting in major productions like CBS’ The Good Wife – for which she bagged a Primetime Emmy award, along with another Emmy for ER, she would also go on to win both a Golden Globe Award and a Television Critics Association Award.

While Julianna Margulies dominates the scene in every frame she’s on as Kitty Mongomery in Dietland, the show limits her screentime to allow space for the rest of the expansive main cast to shine. Margulies is also not the sole star-bait Dietland has going for it; in the role of Verana Baptist AMC casts another Emmy-winner, HBO’s Deadwood-star Robin Weigert.

The rest of the main cast includes, among others, Tamara Tunie (Law and Order: SVU, As The World Turns) as Julia Smith, and BBC One’s Ripper Street (2012-2016)-starrer Adam Rothenberg as Dominic.

Dietland Plot: What is it about?

If you have watched Dietland, you will immediately notice that the show tries to eke out its own niche. It tries so hard, in fact, that it ends up juggling between three separate signals of inspiration: at the same time, it tries to be ‘The Devil Wears Prada’ while sending out Pitch Perfect’s Rebel Wilson vibes, and even brushes across ‘Fight Club’. Going to so many different directions at the same time would make most TV screenwriters’ heads explode – but Dietland balances these different strands gracefully in its episodes. If you don’t care much about the social commentary the show attempts to layout thinly across these parts, the premise should be at least inspirational, to say the least.

Based on Sarai Walker’s novel of the same name, Dietland follows the main character, Alicia Kettle (alias ‘Plum’), a ghostwriter acting as a fashion magazine editor’s understudy. The first layer of the plot has Plum, a plus-sized woman, go through the learning curve of disparaging the body-shaming and accepting herself while working in – of all things – the fashion industry. A further complication of the plot involves corporate espionage with the intent to ratting out the ills of the beauty industry – but we will not spoil that for you. What really gives the show the edge, though, is its bleak animation sequences with a surreal bent to manifest Plum’s subconscious.

Dietland Season 2 Release Date: When will it premiere?

It had started off with a rating of 0.16, which had spiraled to half that amount by the season finale. It is a truly evocative series doing all it can to be innovative with its material, which is what made it shocking when AMC axed the show on September 20, 2018 – perhaps due to the show’s lackluster commercial performance. So there you go, Dietland season 2 stands cancelled on AMC.

You can check out the official trailer of Dietland season 1 below: