Will There be a Difficult People Season 4? 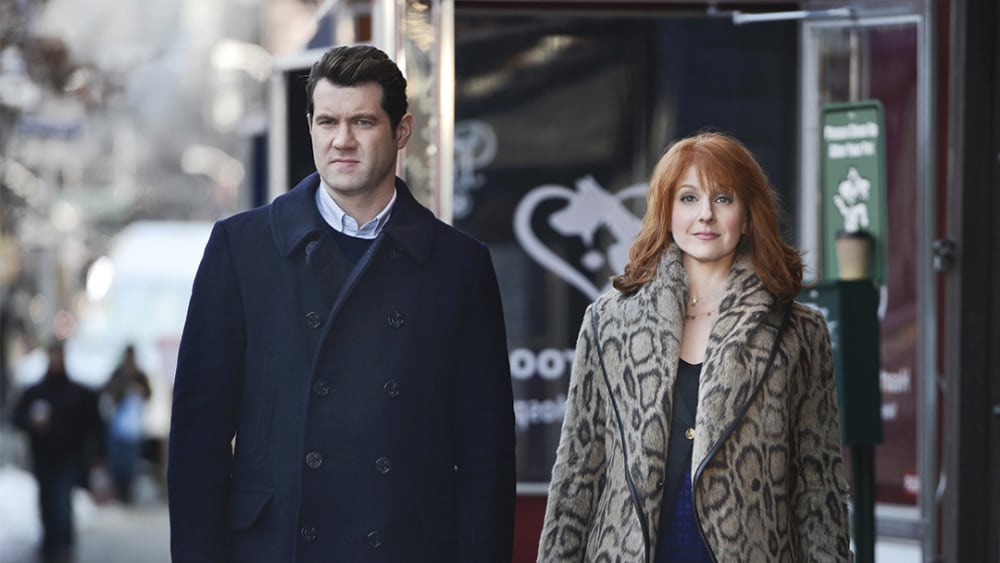 Difficult People, created by Julie Klausner is an American dark comedy series that revolves around two struggling comedians who share a general hatred for everyone except themselves. Klausner executive produces the series and also plays one of the leads.

The series premiered on Hulu on August 5, 2015. Due to the positive reception of its first season, it was renewed for a second and then a third season. Having a dedicated fan base, it holds an average Tomatometer score of 95% and an average audience score of 85%.
Now the question is, will there be a Difficult People season 4? We will delve into that question, but first, let’s quickly look into the details of the series.

Difficult People Cast: Who’s in it?

Julie Klausner plays one of the leads as Julie Kessler, an aspiring comedian. Besides being an actor, Klausner is also a podcaster and an author. She served as a writer for programs in the comedy genre like Mulaney (Fox) and Big Gay Sketch Show (Logo). She has also written for pop culture websites like The Awl and Vulture.

Billy Epstein, Julie’s best friend, is played by Billy Eichner. Eichner previously had a recurring role in the seventh season of American Horror Story. He also had a voiceover role (voice of Timon) in the box office hit, The Lion King.

The role of Arthur Tack (Julie’s boyfriend) is played by James Urbaniak. A prominent voice actor in Hollywood, Urbaniak’s first big break was a minor role in the HBO hit Sex and the City. He additionally had a voice role in the DC Comics’ animated movie Suicide Squad: Hell to Pay. Andrea Martin, a prolific singer, author, and comedian stars as Marilyn Kessler, Julie’s mother. The veteran actress had starred in the NBC sitcom Great News.

Difficult People Plot: What is it about?

Julie Klausner and Billy Eichner play fictional versions of themselves, who are also named Julie and Billy — two people suffering from a tough phase in their comedy career. The series revolves around the endeavors of the dynamic duo, how they maintain their career to how they balance their life in a society which they loath. They want to entertain people through their comedy but conflict arises since they despise everyone around them except themselves.

Difficult People also addresses the personal life of its lead characters. Julie’s relationship with her boyfriend Arthur adds a new layer to the show’s structure. Billy’s despicable relationship with his co-worker Cole also helps in keeping the experience fresh for the viewers.

Through these relationships, we get an insight into the psyche of the characters in a series that mainly focuses on comedy. There are instances where real-life celebrities play fictional versions of themselves and take humor to a whole new level.

Produced by Amy Poehler (best known for starring as Leslie Knope in the NBC sitcom Parks and Recreation, for which she won a Golden Globe Award for Best Actress in a Television Musical or Comedy Series in 2014), this show is a testament to all the comedians whether they are active or not. It holds a mirror to the society in recognizing the talents of an aspiring entertainer.

Difficult People Season 4 Release Date: When will it premiere?

As far as a fourth season goes, on November 14, 2017, Hulu pulled the plug on the series after three installments. The news was also confirmed by star Billy Eichner on November 15, 2017, via Twitter. He thanked his fans for being a part of the show and also Julie Klausner for giving him the opportunity. He went on to say that he was excited to see what Julie would do in the future. So, it is possible the show might be picked up by another platform. However, for the time being, Difficult People season 4 stands cancelled.

The acclaimed show can be streamed now on Hulu by those who have missed it. The trailer from its debut season is below: