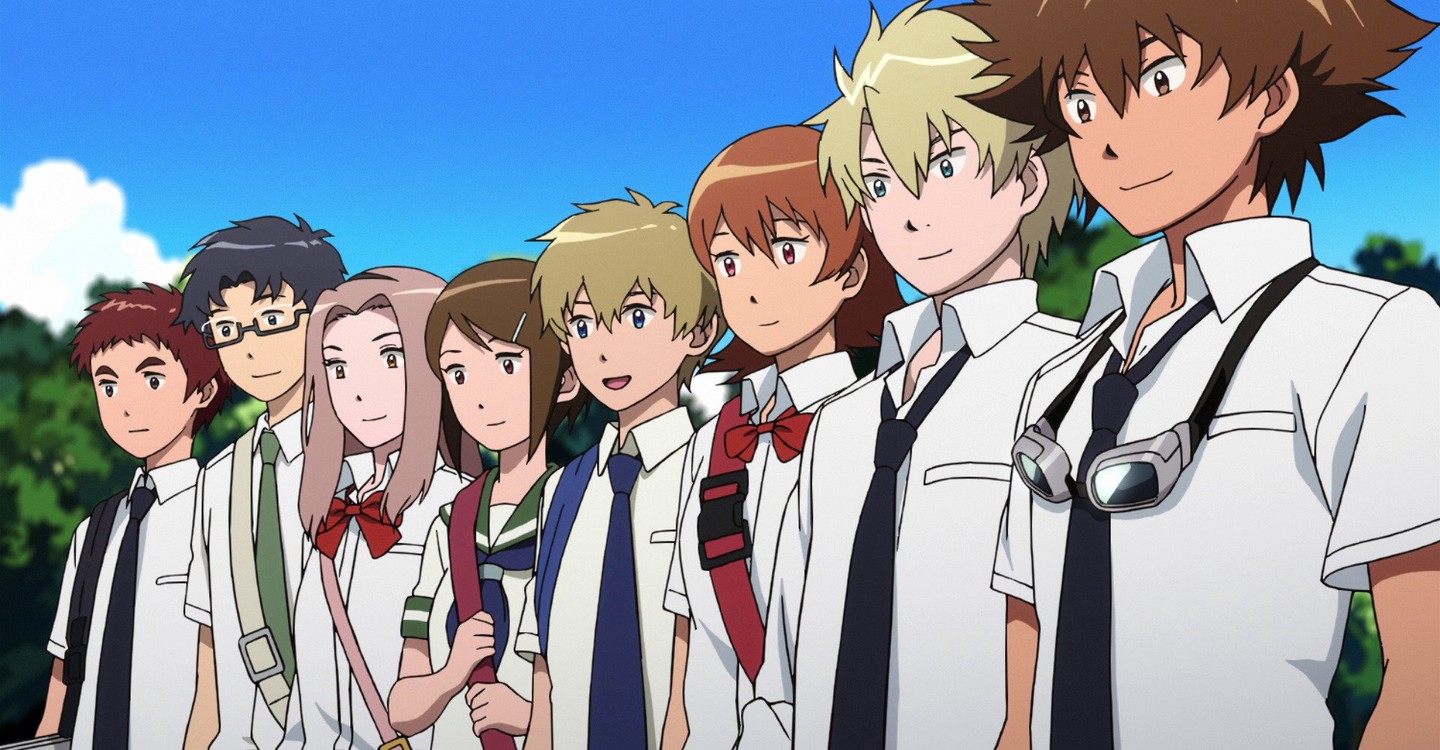 Almost anyone who grew up watching anime has probably heard of ‘Digimon‘ at least once. Although the series faced a little bit of harsh criticism during its initial years because of all the things that it had in common with ‘Pokemon‘, it later did catch up with the 90s kids who learned to appreciate it for what it is. To get things out-of-the-way, the ‘Digimon Adventure tri’ films follow the events that occur after the second season of the main series. You don’t have to necessarily be familiar with the entire series to watch this but to get a better experience out of it, some basic previous knowledge of the series is recommended.

While the entire story of the movie has the typical ‘Digmon’ feel to it, it is a little light-hearted compared to ‘Digimon Tamers’ and that’s what makes it a bit more enjoyable. What’s really special about this movie series that even though the “Digidestined” kids have changed physically, some small traces of their old physical traits and even their personalities are still left in them.

The animation style is obviously way better than the original series and even the actions scenes are more fluid and intense. While Toei Animation is mostly known for its vintage art style, this one clearly defies the norm with its modern approach towards it. At the end of the day, the ‘Digimon tri’ movies have done a great job with capturing that nostalgic essence that this show has always had. It brings in new elements but also retains everything that made the original series memorable. A lot of it has drastically changed, especially the characters who are not in school anymore. But even then, everything still feels the same and if you’ve had a “Digimon phase” during your childhood days, these films will take you back on a beautiful journey down the memory lane.

Digimon Adventure Tri 7 Release Date: When will it premiere?

Digimon Adventure Tri 6 premiered on May 5, 2018. ‘Digimon’ is one of those few anime shows of the late 90s that have had a huge impact on what anime is today. Like other similar anime such as ‘Pokemon‘, ‘Digimon’ has always been able to offer something to its loyal fan base. Out of all the different versions of the anime, its recent film series gained a lot of popularity amongst fans. The series started off with a film titled ‘Digimon Adventure tri. 1: Saikai’ which premiered on November 21, 2015. Most fans like me have now been waiting for a seventh film in the series but unfortunately, the sixth one was pretty much the end of it. Luckily for us, a whole new ‘Digimon’ movie has been scheduled for the year 2020 which will be commemorating the franchise’s 20th Anniversary. To know more about this film, you should move on to our preview of ‘Digimon Adventure: Last Evolution Kizuna‘.

The entire ‘Digimon’ franchise is extremely huge and it’s nearly impossible to find every version of it on one single platform. You can still stream most of it on Crunchyroll in an English Dub Format.

A grandiose adventure begins when a group of kids is magically teleported to a Digital world. In this new magical world, the kids come across strange creators called Digimon who latch on to each one of them. As the kids try to look for an escape from this new world, they realize that they have been “DigiDestined” to fulfill a purpose. Evil forces have been trying to invade the Digimon world and only the kids can save it from getting entirely corrupted.

The ‘Digimon tri’ movies are set 6 years after the events of the summer adventure where the kids saved the world of Digimon. All grown up now, the kids must reunite as their Digimon friends seem to be in trouble again. This sets them off on another unforgettable adventure. This time around, even the lines between the digital world and the real world will start diminishing and the teens must now save both the worlds together.

Taichi Kamiya is the main protagonist of the show who acts as a leader in the world of Digimon. He never thinks twice before taking a decision and is always willing to put his own life on the line to protect his friends. His Digimon partner is Agumon who is a tiny dinosaur-like creature. During battles, the two get along really well and show immense courage even against the toughest enemies. But when they’re not battling, they often have a good time with each other and even poke fun at each other’s goofy personalities.

Yamato is Taichi’s elder brother who is the complete opposite of him. Unlike Taichi, Yamato believes in taking calculated risks and barely gets into trouble. But as an elder sibling, he always tries to look out for his younger brother. The contrasting personalities of the two brothers often lead to conflicts between them. But they somehow manage to resolve these and never stop loving each other. Yamato’s Digimon partner is Gabumon who has a wolf-like body and like Agumon, he is very loyal to his master. He also shows a lot of courage during battles and also seems to have a very close-knit bond with his master. He also manages to get along well with others of its kind.