Digimon Survive: Everything We Know 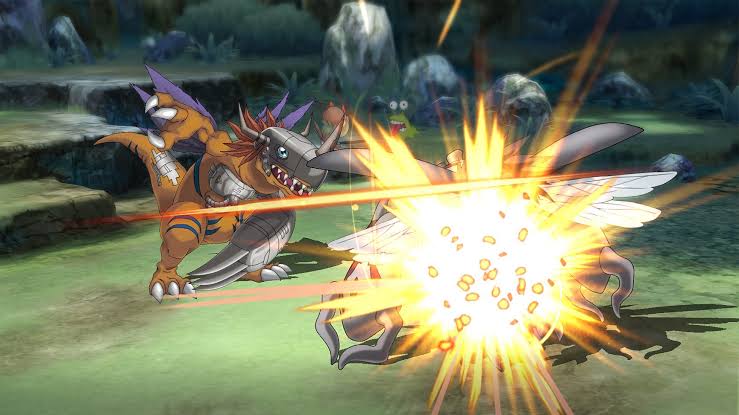 While I’m willing to bet that most of you reading this are familiar with ‘Pokemon’, being a veritable behemoth of a video game, anime, manga, trading card, feature film, and animated film franchise that it is, not as many will be familiar with ‘Digimon’.

In many ways, ‘Digimon’ bears a stark resemblance to ‘Pokemon’. Both franchises came out of Japan in the 90s and gained worldwide popularity due to successful video game and anime adaptations, the central theme of both is taming monsters and the protagonist is both cases is a teenage boy.

However, beyond its initial days of infancy, ‘Digimon’ chose to head in a somewhat different direction. While Pokemon focused on cutesy creatures and simplistic, relatable storylines, ‘Digimon’ adapted a harder edge and did not refrain from exploring darker themes.

This is partly the reason why the series enjoys such an ardent fan base who crave a satisfying ‘Digimon’ flavored gaming experience. It looks like that could come to pass fairly soon with the upcoming game titled ‘Digimon Survive’. Read on to find out everything we know about the newest game in the ‘Digimon’ franchise.

What is the Digimon Series About?

‘Digimon’ is a wide-ranging Japanese media franchise that covers anime, manga, video games, films, trading cards, and virtual pet toys. The main focus of the series is on the titular Digimon, which is a portmanteau of Digital Monsters. These monsters are found in the mysterious parallel Digital World, which was formed as a product of Earth’s numerous communication networks.

Digimon hatch from Digi-Eggs. After being born, the Digimon evolve via the process of Digivolution, which enhances the powers and abilities of the Digimon as well as potentially unlocking new ones. The evolutions can also drastically alter the appearance of the Digimon, similar to the evolution system in ‘Pokemon’.

However, unlike ‘Pokemon’, the evolution process in ‘Digimon’ is not permanent, and Digimons eventually revert back to their basic form after exhausting all their energy. Most of the Digimon also possess the ability to understand and converse with humans.

Digimon Survive Gameplay: What to Expect?

The upcoming ‘Digimon Survive’ is a Tactical Role-Playing Game (TRPG), the first full-fledged ‘Digimon’ RPG experience since 2016’s ‘Digimon World: Next Order’. The main storyline of the game follows Takuma Momotsuka, a young school student who chances upon a hostile Digimon during a class field trip along with his friends. The group manages to fend off the attack with the help of a benevolent Koromon but quickly realize that they are trapped in the world of Digimon.

The webpage for ‘Digimon Survive’ describes the game as follows:
“Celebrating the 20th Anniversary of the Digimon Anime, Digimon Survive presents a brand-new adventure set in a mysterious world with characters designed by Uichi Ukumo, and music by the much-acclaimed Tomoki Miyoshi.

Digimon Survive sees a brand-new group of teenagers, led by Takuma Momozuka, get lost on a school camping trip, finding them transported to a strange new world of monsters and danger.”

Much like the anime, you will be able to tame your own Digimon in ‘Digimon Survive’. The game features branching narrative paths and multiple endings as well. The choices you make throughout the course of the same will not only affect the game’s storyline but also affect the possible Digivolution paths of your Digimon. The game will even go as far as to kill off certain characters should the wrong choices be made at critical moments.

Not much has been revealed about the combat gameplay of “Digimon Survive’ so far, other than it will be a classic turn-based strategy experience.

Digimon Survive Developers: Who Are the People Behind the Game?

‘Digimon Survive’ is being developed by Japanese video game development studio Witchcraft and published by Bandai Namco Entertainment. The studio is best known for games such as ‘Kurayami no Hate de Kimi o Matsu’ for the Nintendo DS, ‘Drakerider’ for iOS and Android and ‘Idol Death Game TV’ for the PlayStation Vita.

Digimon Survive Release Date: When and Where Can I Play It?

Although initially set to release last year in 2019, ‘Digimon Survive’ has since been pushed back to an as-yet-unspecified release date in 2020.

‘Digimon Survive’ will be playable on a number of platforms including PlayStation 4, Xbox One, Nintendo Switch and PC (Microsoft Windows).

You can watch the trailer for ‘Digimon Survive’ right here.